Phones for the drinking classes

"Their marketing seemed to be aimed at the more erm ... chav infested end of the market", wrote one Reg reader on the demise of Phones4U, which went into administration on Sunday.

But the drinking classes needs phones too, and why shouldn't they have them? Phones4U catered to this need very astutely, and with more care than any other telecoms company. Phones4U's segmentation studies of the market became legendary, and here's one notorious example dating from 2005. These have been circulated privately in the industry - usually with a mixture of both horror and awe - but never really been seen much in the world beyond.

As a fond farewell to Phones4U then, this is the way it saw its customers. As far as Phones4U was concerned, the UK was inhabited by such tribes as the iPod Babes, Top Gear Tigers, and Bingo Boilers.

Yes, it's a sustained insult by a company to its potential customers - with potentially Ratneresque consequences had it ever got out. But these stereotypes also allowed a 16 year old with no prior retail experience in a phone shop to sell phones successfully - without wasting the punter's time on something that didn't really suit them. And that's successful salesmanship: everyone was happy.

The UK has changed, and the phone market has changed enormously in nine years. The prepay/postpay split has reversed. There's much less diversity than before. But I wonder how many of the identifiers are still true? "I do well for myself & don’t mind telling you! (The “i” on the back of my car is crucial to me!)", "says" Top Gear Tiger. And maybe he still does.

Anyway, without further ado, here are the people of Britain as seen through the 2005 lens of the Phones4U marketing department: 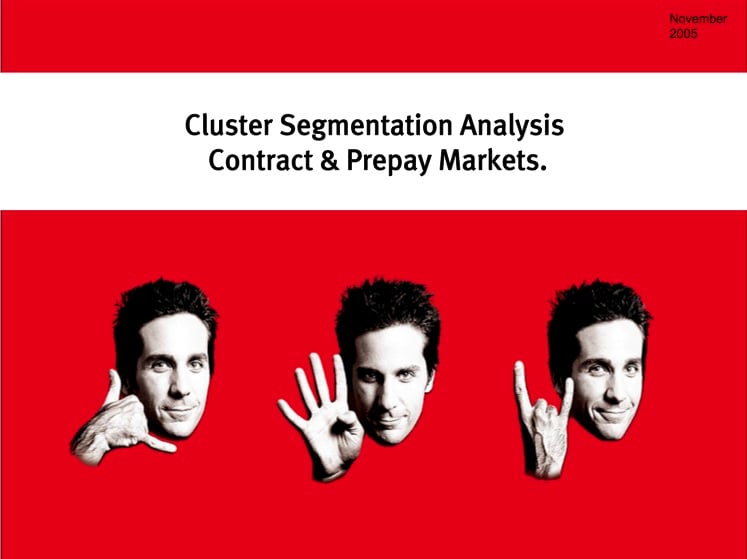 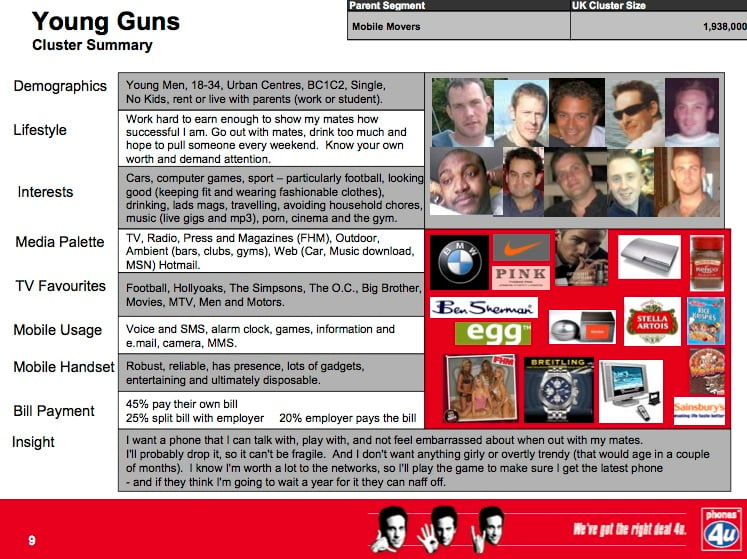 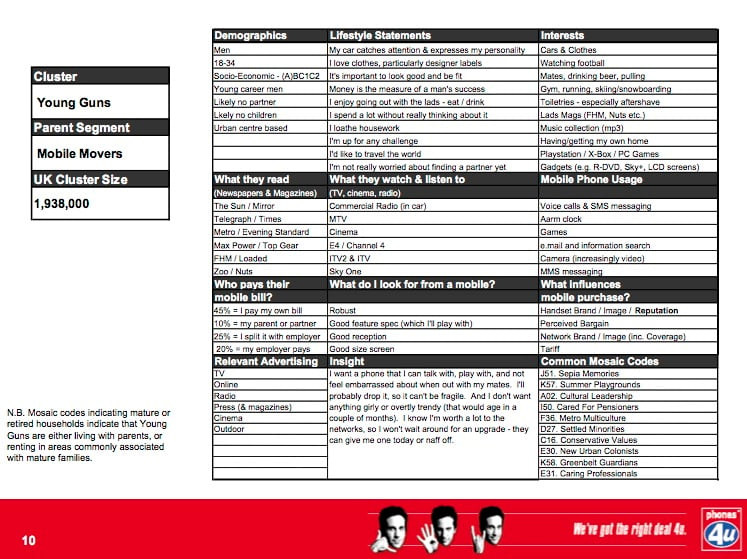