Game Theory It seems it’s taken Kickstarter to revive the turn-based strategy RPG, especially as the big game developers trip over each other to mishmash genres into huge titles like Destiny, so that everything seems have been turned into a shitty FPS. 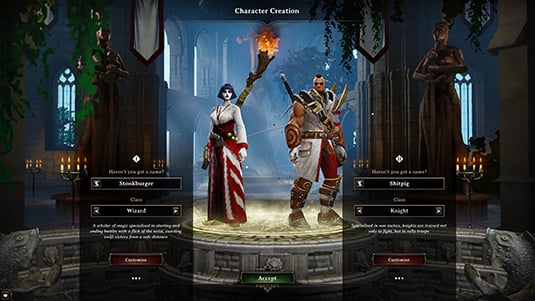 Thankfully, Divinity: Original Sin doesn’t come across as anything less than Triple A and not once did I think to myself “Wow, this is good for a Kickstarter game”. This is a surprisingly high quality RPG in the isometric tradition of Baldur’s Gate; it truly holds its own. I’m 80-plus hours in and Divinity: Original Sin is my favourite game of the year so far. It’s everything you could ask for from an RPG.

I begin my adventure with a partner, so I start by creating two characters, a Geomancer/Pyrokinetic Mage and a Knight with an enormous two-handed sword. They are Source Hunters – vigilantes who enjoy hunting and killing nasties. 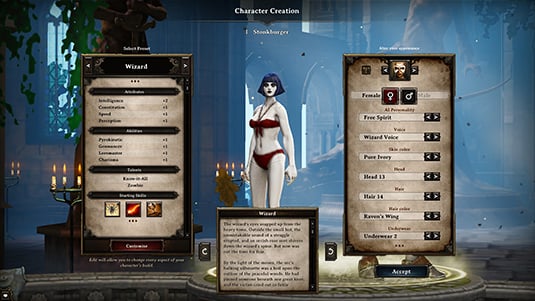 As the game progresses I quickly gain another two companions: a valuable Mage Jahan, who uses Hydrosophist and Aerotheurge magic, and Madora, a Warrior with a two handed weapon and the Man at Arms skill. Having a party member such as Jahan with blacksmithing and crafting was essential to upgrade weapons and later create armaments made of Tanebrium.

Thanks to my initial AI personality choice of Free Spirit, my partner often disputes my choices of how the narrative will proceed and – along with a number of NPCs along the way – I will need to battle it out with a game of Rock, Paper, Scissors. The winner gets the final say on how to advance. It’s this attention to detail and initial character customisation that adds depth to the narrative and makes DoS so enjoyable. 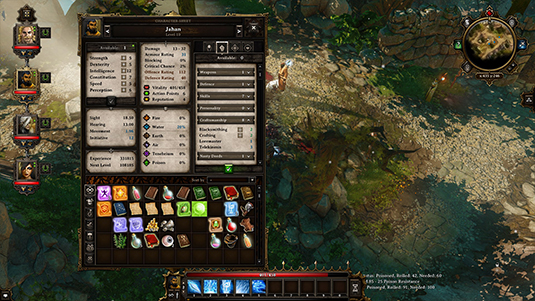 Get your skills in order

The plot starts with an intriguing murder, which I’m asked to investigate while trying to avoid the undead plague surrounding my starting area. This starting area, Cyseal, is where I purchase my skill books and is inhabited by a rather randy cat.

Divinity: Original Sin looks vibrant and charming; the isometric zoomed-out view supplies enough detail without worrying about each blade of grass. The general stylistic aesthetic fits the RPG theme of the game, with additional ambient sound effects and interactive objects to add a decent level of realism. There’s a lot of magic happening and the particle effects from abilities and spells looked suitably bling, but this ain’t no Witcher 3. 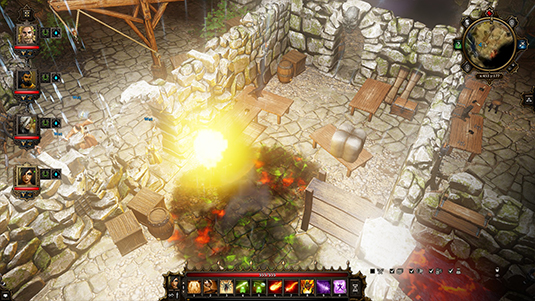 Magic is one of the most exciting elements of Divinity. I can call down a swift shower to put out fires and generate electric clouds that produce static shocks to paralyse foes. I can also cast a fire spell to warm up a frozen companion or set fire to black oil and poisonous ooze. Witchcraft uses the intelligence attribute and as I had two mages it was crucial. In many situations I needed magic to stun, freeze or someway block enemies so as not to be overwhelmed.

Talents such as Glass Cannon for Mages, casting twice as many spells per turn, is awesomely overpowered. Having a Warrior with leech (regeneration while standing in blood) made my game considerably easier. Generally combat is deep, tactical, and highly addictive with a definite sense of progression. 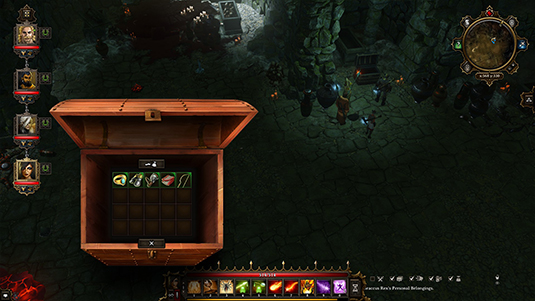 Keeping an eye out for switches is vital unless I want to spend ours backtracking as there are a lot of puzzles throughout this game. Just don’t mention the illusionary door! Any bugs (menus mushed up on my Gigabyte Brix Pro for a while) or niggles I did come across will hopefully be fixed with the patch and DLC "The Bear and the Burglar" that’s just arrived.

Divinity: Original Sin is able to capture the feeling of its old-school RPG ancestors Neverwinter Nights 2 and Baldur’s Gate as it’s full of deep and engaging roleplaying, while also improving the genre. Larian Studios have filled Divinity to the brim with roleplaying potential and will appeal to anyone who’s tuned into The Quest or nostalgic for weekends spent playing Heroquest.