Do ya feel Luck-y, punk?

Another day, another bunch of VCs pour cash into a tech startup. Move along; there’s nothing to see here - or is there?

The lucky recipient of $11 million in a B-round of funding is Hazelcast, an in-memory computing hopeful which claims it is the leading open source in-memory data grid and up and coming InMemory NoSQL technology provider.

The round was led by Earlybird Venture Capital and existing investors including Ali Kutay (seed), Rod Johnson and Bain Capital Ventures (Series A). Total capital raised is now $13.5m.

Palo Alto-based Hazelcast was founded in Turkey by Talip Ozturk, now its CTO, and started out as an open source in-memory data grid project for Java. It competes with Oracle and NoSQL vendors such as MongoDB, DataStax (Apache Cassandra) and Couchbase. DataStax recently raised $106m in what’s thought of as a pre-IPO round.

The CEO is Greg Luck, appointed in June 2014, and the creator and founder of Ehcache, an open source java cache, said to be the most widely used Java cache in the world with one million developers across 190 countries on 2.5 million deployments. 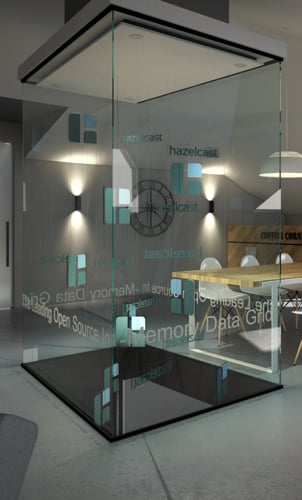 IMDG performance can be delivered, Hazelcast says, on top of any database including Oracle.

Hazelcast is about to release a large scale caching product and thinks enterprise in-memory computing will become mainstream. It said it is favoured inNOSQL use cases because of its performance, 10 X faster on reads than Cassandra, and also faster at writes. It has an elastically scalable KeyValue store with extreme in-memory performance, it claims, under the same Apache 2 open source software license that Apache Cassandra uses.

Wouldn’t it be great if Open Source software eviscerates the expensive Exadata scheme? ®