Linux? Bah! Red Hat has its eye on the CLOUD – and it wants to own it

CEO says it will be 'undisputed leader' in enterprise cloud tech 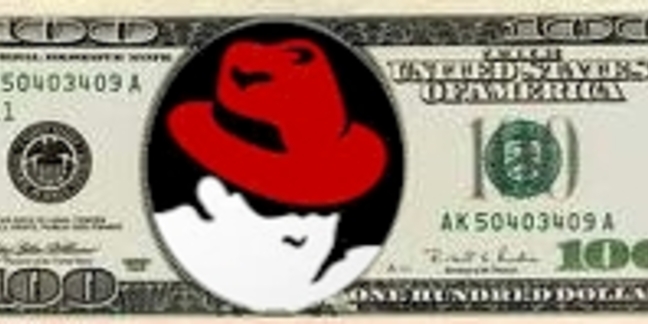 Not content with running the industry's largest enterprise Linux vendor, Red Hat CEO Jim Whitehurst says he wants to make the company the industry's leading enterprise cloud vendor – and he plans to "win" that market before someone else does.

"Right now, we're in the midst of a major shift from client-server to cloud-mobile. It's a once-every-twenty-years kind of change," Whitehurst wrote in a blog post on Monday. "As history has shown us, in the early days of those changes, winners emerge that set the standards for that era – think Wintel in the client-server arena."

Red Hat certainly isn't alone in eyeing the cloud for its next big score. 451 Research has estimated the market for OpenStack alone at $3.3bn by 2018, and companies ranging from Linux vendors like Canonical to entrenched IT companies like HP, Oracle, and VMware are all vying to come out on top of it.

And then there's Microsoft, which has outlined its own vision of a "cloud OS" – naturally, powered 100 per cent by its own, proprietary software.

"The competition is fierce, and companies will have several choices for their cloud needs," Whitehurst admitted. "But the prize is the chance to establish open source as the default choice of this next era, and to position Red Hat as the provider of choice for enterprises' entire cloud infrastructure."

Whitehurst said Shadowman will stake its cloud efforts on a combination of OpenStack, its OpenShift PaaS offering, and its CloudForms management platform. But it will also push its storage solutions and JBoss middleware, he said, to deliver as much of the enterprise infrastructure stack as it can.

This shift in strategy toward the cloud doesn't mean Red Hat will reduce its focus on Linux, either, Whitehurst said. It's just that these days, the engineering challenge is bigger.

"The original vision for Red Hat Enterprise Linux was simple – to create the best enterprise-class server operating system," Whitehurst said. "But the community has taken Linux further than any of us could ever have imagined. It now serves as a foundation for the next-generation datacenter."

Going forward, he said, Red Hat – which has seen revenue growth in the double digits, year-over-year – is putting all of its efforts into helping customers build out those next-gen data centers.

"We want to be the undisputed leader in enterprise cloud, and that's why Red Hat is going to continue to push," Whitehurst wrote. ®

As Red Hat prepares to become part of Big Blue, its financials look as solid as Linux kernel 2.4

Could it be that IBM has spent its money wisely for a change?

IBM: Why yes, Red Hat is doing great. Thanks for asking. The rest of Big Blue? Sure, wait – someone's at the door...

Fantastic quarter: Sales, down. Profit, down. Business as usual