Review + Vid Samsung doesn’t invent anything: it just "copies Apple." Even judges say so. The only explanation for the new iPhone 6 Plus, then, is that Samsung copied it early. 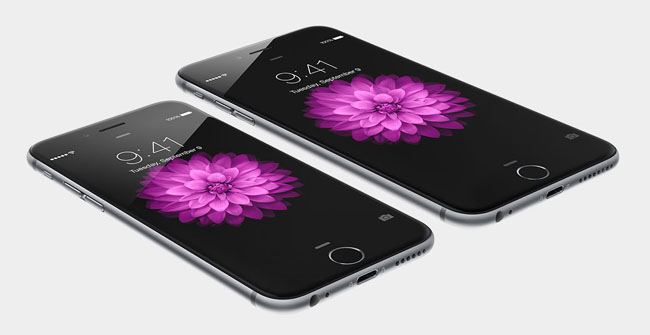 Fatboy Slim: Apple's iPhone 6 and 6 Plus side by side

As the South Koreans have been quick to point out, Cupertino’s 5.5-inch telefondleslab appears three years after the 5.3-inch Galaxy Note first introduced the concept of a mobile phone the size of a paperback.

Widely derided by the same kind of people who thought it would look silly to take photos with an iPad — normal people, that is — the Note sold well, shifting 10 million units in a year. So, at the same time as shrinking the iPad, Apple, it seems, set about growing the iPhone.

Even this year’s standard model — the iPhone 6, which we reviewed recently — has a larger screen than before, at 4.7 inches. But the 6 Plus is Apple’s shamelessly direct competitor to Sammy's Note, whose fourth iteration is due next month, and the “phablet” sector that it spawned, including Microsoft’s six-inch Nokia Lumia 1520.

Like the Nokia, the iPhone 6 Plus has a 1920x1080 display, although its slightly smaller size gives it a higher pixel density: Apple’s highest ever, in fact, at 401ppi. This could be the crispest screen you’ve ever used. In practice, however, that may not be your impression — and there’s a reason for that. Allow us to digress.

The original iPhone, back in 2007, had a resolution of 480x320 pixels. When Apple moved to Retina displays with the iPhone 4, it simply doubled that to 960x640. Existing apps were displayed neatly using a 2x2 block of actual pixels for each designed pixel, and developers could add “2x” assets at their convenience to use the full capability of the new screen.

The same approach was taken with the iPad, which started at 1024x768, then moved up to a Retina resolution of 2048x1536. This simplicity allowed Apple to tout a major advantage of developing apps for iOS rather than Google’s rival Android operating system, used by Samsung and others: the whole hardware range could be catered for with just a couple of screen formats.

Designing software for the different shape and size of the iPad, versus the iPhone or iPod touch, meant thinking again about what elements to put where and how big. But catering for Retina was a mere mechanical process of creating the exact same graphics at twice the resolution. Instead of planning out their user interfaces in pixels, developers started to think in terms of “points”, which would be rendered as 1x1 pixel on older devices and 2x2 on newer, at the same physical size.

Things were slightly complicated by the introduction of the taller iPhone 5, but its 1136x640 resolution simply tacked a bit extra onto the end. 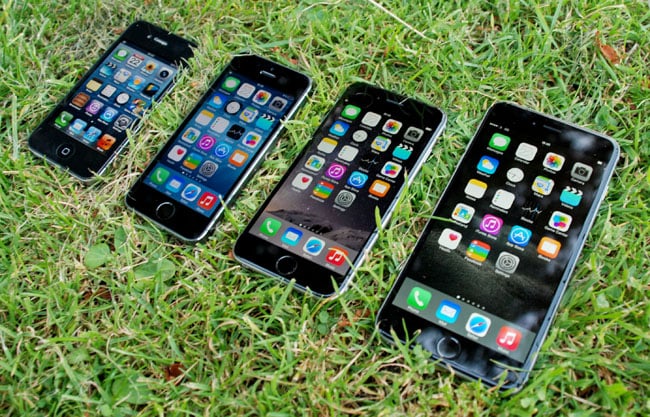 Eyebrow-raisingly, therefore, the iPhone 6 Plus renders a 2208x1242 display downscaled to 1920x1080. It’s much like viewing a multi-megapixel image in Photoshop at less than 100 per cent to fit it on your screen. As in Photoshop, a smooth resampling algorithm is used so that nothing looks jaggy. But there’s no integer ratio between a pixel designed by the software developer and a pixel on your iPhone 6 Plus screen. That’s something the fragmented Android world has long tolerated, but it’s new to perfectionist Apple.