It has to be said that, at 401ppi, the scaling really isn’t noticeable; iOS 8 and its default apps look lovely on the Plus. Other apps that haven’t been optimised with 3x assets, however, are upsampled considerably before being downsampled again, and the result is visibly soft rendering. Even live text isn’t so hot in legacy apps, which for the moment means almost all of them. 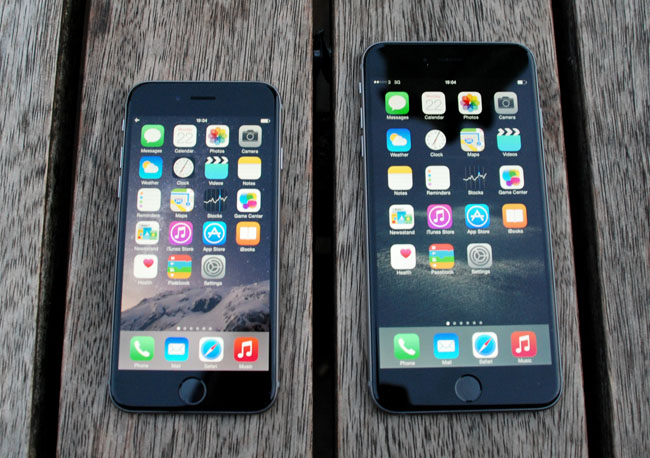 A question of scale

And upscaling to this extent, as opposed to the slight magnification of existing apps on the 4.7-inch iPhone 6, raises issues of usability as well as quality. To be frank, everything is stupidly big. You can enjoy the same effect across the whole operating system with Zoomed mode (from Settings > Display & Brightness): home screen icons come out bigger than on a full-size iPad, which feels quite wrong.

Still, you’re unlikely to choose Zoomed mode unless you’re compensating for eyesight problems, in which case the 6 Plus might be just what you’re looking for. And as more apps are updated for 3x, everything in Standard mode will settle down to making proper use of the larger display.

Of course, 1920x1080 happens to be the exact resolution of a Full HD movie such as those you might rent or buy from Apple’s built-in iTunes Store. Hurrah! But wait. Screen-grabbing playback in the Videos app shows that the display is still being rendered at 2208x1242. Yes, the software is actually scaling up your 1080p video (reducing its quality) so that the hardware can scale it back down (reducing its quality) to display it at 1080p. Madness. 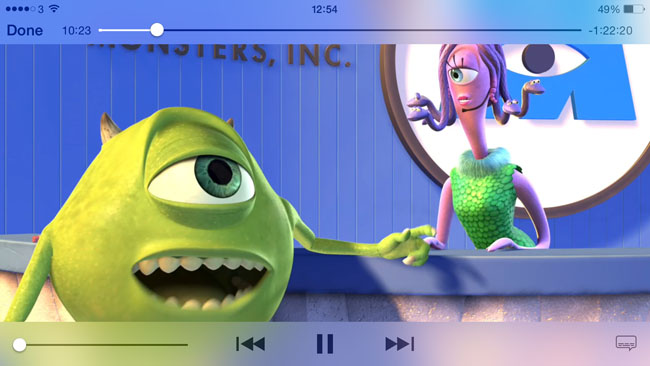 Does it matter? Not really, because films still look great. Apple hasn’t adopted the fancy AMOLED technology favoured by Samsung, so the colour gamut is still a few percent shy of sRGB rather than exceeding it with super-saturated hues that only bees can see. But this new panel ups the previous 800:1 contrast ratio to 1300:1 (the 4.7-inch iPhone 6 manages 1400:1), and the enhanced dynamic range does make a difference.

You can also watch more on the move: Apple claims 14 hours of battery life for video playback, compared to 11 for the 4.7-inch iPhone 6 and 10 for the 5s. In other tasks, however, power consumption is less improved, despite the Plus’s 2900mAh battery — 60 per cent more capacious than the smaller model. 12 hours of 3G, 4G or Wi-Fi browsing is promised, but games will work the processor harder, and overall a full day of heavy use may still leave you needing an external power source.

iOS 8 makes constructive use of the bigger screen — up to a point. Web pages are less cramped in the Safari browser, which, thanks to the new A8 processor, renders blisteringly fast. Everyday apps like Mail and Calendar not only pack more information in without making it illegible, but also gain landscape modes to use the space in different ways. Turning previous iPhones sideways was a last resort with text-based apps because you had to scroll to see anything much, but the Plus is broad enough to feel more iPad-like, even though it’s 16:9 rather than 4:3.

Unfortunately, not everything has been thought out. Home screen folders still show only a grid of nine icons, though far more would easily fit. And rotation lock (accessible by sliding up Control Center from the bottom of the screen) can only force portrait orientation, as on other iPhones, not landscape, as on iPads. Nor is the iPad’s split keyboard, enabling typing with two thumbs, available here, although at least iOS 8 finally permits third-party keyboard apps to give you alternatives. 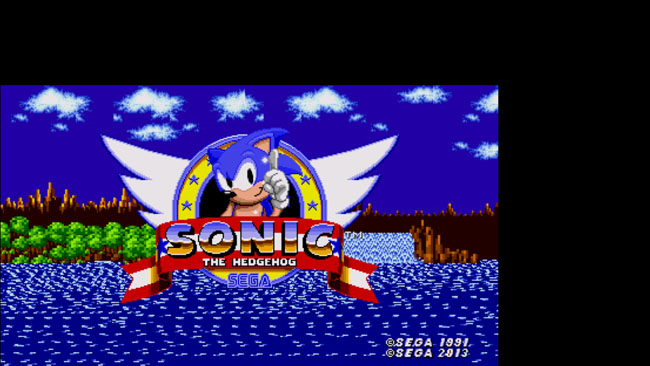 Games ought to benefit from the extra space, especially with the A8’s 50 per cent increase in GPU power. But existing titles can feel awkward when scaled up, putting mid-screen controls and objects out of thumb reach. Only titles designed with the Plus in mind will really zing.