Phones 4u demise: 1,700 employees laid off with redundo package 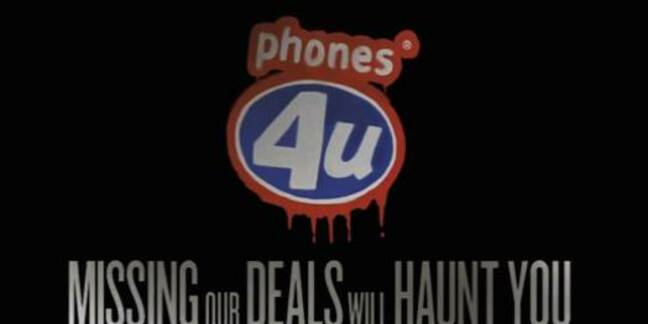 The axe fell on nearly 1,700 jobs at Phones 4u last night, a little over a week after the High Street retailer went into administration.

It brings the total number of staff laid off with redundancy packages so far to 2,325 – nearly half of the company's workers. The staffers had been based at 700 outlets, including 550 stores, throughout the UK.

Administrator PwC had been locked in talks with operators Vodafone and EE, before securing court approval for the sell-off of 198 Phones 4u shops, which saved 1,246 jobs out of what had been a 5,596-strong workforce in Blighty.

PwC said in a statement on Monday night that 1,697 employees had lost their jobs, following the decision to permanently close 362 stores that couldn't be rescued during the administration process.

“It is with much regret that we have today made the difficult decision to close a large number of stores. It is a very sad day for the staff working at those locations and our thoughts are with them," said PwC's joint administrator Rob Hunt.

"We will make every effort to help the affected staff, working with the Phones 4u HR team over the coming days to support employees."

Last week, Dixons Carphone said it would hire 800 Phones 4u employees who had worked at 160 concessions in the company's Currys and PC World stores.

BC Partners, the private equity vehicle that bought Phones 4u in 2011, has come under fire in some quarters for failing to safeguard the retailer's future.

As noted by the Financial Times, it has been criticised for pocketing a special £200m dividend paid by Phones 4u last autumn, after the retailer borrowed the cash leaving it with crippling debt on its balance sheet.

The move allowed BC Partners to recoup its original investment plus interest, after Phones 4u issued a bond on the Irish Stock Exchange last September - many months before carriers O2, Vodafone and EE told the retailer that they would not be renewing their contracts with the company beyond 2015.

“We have seen far too many cases of private equity firms borrowing money to take over companies, stripping them of assets and leaving them vulnerable to financial collapse. This model of value extraction is bad for business. It is always the workforce that ends up paying the price.” ®