In the immortal words of Shaggy, it wasn't me us ... amirite? 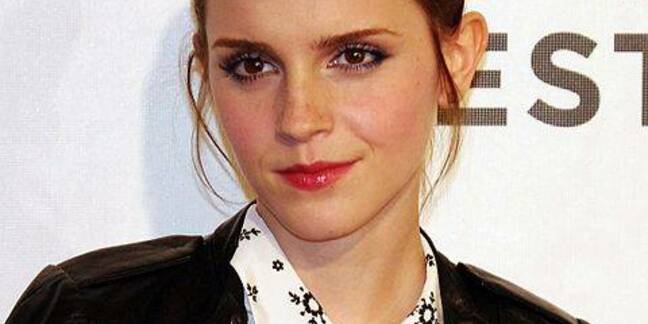 The Emma Watson nude photo leak scandal has been exposed as a spoof - by a gang of spoofers.

A mysterious "marketing firm" calling itself Rantic has been fingered as the architect of a fake threat to leak nude images of the Harry Potter starlet.

The internet was set alight this week by rumours that 4chan nutjobs were planning to release Watson's intimate pics as revenge for a speech she gave to the UN, in which she asked men to embrace feminism.

A website called EmmaYouAreNext launched soon after, featuring a picture of the starlet crying alongside a timer ticking down to the moment when the pictures would be splurged.

But now the website is gone and visitors are instead forwarded to Rantic.com, which claims to be the homepage of a marketing firm which wants 4chan banned.

"We have been hired by celebrity publicists to bring this disgusting issue to attention," "Rantic" wrote. "The recent 4chan celebrity nude leaks in the past 2 months have been an invasion of privacy and is also clear indication that the internet NEEDS to be censored. Every Facebook like, share & Twitter mention will count as a social signature -- and will be one step closer to shutting down www.4chan.org. "

But even this is starting to look like a stunt. According to this Reddit post, Rantic.com and emmayouarenext.com are hosted on the same server. Both are apparently linked to Fox Weekly – no connection to the Fox Entertainment Group or 21st Century Fox, though we imagine they'd hope you'd think so.

"The mainstream media have allowed themselves to be used in a viral marketing scheme," one Reddit poster claimed.

The Reddit claims have been picked up by various websites, and now feature in Fox Weekly's Wikipedia entry.

The 4chan community have been quick to distance themselves from the threats. One poster wrote:

"I know there are several journalists lurking /pol/ - so I just want to say, when these Emma Watson nudes come out, IT IS NOT 4CHAN. This is a false flag by /whichever agency/, probably NSA or something.

"4chan holds Emma in high esteem, and while most of us would fap like crazy to real nudes, it's not us hacking the cloud.

"Thanks for listening. Oh, if by some rare fluke Emma Watson is reading this - many on 4chan respect what you're doing as a moderate, balanced feminist and we don't hate you like we hate the social justice warriors."

Naked celebrities are, ahem, hot right now, following an incident called The Fappening, when images of dozens of naked starlets stolen from the devices of celebs were published on the 4chan message board and various other sites. ®

Live a day in the life of Jennifer Lawrence: Tell Reddit to delete your stolen nude selfies