How the FLAC do I tell MP3s from lossless audio?

Can you hear the difference? Can anyone? 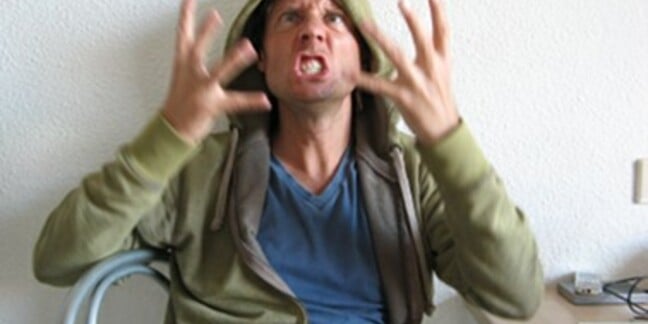 Can people hear the difference between lossy MP3 digital music files and lossless ones? Opinions differ strongly, with much obfuscation around audio cables, mastering and hi-fi componentry muddying the waters.

This article was prompted by commentard critiques of Sonos streaming Wi-Fi speaker/player reviews and audiophiles saying I knew less about hi-fi music than a hole in the head.

Okay, granted I knew less than someone devoted to hi-fi with a dedicated listening room, and carefully selected and matched components often costing upwards of a couple of thousand pounds, sometimes much more.

But I did have Sonos speakers and these, for my iTunes digital music collection, were infinitely superior to the commodity-level Sony and Sharp speakers, amplifiers and CD players I'd been used to. In particular, the Sonos/iTunes setup provided much better listening than a Sony CD player/amplifier and speakers.

At one level this is plain peculiar as CDs are encoded to a much greater fidelity to the original music than an MP3 file.

My thinking was that if MP3 encoding strips off data from the digital sound files then a lossless form of audio encoding should provide better listening, and that means something like a FLAC codec. Is it possible to get FLAC-encoded music played through my Sonos system and could I tell the difference between that and the same music encoded with MP3?

Let's first run through what I understand sound, hearing, CD-quality, MP3, FLAC, ALAC and iTunes import to mean. This is being done from the point of view of a Mac user and system, but the principles should be the same, I hope, for Windows users.

When it comes to telling the difference between MP3s and live music, I turned to Reg reader James Kilby.

He says: "My understanding of MP3 is that its mathematically modelled to remove sounds that a human can't hear. For example we can't hear a very high note after a very low note and vice versa. However different peoples ears/brains will react slightly differently so some people may be able to tell the difference between an MP3 and a FLAC."

(Who's James Kilby and why should you care what he says? In his own words: "My dad was a professional musician and I have worked in the live music arena before migrating over to IT so I would say I am somewhat of an authority to give an opinion on this.")

So the theory for higher-fidelity playback of stored music through the Sonos system is to get a FLAC copy of the music, convert it to ALAC, import that into iTunes, re-set the Sonos music index, and then play the music. The process, though, is fraught with difficulties and different people disagree on whether you can hear any difference between FLAC and MP3 music anyway.

Next page: Getting FLACs into iTunes on the Mac
Page:
Tips and corrections
222 Comments