Unchanging Unicorn: Don't be disappointed with Ubuntu 14.10, be happy

A calm before the storm

Review A number of Ubuntu flavours – Kubuntu, Ubuntu Gnome, Xubuntu and the brand new Ubuntu Mate (yes, it's official now) – this month participated in the first beta release of the next Ubuntu – 14.10, or Utopic Unicorn.

The main Unity Desktop was absent, meaning what's called the second beta (and is now available) is the first and only beta for the main Ubuntu 14.10.

This has been the pattern for the last several releases - the Ubuntu release sits out the first beta. This time, it may as well sit out the whole 14.10 release cycle.

Almost nothing has changed in the daily builds that have come out since 14.04 earlier this year.

That's not surprising, really, as Canonical never had big plans for 14.10. Head over to the Utopic Blueprints page and you'll see there are only 35 items listed. Compare that with the 13.10 release cycle of last year, which had 195 items.

Peruse the list for Utopic and you'll find that there is work being done on a number of "cloud" features as well as some security enhancements. The Blueprints pages aren't the end of the story in terms of what's new in 14.10, but they do show a decided lack of development happening on Canonical's end.

Things are happening elsewhere though. The usual slew of standard Unity apps have all seen updates – Firefox, OpenOffice, Thunderbird and Rhythmbox are all at the latest stable releases. The underlying GNOME elements remain at GNOME 3.10, which seems a little odd given the Ubuntu GNOME flavour moved to GNOME 3.12.

There are some new things under the hood as well. The kernel has been updated to 3.16 in this beta, which means some new hardware support. There are two items of note in 3.16: support for Dell's free-fall feature, which detects if your Latitude laptop is falling so things like spinning hard disks can brace for impact.

The other big thing is a new Synaptic input driver, which might fix misbehaving trackpads if you've had problems.

Kernel and application updates are standard fare for distro updates, but beyond that there's not a whole lot to see in the Utopic beta. 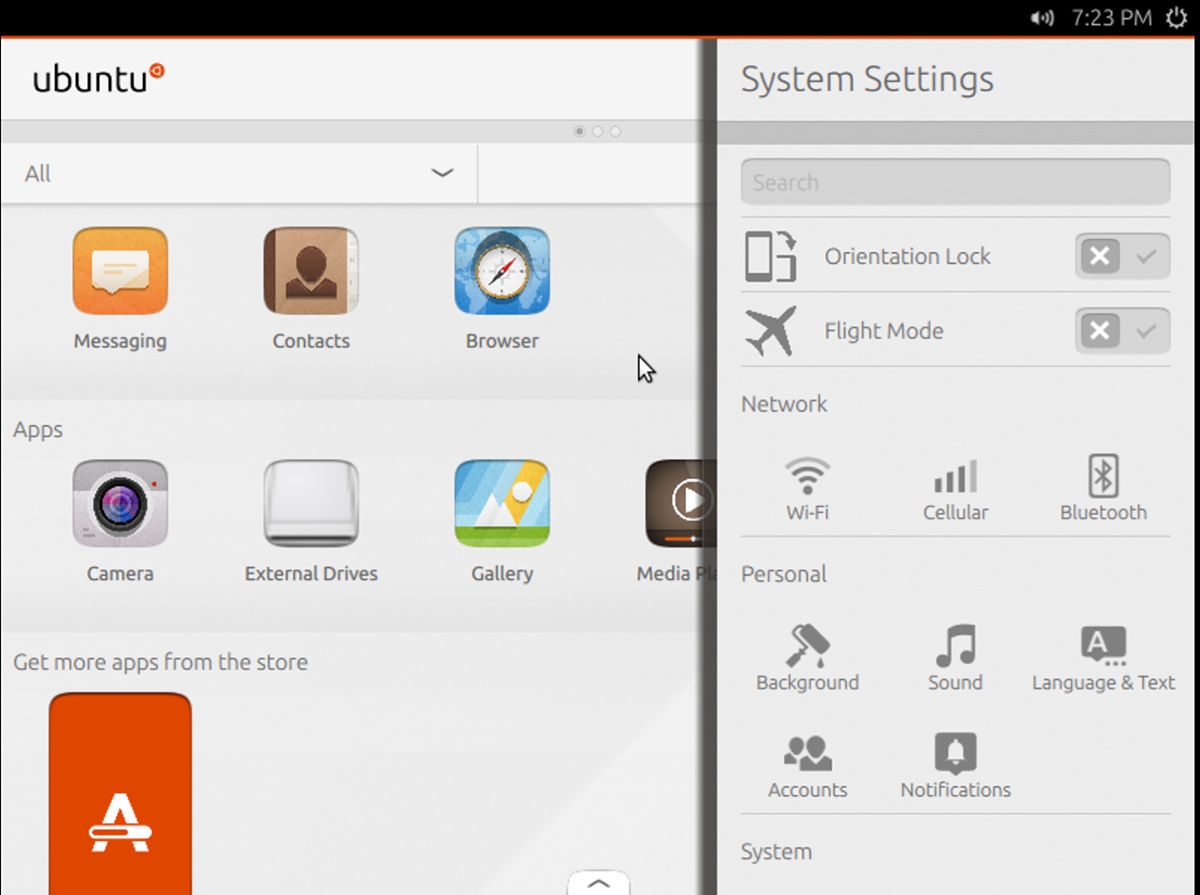 Those changes are Mir graphics display stack and Unity 8, which runs atop Mir, not just on the desktop but also on other devices like tablets and Ubuntu Phones.

That's why there is another, parallel Unity release available known as Ubuntu Desktop Next. It's here you'll find big changes in the works. Mir, Unity 8 and all the other exciting new stuff that's coming in the next couple of years lives in this channel for now.

Before you rush out and download that Desktop Next image, remember this: it's the bleeding edge. Not bleeding edge as in buggy, bleeding edge as in "won't boot at all in VirtualBox on my Debian machine". It did boot in a VMWare virtual machine running on OS X, but still offered up the phone/tablet interface rather than a desktop version of Unity 8. That's to be expected though, given that, according to development milestones Canonical has posted, Unity 8 for the desktop is still very rough around the edges. On the plus side, the mobile interface looks very nice.

Suffice it to say there is a lot of work to be done between Ubuntu Desktop Next in its current state and what Canonical is hoping to ship when 16.04 rolls around in a year and a half. Convergence, it seems, is still very much a work in progress.

In the mean time, we have 14.10, which thus far is looking more like what you get from a routine, mid-release cycle update than an actual new release.

That would be disappointing were it not for Ubuntu 14.04, which is such a good release that Canonical can probably get away with letting it sit for a while. ®