Ello, 'ello, what's all this then? We take a spin on the new social network driving everyone loopy

What the 'ell is this 'serpent-wept-constant' code invite?

Pics The history of social networks is littered with failures. Friendster, MySpace, Orkut, all have fallen by the wayside. Now Ello wants to add Facebook to that list: the invitation-only network has been growing by leaps and bounds of late. 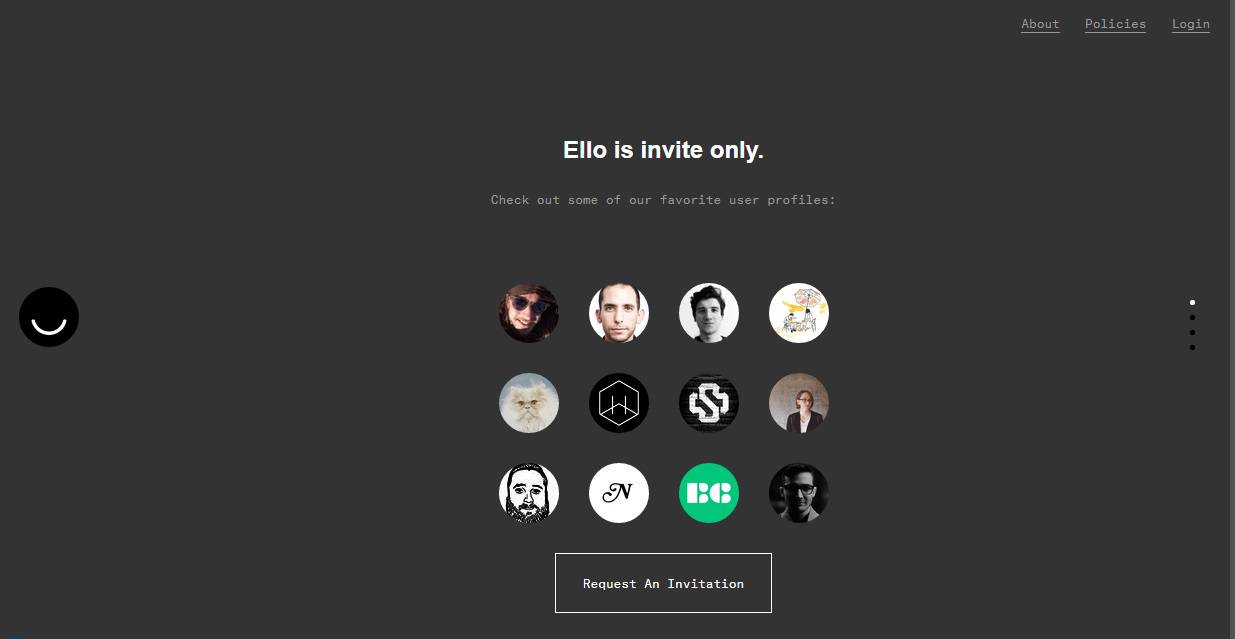 Ello is positioning itself as the anti-Facebook. The site doesn't carry advertising, won't mine your posts to second-guess your thoughts, and promises not to sell anything on the site to advertisers. Instead Ello intends to make its money by selling advanced features to users while retaining a certain base level of functionality.

"Virtually every other social network is run by advertisers. Behind the scenes they employ armies of ad salesmen and data miners to record every move you make. Data about you is then auctioned off to advertisers and data brokers. You're the product that's being bought and sold," the site proclaimed.

"Collecting and selling your personal data, reading your posts to your friends, and mapping your social connections for profit is both creepy and unethical. Under the guise of offering a 'free' service, users pay a high price in intrusive advertising and lack of privacy.

"We also think ads are tacky, that they insult our intelligence and that we're better without them."

So far so good – there are a lot of people pissed off at Facebook's increasingly ad-filled pages, the site's insistence that only your actual name can be used, and the endless requests from friends to play crap in-browser games.

But can Ello take on Facebook, and get enough of a following to be viable? After all, the value of a social network depends on having enough people involved to make it a useful tool and that means getting users on board and keeping them there.

We've been playing around with the site after getting an invitation from a friend, and the results are mixed. While Ello has an interesting premise and a completely new look for social networks, it's clear that there's a long, long way to go.

To say Ello is minimal is an understatement – it makes an Yves Klein painting look like a collage made by a kid in kindergarten. At first this minimalism is a turnoff, but it grows on you.

Part of the reason for this minimalism is that Ello comes across as very much a beta product at the moment. The icons are tiny and largely faint, contrastingly text boxes are big and clunky, but the text they display is tiny and low key. It's a real hodgepodge of styles.

The site is invitation-only at the moment, so you'll have to find a fellow Elloer and blag a pass. You can request an invitation from the site's owners, but Ello warns there's a backlog.

Once in, there's very little information to add – your name (whichever you chose), email address, a small amount of space for a biography, and that's about it. However, in the preferences section you can make your profile private, turn off the minimal amount of anonymized user tracking Ello carries out, and there's a delete-my-profile button.

Pictures can be dragged and dropped into position on your account page, and the image centering is reasonable enough. Other than that there's very little you can do apart from post images and thoughts, and comment on stuff. The FAQ guide is a masterpiece of minimal information.

So far so good, but what about finding other people? Well, in this regard Ello sucks. There's a discover button, but this just displays a list of random hipster strangers who you may want to link to. People can be categorized as either Friends you follow or Noise.

There's a search bar, but it doesn't work yet, and there's no way to allow the system to scan your email and find suitable matches. I was reduced to calling up mates, asking them if they're on Ello, getting their usernames, and manually altering the URL to find their profiles. Given that finding people is the main function of a social network, Ello may have come out of stealth mode a little too early.

The site's makers do post a huge list of things they plan to add, including enhanced search functions. You can also cut'n'paste in emojis - whoop. But in its current form, Ello isn't really up to much – and couldn't be described as anything more than a work in progress. [Edit: A good friend, and Ello member, heard this and told me I'd spelled 'wank' wrong.]

And for its next trick?

Based on its form today, there's little reason to rush onto Ello except to get naming rights for your online handle.

While that's the prime motivation for those of us geeky enough to care about such things, there's another side to the story. Ello is getting a lot of interest from people who really like the ad-free model and who are getting seriously annoyed, and in some cases alarmed, by Facebook.

They have good reason to be. Facebook is transitioning into an increasingly dictatorial system now that it has shareholders to feed and advertisers to keep sweet. Twitter too seems to be going down the same road of dictating to its users and piling adverts onto the service.

This is to be expected – we in the tech press have been warning about such moves for a long time now. But is Ello quite as pure as it makes out? And will its lofty goals stand up against the test of time? I have my doubts.

Ello already has venture capital funding and VCs aren't charities – they expect a return on investment. The site promises that its pay-for-features model will involve "very small" amounts of money but it's going to take a serious amount of cash to run the servers needed to power the site properly if it gets a serious amount of users.

What every social network needs is critical mass. Facebook has it, MySpace nearly had it, and Diaspora – which is the closest to Ello in business model – is dying for lack of it.

Getting enough people to support Ello's business model will be tricky. It all depends on how quickly the site can get up to speed and how much Facebook and its cohorts annoy their users. ®