Spill those Android secrets, or we’ll fine you 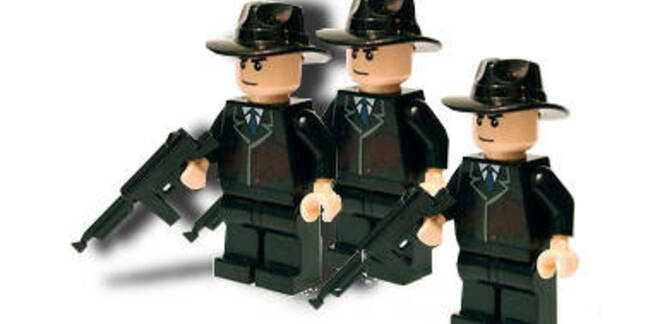 Exclusive Frustrated Brussels regulators have ordered mobe-makers to spill the beans on Google’s secret Android contracts – or face a fine.

The European Commission’s competition authority, the Director-General for Competition (DG-COMP) is concerned by several aspects of phone makers' relationships with Google, and wrote to them in the summer. Android dominates the global smartphone market, with a market share of over 80 per cent, and Google wants to put it in devices around the home, too.

Of concern to the competition authorities is the all-or-nothing bundling of Google mobile services, exclusivity requirements that may prohibit manufacturers from producing rival, non-Google phones, and details of pressure from Google to delay or cancel these non-Googly devices.

But terrified OEMs are staying mute – and DG-COMP weren’t happy with what they received. Earlier this month it issued a more detailed request. The latest request for information, seen by The Register, makes extensive demands to see not merely the contracts, but the OEMs' supporting documents, like emails.

OEMs who fail to reply face a fine of one per cent of annual turnover, going back five years.

A complaint was formally lodged with DG-COMP last year by FairSearch, a group supported by Nokia, Microsoft and Oracle.

So what does DG-COMP want to know?

Much of the probe focuses on the arbitrary nature of Android compatibility, which Google enforces to avoid the platform fragmenting. In 2010, a Google manager privately boasted that "we are using compatibility as a club to make them do things we want".

Who defines fragmentation, and is that fair?

While Google outsources the testing to third-party test centres, it has made passing the test contingent upon integrating its proprietary binary “blob”, GMS, into the stack – as one OEM told us here. The blob precludes phone makers from picking what they regard as the best services for their customers – if they want one Google service, they must take them them all.

This is contained in Google’s highly confidential “MADA” (Mobile Application Distribution Agreement) and its AFA, or Anti-Fragmentation Agreement.

Some manufacturers have chosen to ignore the tests and “fork” Android, building on the open source AOSP base, to make non-Googly devices – devices that run almost all Android binaries. But only Amazon persists with this route. Microsoft recently cancelled Nokia’s non-Googly Android product range, the X series.

DG-COMP also wants to know what home-grown apps phone makers wanted to include, but were pressured by Google not to include.

Google also stages a beauty contest to build its own-brand Nexus devices – and DG-COMP wants to know the bidding process for that. It is also probing Project Ara, Google’s modular device project. One example of Ara is Phonebloks, which is supported by Motorola.

Brussels also wants any non-Android business relationships a phone maker may have with Google disclosed.

It’s an exhaustive list, and suggests that the competition authority wants to know if Google exerted pressure on phone makers to take its services. Although Europe has no significant European-owned phone makers any more, it’s a major market for services which are adversely affected by the dominant players bundling strategies.

The current process is part of a preliminary investigation into Android. Google is also under pressure from publishers and services companies to stop favouring its own offerings in its organic search results – although the outgoing Competition Commissioner’s attempt to reach a private backroom settlement that would thwart a formal investigation has collapsed.

His replacement is facing calls to break up Google in Europe, forcing its services and platforms divisions to operate independently. ®