A moment of brilliance? UPnP for Internet of Stuff lightbulbs

Breaking Fad Home automation can be a lot of fun. However, it can also be the cause of an awful lot of headaches. So, you thought those remote control plug sockets from the DIY store were a good deal? 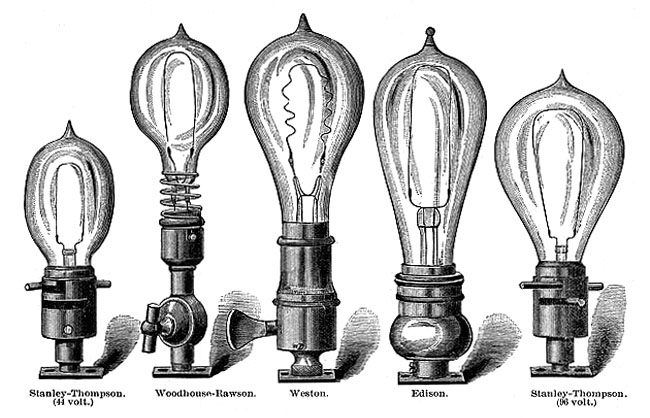 Maybe they were ... and then you find, when you get them home, that they use a different protocol to the fancy new thermostat you bought. Oh, and the multi-function remote you have will work those the light switches, but not the plug sockets or the air conditioner.

Like many people who've dabbled in this sort of thing, I have different bits of kit bought at different times to solve specific problems. Sometimes even kit that uses the same nominal protocol won't play nice either.

Typically it's past its prime, as I found when I tried to persuade my very old Z-Wave sockets to work with the Raspberry Pi-based n-Cube that was looking after a thermostat and radiator valves.

It sometimes seems that the only way to make sure that everything is going to work the way you want is going to be by buying it all at the same time, and planning it properly before you start. Admittedly, that's more rational than the "Oooh, shiny! Must buy!" approach I have favoured in the past, but not as much fun – dammit. 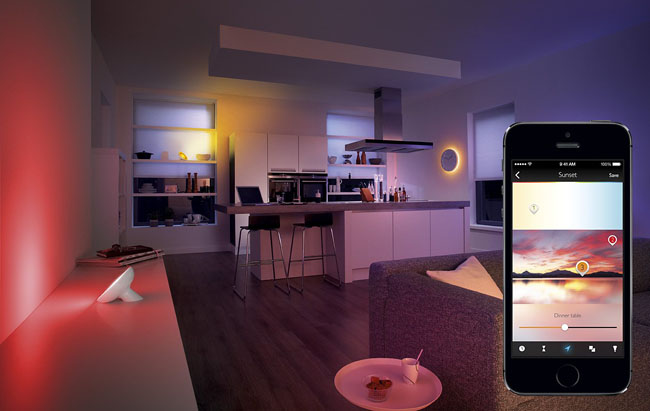 Linking disparate systems together easily has the potential to make home automation much, much simpler for the less technical. While remote control plug sockets and the like have generally failed to capture the public imagination, the idea of controllable lighting systems like Hue from Philips has made more people consider their worth, while Apple's forthcoming HomeKit is one way of making everything play nicely together.

Not the only game in town

HomeKit's not the only player, though. The UPnP Forum, whose standards are found in an awful lot of kit, announced the UPnP+ certification scheme at IBC in September, which aims to extend UPnP to the Internet of Things in particular – making more devices discoverable and allowing them to communicate with each other easily. 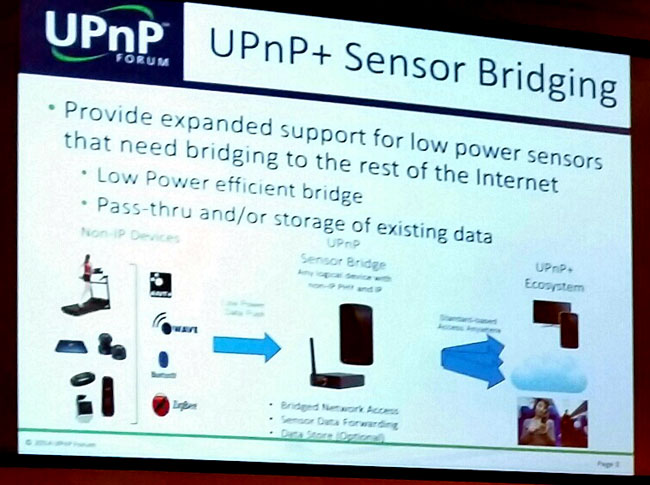 At the basic level, the new standard includes support for newer technologies such as IPv6 and HTML5, as well as event subscriptions. Where it really starts to become interesting, I think, is in the new support for a cloud architecture and device bridges.

There are an awful lot of gadgets out there that aren't necessarily IP enabled, and may never be. Even so, the UPnP+ standard allows for “sensor bridges” that can talk non-IP protocols, including Z-Wave, Zigbee and ANT, linking those to the rest of your network, effectively providing a common protocol to control them. UPnP device control protocols have been devised for thermostats, lights, blinds and security cameras, with others in the works.

What does this mean? Well, in theory, it should make adding new controllable devices to your home network much simpler. For example, imagine adding a new thermostat and having Windows pop up a notification that it's been discovered, just like a media server or other current UPnP device. Then simply click to configure in your browser, without necessarily needing to install any manufacturer-specific software. 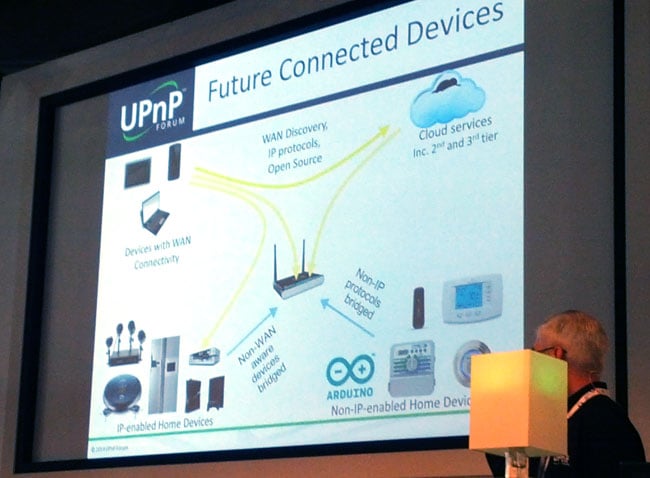 And yes, in case you were worried – as well as the types of device I've mentioned already – the PDF from the UPnP Forum does include an example data model for our old favourite, the connected fridge.

As with so many presentations, much was made of the cloud aspect. With UPnP+, devices communicate using XMPP – originally the foundation of Jabber – and can be managed by effectively joining them to a chat room, which would typically represent a room in your home.

All well and good, but the cloud? Really? Who wants to have their wireless lightbulbs crash because the broadband is down? The good news on that front is that this is perhaps a more nebulous cloud than most, in that it doesn't have to be in a specific place.

You could have your own home cloud – effectively the host of that XMPP chat room – running on, say, a home media server or NAS. Or you might indeed have it hosted elsewhere, in a service provided by more than one person. There could even be a combination, with devices communicating with more than one room, some local to your network, and some remote. The video explains more about it.

How does this work in practice? The demo at IBC showed simple device control using streaming media, wireless speakers, UPnP enabled light bulbs from Awox, automatically dimming the lights when the media started playing, and fading them back up when it stopped. A simple enough task, sure, but being able to do it with a range of kit from different manufacturers and not needing to program a complicated remote should help to take this from the realm of the hardcore enthusiast into many more homes.

The demo looked good, but the one thing we didn't see was how to set this up from scratch while ensuring that different devices respond to particular events. Indeed, that's potentially one area where Apple's attention to detail could mean that HomeKit makes getting it up and running very simple. So, for the time being, while UPnP+, aka UPnP for lightbulbs and fridges, looks like a great idea, I'll have to reserve judgement on ease of use until I have products in my hand.

Whether you favour this standards-based approach, or the “Made for iPhone” approach of Apple's HomeKit, at long last it looks like persuading all the gadgets and sensors in your home to talk to each other is going to become a lot simpler over the coming months.

Closely related to UPnP, of course, is DLNA. Devised to be a guarantee of compatibility, in the past it has often felt as if the DLNA certification hasn't gone much further than the basic UPnP discovery. For instance, your TV might be able to see your media server, but there's not much of a guarantee that it will actually be able to play any of the content. It's a matter of some frustration to many, and one that I've raised in the past with DLNA.

DLNA functionality, a process of discovery

While much of DLNA's focus at IBC this year was on the new VidiPath specification – which should effectively mean an end to the requirement for cable and satellite operators to supply a box for each TV, instead distributing content around the home using the consumer's own IP network. It did have good news on issues of video interoperability and transcoding, indicating it will be tackled in the not too distant future.

One of the things that makes this level of functionality possible, of course, is the increased horsepower of even a small media server, like the recently announced Synology 415play, which has the ability to do on-the-fly transcoding up to 1080p. Yet whether our lightbulbs and connected fridges of the future will be equipped with transcoding mini servers remains to be seen. ®