Promises to take another look at 'real names' policy

Facebook has backed down and apologized to a section of the social networking community for shutting down their accounts on the grounds that they weren't using their proper names.

"I want to apologize to the affected community of drag queens, drag kings, transgender, and extensive community of our friends, neighbors, and members of the LGBT community for the hardship that we've put you through in dealing with your Facebook accounts over the past few weeks," said Facebook’s chief product officer, Chris Cox.

"In the two weeks since the real-name policy issues surfaced, we've had the chance to hear from many of you in these communities and understand the policy more clearly as you experience it. We've also come to understand how painful this has been. We owe you a better service and a better experience using Facebook, and we're going to fix the way this policy gets handled so everyone affected here can go back to using Facebook as you were."

The social network stirred up a firestorm last month when it sent out notices to some of the more famous drag queens warning them that their Facebook profiles would be deleted as they weren't in their real names. When Sister Roma, one of San Francisco's legendary Sisters of Perpetual Indulgence, became one of those hit, she began a protest movement with the hashtag #MyNameIs. 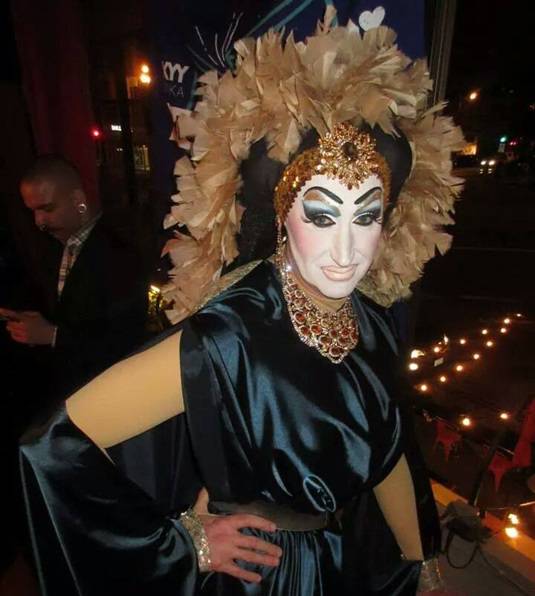 The cause was also taken up by San Francisco Supervisor David Campos and a series of protests took place, with another one scheduled in front of City Hall on Thursday. But in light of Facebook's U-turn, this last demonstration has now been repurposed as a victory celebration.

"The drag queens spoke and Facebook listened! Facebook agreed that the #RealNames policy is flawed and has unintentionally hurt members of our community. We have their commitment that they will be making substantive changes soon, and we have every reason to believe them," said Campos in a Facebook posting.

Although Facebook is stepping off from its earlier stance, however, Cox said in his statement that 99 per cent of the people who use false names "are bad actors doing bad things." Still, he said, Facebook made a mistake in this case and is willing to compromise.

But it's not just drag queens who are up in arms about Facebook's decision to force people to use their real names. Plenty of other users don't feel comfortable giving the firm their personal information and making their lives subject to an internet search.

That doesn't play well with Facebook, however, since it wants everyone to be identifiable. The firm revealed in 2012 that it had identified over 83 million falsely named profiles, and this seems to be something at which founder Mark Zuckerberg takes offense.

"You have one identity," the Behoodied One told author David Kirkpatrick in an interview for his book, The Facebook Effect. "The days of you having a different image for your work friends or co-workers and for the other people you know are probably coming to an end pretty quickly. Having two identities for yourself is an example of a lack of integrity."

What remains to be seen is if the success of the drag community can be replicated by others who legitimately wish to retain a shred or two of anonymity.

According to Cox's statement, Facebook has never required people to use their legal name, merely the name they are known under. Cox said the company is developing new tools to make sure that specific cases were better handled, but that the basic policy still stands.

"The stories of mass impersonation, trolling, domestic abuse, and higher rates of bullying and intolerance are oftentimes the result of people hiding behind fake names, and it's both terrifying and sad," he said. "Our ability to successfully protect against them with this policy has borne out the reality that this policy, on balance, and when applied carefully, is a very powerful force for good." ®