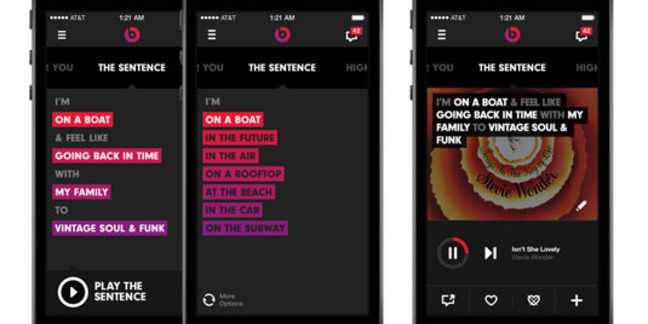 Apple is reportedly asking record labels to agree on a deal that will allow the iGiant to sell a cheaper streaming music service.

According to a report by Re/Code citing company sources, the Cupertino iFlinger wants to lower the US$10/month price of the Beats Music service. To do so, and still turn a profit, Apple reportedly needs to get permission from the labels.

As the report notes, music labels are worried about the potential damage to sales as users go from buying tracks to streaming songs, and industry groups have clashed with Pandora and other internet jukeboxes over royalty payment issues.

Apple will reportedly introduce the price cut next year when it rolls out an expected revamp and rebranding of the Beats Music service.

A move by Apple to get into the streaming music has been in the cards ever since the company ponied up $3bn to acquire Beats Electronics, maker of the streaming service and the Beats by Dre headphones line.

While Apple's iTunes has risen to become the largest music retailer on the planet (and part of a software/services unit that made $4.48bn in revenue last quarter), the company did not have a streaming offering to compete with services such as Rhapsody until it scooped Beats. ®