Particle that behaves like matter and antimatter found: Majorana fermion

Scientists at Princeton are reporting the observation of Majorana fermion, a particle first predicted over 70 years ago that behaves like matter and antimatter at the same time. 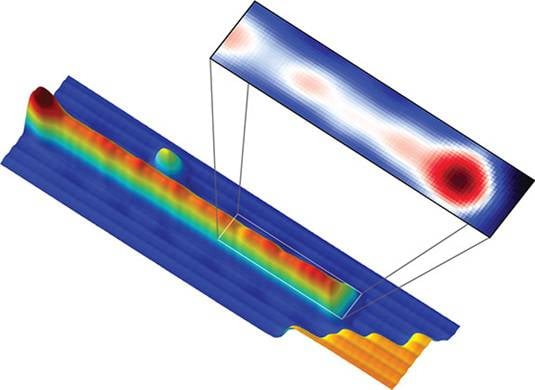 The existence of such a particle was first predicted in 1937 by Italian physicist Ettore Majorana, who proposed that a particle could exhibit the behavior of both matter and antimatter in such a way that the two cancel each other out and exist in a stable, neutral state.

To test this out the Princeton boffins built a ridged base plate of ultra-pure crystals of lead, and laid down a wire of pure iron one atom wide and three atoms thick on one of the ridges. 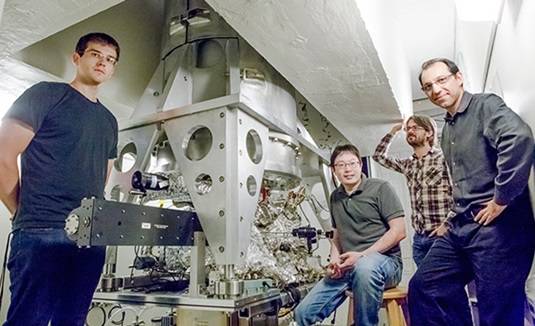 Everyone should have a scanning-tunneling microscope

The material was then cooled down to -272°C – just about one point above absolute zero – and viewed it using a two-story-tall scanning-tunneling microscope mounted on anti-vibration buffers. Only then were they able to glimpse the elusive particle, sort of.

"This is the most direct way of looking for the Majorana fermion since it is expected to emerge at the edge of certain materials," said Ali Yazdani, the professor of physics who led the research team and published the paper in Science.

"If you want to find this particle within a material you have to use such a microscope, which allows you to see where it actually is."

The microscope was able to track electrical signal changes along the wire and spotted an electrically neutral signal at either end, signaling the location of the Majorana fermion. Yazdani said the experiment should be fairly easy for other boffins to reproduce because it doesn't use exotic metals.

"What's very exciting is that it is very simple: it is lead and iron," he said.

The discovery could have a major effect on the practicality of quantum computing systems. Getting atoms to behave in a state of quantum superposition, whereby they can represent not ones and zeros but both at the same time, has been notoriously tricky, but a stable Majorana fermion would make that much easier.

Creating exotic particles in an atom smasher is all very well, Yazdani said, but it makes them almost impossible to manipulate. This new technique is more stable and suitable for engineering.

"This is more exciting and can actually be practically beneficial," Yazdani said, "because it allows scientists to manipulate exotic particles for potential applications, such as quantum computing." ®