The riddle that will satisfy Win 8 haters, at least

According to the company’s marketing script, this preview is for enterprises to try. A consumer preview will follow early next year, and a developer preview in April, to coincide with the Build conference in San Francisco.

I am typing this into Word on Windows 10 Technical Preview and it works, but this is a curious Windows build. If this preview is for businesses, where is the document that explains its business advantages? Microsoft has mentioned a couple: the ability to manage Windows 10 PCs through mobile device management tools, and securing business data with rights management that persists even if you move or copy files. How does all this work, and how does it fit in with existing products like Windows InTune (which can already manage PCs) and System Center? No details yet. And what else is in this release for the business market?

It turns out there is more to come, a lot more, as revealed in a blog by Oliver Niehus from Microsoft Deutschland that was posted on Wednesday and swiftly deleted. In his post, Niehus described hot new features including logging into Windows using Azure Active Directory, the cloud-based user directory which is used by Office 365. The now-deleted blog read:

We have made Azure Active Directory (Azure AD) a first class citizen.

You can use Azure AD identities to log in to your device so users get the same benefits as using an MSA such as store access, settings sync, and live tiles. Organizations can now use their existing AD, federated in the cloud with Azure AD, to do everything they need. No Microsoft Account needed.

If this is confirmed, this will win cheers from business users annoyed by having to link business and personal accounts in Windows 8 in order to get the full features.

Niehus also talked about per-application VPN, integrated data protection, a single Windows Store including desktop and corporate apps as well as public apps. Portable app licensing is mentioned – so a leaving employee’s licence can be transferred, for example.

In a Windows 10 feature table, Niehus referenced “hundreds of new WinRT APIs” (this is the Windows Runtime that powers Store apps), a secure execution environment powered by Hyper-V, new device-based two-factor authentication, and more. All this sounds tasty for enterprises, but Microsoft is not talking about it, and features like these have either not appeared in the preview, or you will have to figure out how to find them yourself. 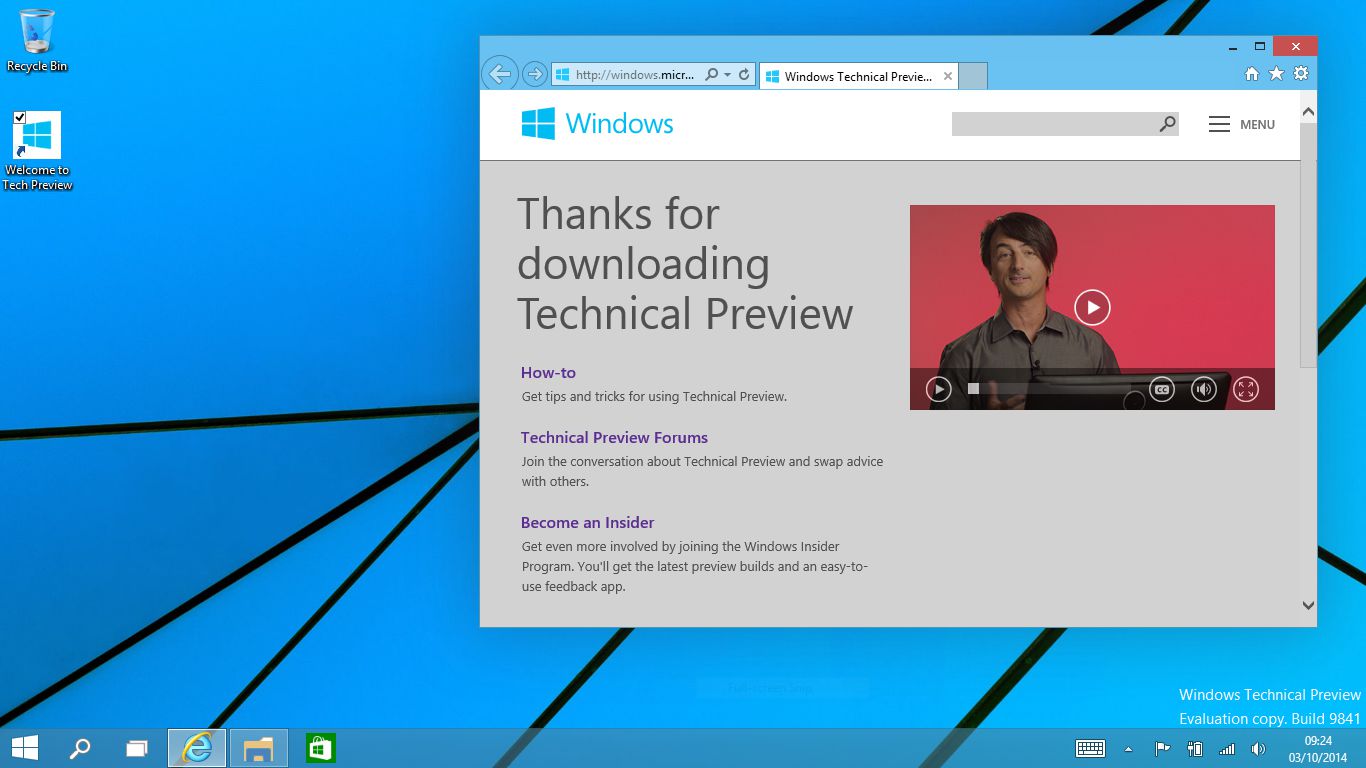 Welcome to your new Windows - it's a 10, but is it perfect? (click to enlarge)