Whovians always complain that there are too many episodes set on Earth. But with Kill The Moon we are certainly off terra firma. The episode opens with Clara telling us “we are alone” - the Doctor is gone and the next decision will decide the fate of mankind. It’s a ballsy opening. 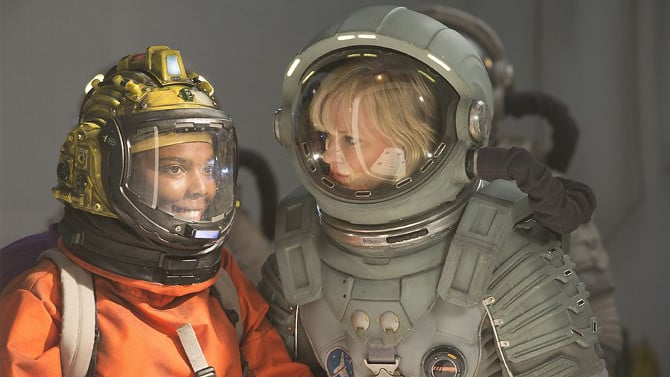 From there we are given a stark reminder of how different Capaldi’s Doctor is from David Tennant and Matt Smith, and even Christopher Eccleston, who although more mature than the tenth and eleventh Time Lords, still had rather a soft spot for the human race.

The Doctor has apparently hurt the feelings of a young teenager, although it’s the stroppy Courtney Hill, so perhaps we shouldn’t be too upset. After Miss Goodie-Two-Shoes Oswald intervenes, they decide to set off for the Moon and that’s when things really get interesting.

Kill The Moon is mystery, followed by peril and rounded off with a moral conundrum. After encountering the wonderful Hermione Norris’ astronaut Captain Lundvik, the Doctor and his pair of companions attempt to work out why the moon has “put on weight” ... but not before the Doctor suggests they shoot the little girl first: an unsubtle hint that this Doctor isn’t nearly as keen on people as previous incarnations.

Even Clara must sense this because she only “supposes” the Doctor will be back after he leaps into the abyss alone to find out why the moon is breaking apart. Previous companions would have had utter unshakeable faith that their Doctor would be back.

But back he comes to announce that the Moon is, in fact, an egg! And now comes the moral conundrum. Do they kill the innocent creature about to hatch, or let the Earth suffer cataclysmic damage? It’s a poser. But not one that the Doctor is prepared to take on.

“Some decisions are too important not to make on your own,” he says. “The Earth isn’t my home, the Moon isn’t my moon.” And for once, when the Doctor leaves, he isn’t coming back to make everything OK.

But forcing humanity to make its own decision may not have been the smartest move: it makes the wrong choice, saved only by Clara at the last minute. The consequence of putting Clara in this position, however, is that she tells the Doctor to get lost. The cutting asides from Capaldi’s Doctor about humans may now take on a more sinister edge for the rest of the season. And without his caretaker Clara - who cares so he doesn’t have to - will the Doctor’s relationship with Earth become strained?

Next week it’s the Orient Express in space, and Clara does not feature in the trailer … will she return? Do we care? Maybe a companion-free Doctor would be good for a while - fewer episodes set on Earth for a start! ®