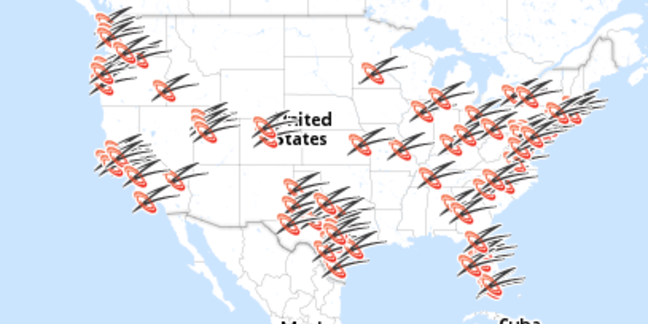 Third-ranked US mobile network Sprint appears to be poised to kill off its implementation of its less-regarded 4G technology, WiMax.

According to a newsletter from the wireless provider leaked to Android Central, the date for the closure of the service is 6 November 2015.

The spectrum it frees up – along with the spectrum Sprint gobbled when it bought Clearwire – will all move to LTE. It has been a long painful death for WiMax technology, which never really gained traction against WCDMA and then LTE. As we reported in 2010, it was a gamble that didn’t pay off.

The letter explained that the company needs to notify WiMAX customers about its plan 12 months ahead of switch-off. Sprint will try to lure people to stay with deals on 4G devices.

It’s not just the users of the Sprint service who will be exploring their options. A good chunk of the workforce will too, as Sprint has announcedmajor job cuts in its 38,000 person workforce. It is expecting the restructuring to cost £160m. ®