...and vows to take telcos, safe harbour and copyright to task 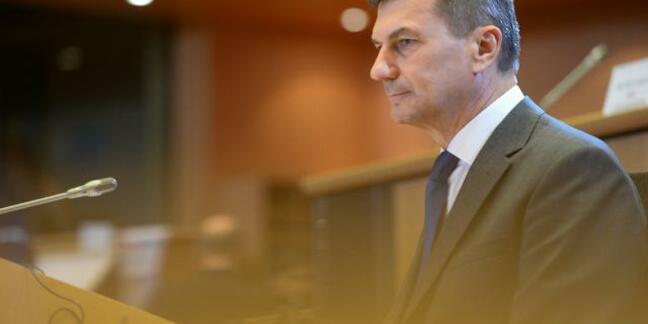 Andrus Ansip, the new EU super-commissioner for all things digital, says he will work to completely abolish geo-blocking of media in Europe – and urged telcos to get on with pushing out high-speed mobile broadband.

What started out as a relatively boring and predictable hearing before the European Parliament on Monday took a turn for the interesting in the final minutes: the rather wooden Ansip took issue with incumbent telecoms companies for sitting back and not rolling out 4G.

“In some countries almost 90 per cent of the territory is covered by 4G LTE, in some other countries it is zero! They haven’t even started allocating that spectrum. Once again I think we have to talk about vested interests,” he said.

On blocking people from watching or listening to things based on their location, he said: "We shouldn't have to put up with it. I don't think it is fair."

More predictable were his comments that protecting privacy is the “cornerstone” of the digital single market, that EU-funded software should be open-source, and that the European Commission should lead by example and put digital government into practice with e-invoices, e-procurement, e-signatures and so on. The last suggestion was hardly surprising given that the former Estonian PM has put most of those into practice in his home country.

He added that the European Commission should go paperless, but wouldn’t be drawn on a timeframe. Ansip was also in favour of drawing up a “charter of internet rights”.

He reiterated that the principle of net neutrality is very important. “All the traffic in the internet has to be treated equally. Nobody has the right to abuse a dominant or gatekeeper position. For some SMEs, it is impossible to gain visibility on search engines. Higher speed for higher price is acceptable but not at the expense of those whose speed is already low,” he said.

However there may yet be an opportunity for clarification. Julia Reda, German Pirate Party MEP, got a commitment from Ansip to hold an online hearing with the public before the European Parliament has to vote on whether to accept him and the rest of the proposed commissioners.

That Ansip will be approved by the parliament seems without question. He certainly came across as much more knowledgeable than his future digital agenda underling Gunther Oettinger and data protection minion Vera Jourova.

Ansip said after the hearing that he would check his schedule to see when he could do an online hearing with the public. ®

Chat about Safe Harbour all you like, the NSA's still the stumbling block