At least according to Blighty's mechanical engineers 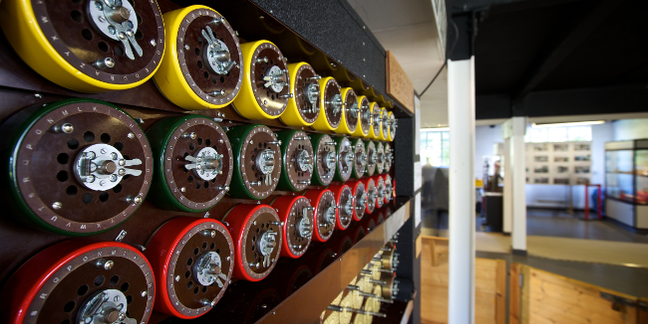 Alan Turing’s code-breaking Bombe machine has been voted engineers’ favourite artefact, beating out other engineering triumphs such as the Concorde plane and HMS Belfast.

The Institution of Mechanical Engineers voted Turing’s World War II innovation as their favourite recipient of the Engineering Heritage Award, which has been running for 30 years. The awards aim to promote artefacts, sites and landmarks of significant engineering importance.

The Bombe machine, the cryptanalytical machine designed by Alan Turing and Gordon Welchman during WWII to help crack the settings of Germany’s Enigma enciphering machine, won 19 per cent of the vote, closely followed by the Concorde, which was the favourite with 17 per cent of engineers.

“The 210 Bombes built by the British Tabulating Machine Company during World War Two played a crucial role in the Allied success in the war. Estimates suggest that they could have helped cut the war by as much as two years – saving countless lives,” said John Wood, chair of the institution’s heritage committee.

“These machines, which each weighed about a ton, illustrate the genius of Alan Turing and Gordon Welchman, but also the vision and ingenuity of the engineer Harold Keen, who made these concepts a reality.

“The award was presented to the replica Bombe in 2009 on behalf of Turing, Welchman and Keen and also in recognition of the fantastic work of enthusiasts who rebuilt the Bombe with such care and passion.”

As Reg readers know, the original Bombes built by the British Tabulating Machine Company were all dismantled after the war. The fully functional replica that’s on display at Bletchley Park was reconstructed by a group of enthusiasts over a period of 13 years. The computing enthusiasts used the original blueprints for the build.

Those blueprints came after years of work by Alan Turing and Gordon Welchman, who passed their design on to Harold Keen at British Tabulating for construction. The Bombes were capable of decrypting up to 5,000 messages a day for the Allied Forces. ®