Strange tale of an angry bean counter, Comcast and a shock 'firing' 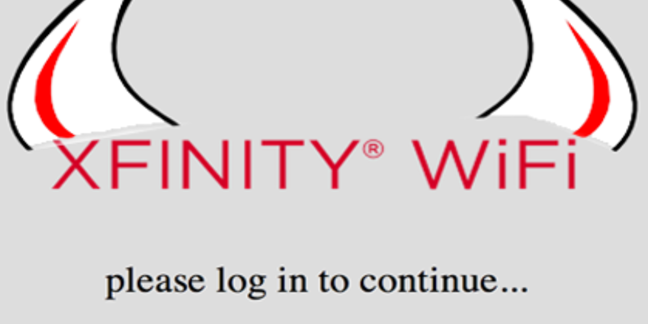 A Comcast customer who complained about being overcharged and crap service alleges someone at the ISP got him fired as a result.

The punter, described by The Consumerist as an "experienced accountant at one of the nation’s most prestigious firms," signed up with America's largest ISP in 2013 at an introductory rate, but said that he almost immediately began to have problems.

A few months after signing up, Comcast changed his sign-up discount and increased his bills by $20 per month – a move that is actually covered by the firm's terms and conditions. He claims he was also charged for an extra modem that wasn't delivered, and wasn't getting any help from customer support.

In October he said he'd had enough and tried to cancel his subscription, but was convinced to stay by Comcast in exchange for a free DVR service and getting The Movie Channel for three months. But then, he claims, Comcast sent him a load of unwanted and unordered equipment as well, and charged him $1,820 for it.

He sent the equipment back and, as accountants are wont to do, prepared a spreadsheet of his costs so far. That didn't help, and his account was passed to a collections agency in February 2014, despite the customer's claims that he wasn't in arrears.

On February 6, the customer said he'd had enough and abandoned customer service and went straight to Comcast's controller office. There then followed what he described as a "bizarre" call in which, among other things, he was asked what color his house was.

He called the Comcast official back, and it's at this point things get really weird. The accountant claims that he mentioned in conversation that Comcast should be investigated by the Public Company Accounting Oversight Board (PCAOB), and that the ISP then got in contact with a partner at his accounting practice – despite the customer saying he never mentioned which firm he worked for.

His employer, who apparently has done some consulting work for Comcast, then started an ethics investigation into his conversations with Comcast, and fired him for it, it's claimed. The now-ex employee alleges that his boss cited an email conversation with Comcast as the reason – although the text of the email was never revealed.

El Reg asked Comcast if it had contacted this customer's employers and if so why, as well as asking if the accountancy firm in question had done work for Comcast. In response we received this statement, acknowledging at least that lawyers are now involved:

Our customers deserve the best experience every time they interact with us. We have previously apologized to him, but we will review his lawyer’s letter and respond as quickly as possible.

But this report does raise a lot of questions, since it is only one side of the story. In particular, it's surprising to hear, in as litigious a country as the US, that an employer would undertake such action and fire someone simply for complaining about poor customer service, not to mention starting an ethics probe into his conduct within the company.

Incidentally, a former Reddit employee went on Reddit to conduct an "ask me anything" discussion in which he explained why he was let go. Cue Reddit's CEO joining the thread with another version of events. ®

Why fight an oligopoly when you can subsidize it?