No tiles, no NAP – next Windows for data centre looks promising

Now, about that consumer AV 'protection'...

All eyes are on Windows 10, but Microsoft has also slipped out a technical preview for the parallel, but as yet unnamed, Windows Server.

Whereas Windows 8 has been mired in controversy from the outset, the parallel Server 2012 and Server 2012 R2 releases (based on the same core code) have been well received.

At first glance, this is not as big a release as Server 2012, which brought Microsoft into contention in virtualisation as well as introducing a ton of new features in storage, networking and remote desktop services. Usual health warnings apply though: this is a preview and there will be more to come.

Further, it is worth watching what is happening with PowerShell, Microsoft’s scripting and remote automation platform, which does have some huge new features. The lead architect of Windows Server is Jeffrey Snover, the inventor of PowerShell. PowerShell fits neatly with the company’s efforts in public and private cloud, where automation is king. 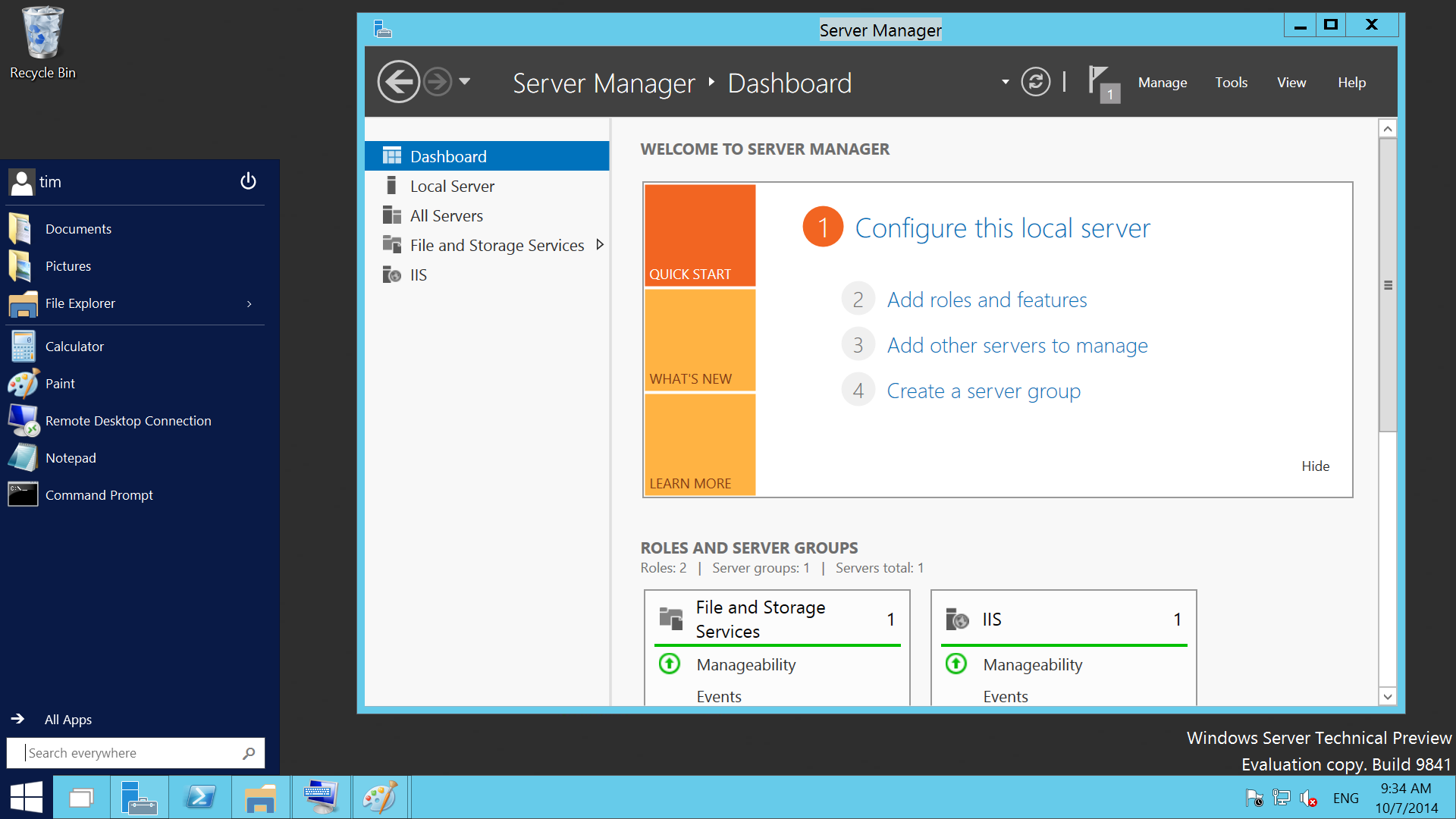 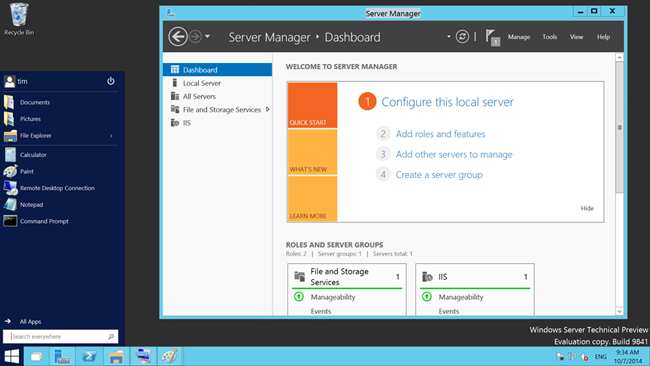 Although this release shares code with Windows 10, by default you will not be troubled by Live Tiles, with only a traditional Start menu on display.

Windows Server is configured by adding roles and features, where a role is a major area of functionality like Active Directory or Web Server, and features are more piecemeal. The Technical Preview introduces a new role, called Network Controller, which is a central point of configuration and monitoring for both physical and virtual networks, intended to work with System Center or other network management tools.

Hyper-V virtualisation is improved, with hot add and remove of network adapters and memory, provided you use Generation 2 virtual machines; these are VMs from which legacy PC emulation has been removed, improving performance at the expense of compatibility. You can also enable Secure Boot for selected Linux distributions as well as Windows Server.

The new Hyper-V manager can now manage down-level VMs, as far back as Windows Server 2012, removing an annoyance with the current tool.

Network Access Protection, a feature for protecting the network by preventing clients that are out of date or malware infected from connecting, has been removed from the new Windows server (it was deprecated in the last release).

In storage, a new feature called Storage Replica does block-level replication between servers, to support both disaster recovery and high availability. You can do synchronous replication on a single site, or asynchronous replication across what Microsoft calls “metropolitan distances” (but with a possibility of data loss). This is another case of the company bringing enterprise storage features to commodity hardware and systems. It will also work with Azure Site Recovery, Microsoft’s cloud-based disaster recovery service. 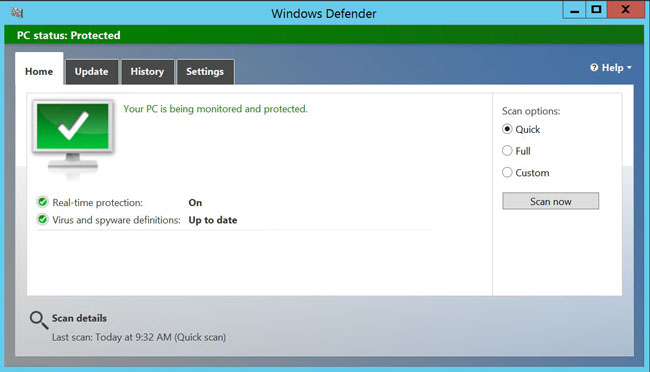 Windows Defender in Server Technical Preview: but does it offer meaningful protection?

PowerShell is now at version 5.0, and is a feature of both Windows 10 and the new Windows Server. The language has evolved to support full object orientation with Class, Enum and other new keywords. Management of Zip archives is now built-in.

OneGet, a new PowerShell module, promises to bring simplified package management across multiple providers – a feature which Linux users have enjoyed for years. The docs say:

New cryptographic cmdlets (PowerShell commands) support encryption of content and messaging. There are also significant changes in PowerShell debugging, and in Desired State Configuration, which is the ability to apply automate Windows Server configuration for automatic deployment.

Windows Defender, the free Microsoft anti-malware feature, now comes to Windows Server for the first time. It seems curious that the company is bringing its consumer antivirus technology (which does not have the best reputation) to its server operating system, but may be aimed at small businesses, some of whom are casual about risky practices like browsing the web on the server to grab patches.

The new Windows Server is not done yet, but the early preview looks promising – unless, of course, you love Network Access Protection. ®