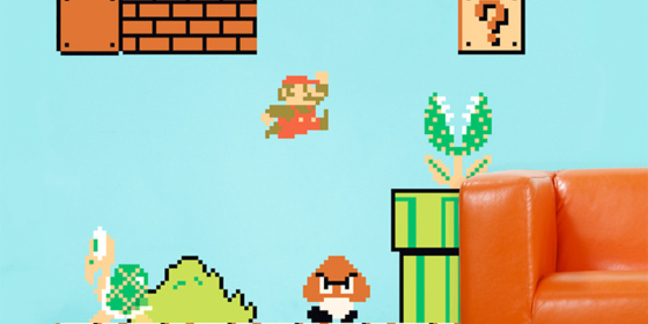 Certain slab-fondling fanbois will soon be forced to cough up for a Wii U wave goodbye to their childhoods following Apple's decision to close a loophole in the next version of iOS 8 that allowed console emulators to run on iPhones and iPads.

A fresh beta version of iOS 8.1 landed in developers' laps on Tuesday, and it was confirmed that Apple had plugged a date-time workaround that had allowed nostalgic gamers to run the unapproved emulators.

The so-called "date trick" allowed rogue apps to be installed by manually changing the date to some time in the past and then downloading the app through Safari's mobile browser. This allowed retro-minded fiddlers who weren't too fussed about the copyrights of Nintendo and other developers to play their favourite classic console games from the comfort of their iPhones.

Dario Sepulveda, who runs a website dedicated to the Nintendo emulator GBA4iOS, said Apple "is slowly killing everything we love". By which he doesn't mean that Tim Cook is about to wring your mum's neck, behead your guinea pig and wee in your vintage Châteauneuf-du-Pape – but merely remove your ability to play old-school Tetris.

"This was a long time coming," wailed Sepulveda. "We knew this would one day arrive. After the Date Trick became famous earlier last year, our panic subsided and we learned to live a period of peace knowing that even though some of our favorite emulators’ certificates were revoked by Apple, we could still install these emulators by rolling our date back - we came to believe it was something that would last. Apple, it seems, had other plans."

Writing as if Cook had burned down his kids' treehouse, Sepulveda continued: "I’m not blind to the situation of copyrights and trademarks. I’m aware that Apple isn’t at fault here primarily - every year they grow more conscious of the smaller security holes, and their mission is to perfect the system. I respect them for that. They’re probably also being pushed around by multiple copyright holders and are forced to act unless they want to face repercussions.

"As of now, there is nothing we can do to prevent that but use what we learned, try to adapt and move on."

The news began to circulate last week, when the first beta of iOS circulated. One fan tweeted:

PSA: Do not install iOS 8.1 if you're a developer. Date trick may be dead.

So iOS 8.1 Beta 2 continues to block the date trick, but that won't stop us from continuing to release some new emulators in the meantime!

Imagine Nintendo ported all its legacy games to iOS and Android and fanbois could pay it for its copyrighted work? But it seems the gaming firm is still very attached to selling the odd Wii and isn't likely to make such a move any time soon. ®