'Deadly serious about PCs but will NOT lose money' - exec 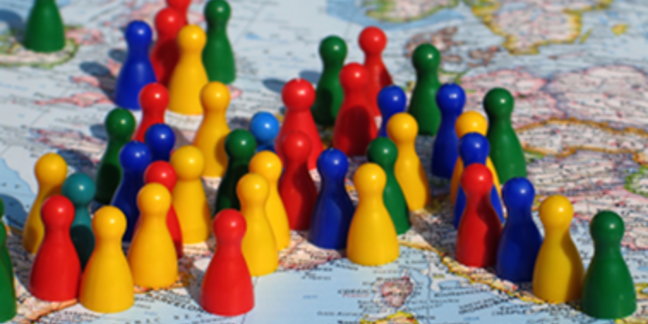 Toshiba is the latest vendor to sound the warning alarm that all is not well in its PC business across Europe after scaling back regional offices and axing swathes of the workforce – just as the green shoots emerge.

The UK and France ops, which have signed up as subsidiaries of the TEG corporation, will act purely as sales and smaller marketing satellite offices, with back-office functions centralised at the Dusseldorf HQ.

Countries including Holland, Belgium, Switzerland and Italy have already gone through a similar process as Toshiba looks to expunge costs, the company told El Chan.

“Toshiba is deadly serious about remaining in the B2C and B2B markets but it will not lose money doing it,” said Alan Thompson, a former president at the firm, who retired at the start of this month, but is providing consultancy to the company via his newly incorporated firm Athos Associates.

“People have been forecasting the death of Toshiba’s PC business for the last 10 years and I don’t think they are any more correct now,” he added.

Thompson said the recovery in mature economies had taken longer to materialise than expected, and this had had a knock on affect on the emerging territories such as Eastern Europe, so in some smaller countries it has closed offices and will trade remotely via channel partners.

“We were spreading ourselves into every country that would take the product, in the future we will be working in countries with distribution and retailers where we can together make money,” he said.

“The thing that I want to clearly avoid is any sense that the channel should go to another partner because we are abandoning them.”

He refused to talk specifics about territories – we understand the Finnish office has closed – but said it will “refocus” heavily on developed tech markets where PC spending in returning.

A little over 20 per cent of the 800 strong PC and TV workforce across the region have been axed in the past nine months - including any currently on at at risk list. The UK headcount is down by around 100 people, sources told us.

Staff impacted by the latest redundancies are all aware, said Thompson, adding that front line sales staff have been sheltered from the cuts.

“It’s mainly marketing and administrative functions - finance, accounting, HR, every function that you can think of that isn’t sales has been reduced to some degree or another.”

Functions that have been or are being centralised include marketing - four regional teams have consolidated to one Euro team, including individuals in local countries. Other areas to be “simplified” in a similar way include services, business planning and product management.

Months back, Toshiba axed the country manager positions across Europe and waved goodbye to long-serving popular regional exec Andy Bass, deciding the local operations are to be steered by Japan HQ.

Ranjit Atwal, research director at Gartner, said the actions taken by Toshiba were “inevitable” but came at a time when the market is more lively, boosted by the end of support for XP and falling notebook prices.

“Most of the organisations held onto the PC business through the dramatic downturn in the hope of a turnaround but the turnaround has been much slower than expected,” he said.

Sony flogged its PC business to venture capitalists and will not sell computers outside of Japan, and more recently Samsung exited the sector altogether, focusing on tabs and smartphones.

Canalys data shows Toshiba was the sixth highest selling notebook vendor in EMEA for Q2 with shipments of 980k giving it a market share of 7.2 per cent. The company was the fifth highest selling lappy brand in the UK.

If you're not Lenovo, HP or Dell it has been a year of shrinkage