U2? 81 million Apple iThing-strokers know a place where the Beats have no shame

That's one fanboi for every £1k Apple has in surplus cash 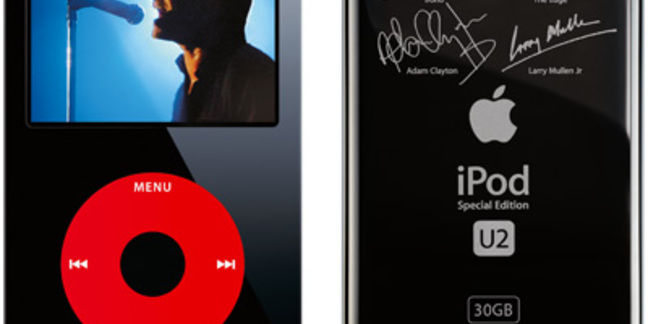 Some might say that being on the cover of Vogue is pretty cool. But when Apple foisted U2's latest album on 81 million innocent people? Quite the opposite.

Apple has told the music bible Billboard that some 81 million people took the chance to "experience" Songs Of Innocence, with 26 million downloading the thing in its entirety.

This means about two-thirds of people apparently had a quick listen to part of the album and decided to save their data by foregoing downloading the rest of it.

Cupertino insisted the U2 incident was the "biggest album release in music history". Which ain't exactly what the Apple community said when they found Bono's output (the musical kind) all over their iPhone.

Eddy Cue, Apple's senior VP of internet software and services, said: "To help put this into perspective, prior to this, 14 million customers had purchased music from U2 since the opening of the iTunes Store in 2003."

Apple has recently launched a major charm offensive aimed at wooing the cooler classes into the Cult of Cupertino. Its iWatch is the weapon of mass destruction in this war, having been shown off at a flash fashion event in Paris and recently scoring a starring role on the front page of Vogue China.

All this hipness is clearly a way of adding a few more gazillions to the £82bn ($133bn) Apple cash surplus, you might think. But that's not what one of Apple's greatest fans has said.

In a statement, U2 emoted: "Apple is a tech company fighting to get musicians paid. The idea that they wanted to make a gift to the very people that actually purchase music is both beautiful and poetic, and for that we are very grateful."

So does U2 need a boost? No, not really. The band is currently riding high at position number three on the Sunday Times' rich list, and its members have a combined fortune of £520m.

When it comes to smaller bands, Apple has been not quite as magnanimous. After the fruity firm bought up Beats, a headphone manufacturer and streaming music service operated by a rapper who calls himself "the mutha-fucking D R E", both parties gushed about the new hope their link-up offered the dying music industry.

Yet not long after, critics warned that the deal wouldn't change the lives of cash-strapped independent labels and musicians one jot. In fact, whilst the deal was "great for Apple and the owners of Beats it will not help restore the recording industry to its former glory", roared famous music attorney Steve Gordon.

Like the bosses of so many big American tech businesses, Cook and Dre peered down from the floating castles and saw that everything looked all well and good back down on Earth. Certainly, everything looked pretty sweet when they checked their bank accounts. ®