Zippy one-liners, broken promises: Doctor Who on the Orient Express

TV Review THIS IS A POST-UK-BROADCAST REVIEW – THERE WILL BE SPOILERS!

Finally, someone has remembered that Doctor Who is supposed to be fun and that someone is James Mathieson, guest writer of Mummy on the Orient Express. It has to be said that neither that title nor the trailer last week filled me with great hopes for this week’s episode, but Mathieson, also known for writing for Being Human and Dirk Gently, delivered the goods. 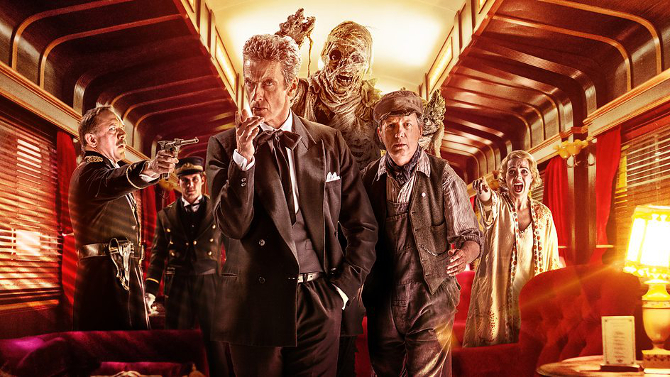 Despite the fact that it was supposed to be the Doctor and Clara’s tear-tinged goodbye, the banter finally picked up some pace, right from the moment the Tardis landed in the baggage car of the Orient Express.

"Your train awaits my lady," the Doctor announces grandly.

"It's the baggage car - but thanks for loving it," the Doctor says sarcastically.

This is the kind of light humour that has been missing from most of the season so far. The Doctor was still as grumpy as ever, but now he’s funny as well, a vast improvement on the moody, humourless git we’ve been stuck with so far.

The whole set-up of the Orient Express in space with a mummy on board seemed totally ridiculous in the trailer and yet somehow, it worked. The episode’s ta-da moment made sense (within the logic of Who of course) and that the mummy was actually a long-dead soldier kept alive by his technological enhancements was just the right touch of pathos for a Who villain without going overboard.

For the first time this season, we also got really great secondary characters, particularly the mysteriously brilliant Mr Perkins, played by Frank Skinner, and the mysteriously evil computer Gus, who set the whole thing up.

Although we’ve had the ongoing question of the Promised Land running through the series (and that does look interesting), with Gus we get a much meatier mystery because he and the Doctor have actually interacted and Gus pretty much outwitted him. There’s nothing like a villain that has some chance of success to spice Who up. (Of course, Gus and the Promised Land could end up being connected, but that would be mere conjecture at this point.) 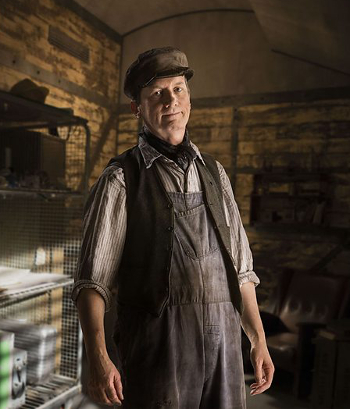 The whole countdown to death thing and the fact that only the intended victim could see the mummy did have echoes of Blink, arguably the best episode of modern Who ever, but wasn't too derivative to spoil the fun. And little details, like that dragging foot, made it genuinely creepy, even if it didn’t quite hit the nail-biting terror of other Who monsters.

Clara’s about-turn at the end of the episode was the only thing that didn’t ring true. The girl has practically no personality and now she’s reversed on the only character trait she did definitely have – being a Goodie Two-shoes, as my fellow hack Jennifer might put it.

The long-term plan is clearly to have some sort of a showdown between Danny, the Doctor and Clara and this is going to get shoehorned in no matter how little sense it makes, so Clara has to suddenly decide to lie to Danny about her continued adventures with the Doctor.

It might not seem so odd if Danny had been dead set against her travelling around with the Doctor, but although he hasn't been happy about it, he hasn't been trying very hard to get her to stop either. It's a shame that this dud note was struck at the end of such a great episode, but if Clara and Capaldi's Doctor are finally hitting their stride, I'm actually sort of glad to see them stick together for now.