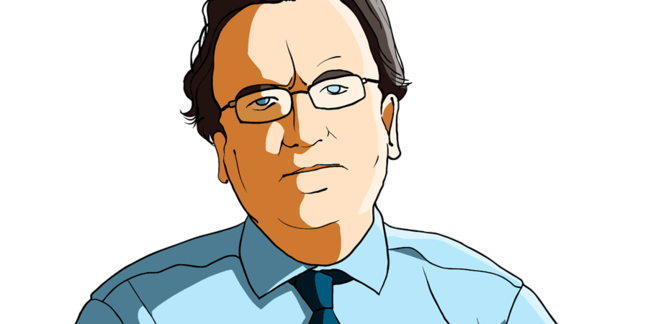 Worstall @ the Weekend This year's Nobel Prize in Physics went to the three Japanese guys who worked on, and got right, the blue LED. It's an excellent piece of work, enabling a whole new ensemble of energy efficient lamps and colour LED screens, and fully deserving of the prize. And yes, it might well change society in wondrous and wonderful ways.

However, I'm not entirely certain that the Nobel Committee has got it quite right in assuming what those changes might be. What they say will happen could happen, true. However, from what we know about human behaviour we'd probably categorise it as being unlikely to happen in the near future, and once again it's all down to our old friend economics.

The actual work itself involved (stripped of all that technical stuff of interest to you lot) working out how to grow gallium nitride. This enables blue LEDs to be produced, and once you've got those to add to red and green ones, white light is possible and the LED light bulb could become reality. The Nobel-lers then go on to say that this is going to revolutionise energy consumption: and that's the bit I'm really not sure about.

But, before we go there, we should point out that whatever happens in the world of lighting, gallium nitride has already changed our world.

It's the basis of the higher density we can now achieve in optical storage. That same gallium nitride is what is used to make the blue lasers which allow us to get past the information density limits seen with the red lasers used in CDs and DVDs. Blu-ray is so called for a very good reason: it's using those gallium nitride lasers to both read and write the information to a density that just isn't possible with the red (longer) light wavelengths.

We might also point out here that this is a good example of basic research that got commercialised very quickly. Blue lasers are still (just about, depending upon which generation of them you want to talk about) in patent and that's why the portion of the research done at Nichia Corp was so valuable to the company.

Which brings us to the subject of lighting: strangely, the first place that these blue bulbs started to make a difference was in railway signalling. I well remember collecting quotes for the Russian Railways in the '90s for supplies of the new LEDs (to make signals). The point here being that white light is used in railway signalling in a manner that it isn't in road signalling. So as soon as white (via blue) was available there was a ready market around the world.

But on to what the Committee has said about the coming LED light revolution:

Incandescent light bulbs lit the 20th Century; the 21st Century will be lit by LED lamps.

I take that to be evidently and obviously true.

White LED lamps emit a bright white light, are long-lasting and energy-efficient. They are constantly improved, getting more efficient with higher luminous flux (measured in lumen) per unit of electrical input power (measured in watts). The most recent record is just over 300lm/W, compared with 16 for regular light bulbs, and close to 70 for fluorescent lamps. As about one fourth of world electricity consumption is used for lighting purposes, the LEDs already contribute to saving the earth’s resources.

However, this, in a commentary reported in The Guardian, strikes me as obviously wrong:

They are so efficient that if the UK switched over to LED lighting, the nation could save 10 per cent of its electricity bill and do without eight new power stations, said Sir Colin Humphreys, physicist, and director of research at Cambridge. “It’s so well deserved,” Humphreys told the Guardian. “Based on this bright blue LED you can make white LEDs and those are becoming widespread all over the world for solid state lighting. This is going to save lots of energy.”

Next page: Light up my world
Page:
Tips and corrections
132 Comments