Gotham gets the Smallville treatment with Jim Gordon in lead role

TV Review There’s something painfully earnest about American-made TV pilots, as they shoe-horn so many of the upcoming season’s characters into a meagre 40 or so minutes that hardly anyone gets to say a word. The whole process of basically begging one of the big TV houses to give you the money to craft the few nuggets of golden (or at least slightly glimmering) potential into a 24-episode run has often been criticised and Gotham is, sadly, a very good example of exactly why. 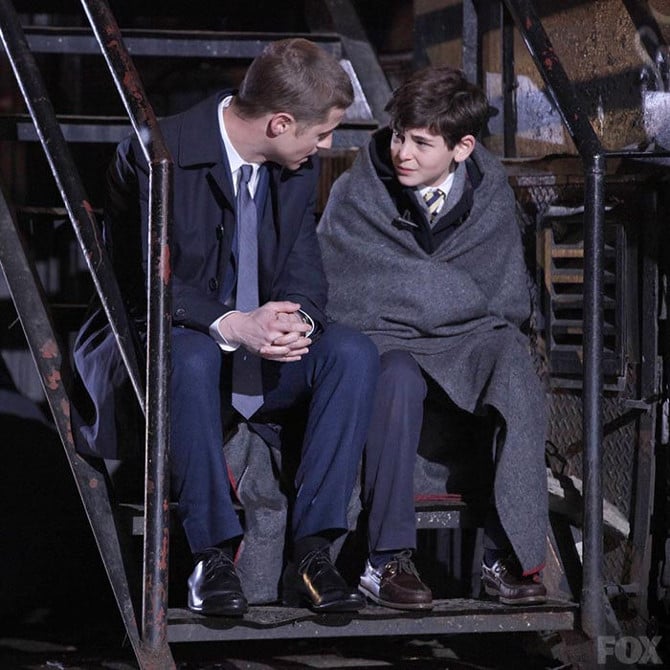 Arguably the most hotly anticipated TV show of the autumn/fall season (at least in certain geek culture circles), Gotham is Fox and DC Comics’ attempt to do a Smallville on Batman, albeit with the interesting twist of focusing – not on a teenage Bruce Wayne – but a young Jim Gordon. This is meant to be the fictional city of Gotham in its darkest days, the days before Batman arrived on the scene to make things (very marginally) better, when law-abiding urban-loving folks like the Waynes could get gunned down on the street in front of their impressionable young son.

This pivotal scene in the Batman mythos is done and dusted in this opening episode quite nicely (with only the usual plot flaw of why a madly rich couple living in a dangerous city would choose to take a shortcut down an alley with their son in the first place) and serves as the first case for fresh on the beat detective James Gordon, ably portrayed by Ben McKenzie of The OC fame.

Unfortunately, this is one of only a handful of scenes in the episode given room to breathe. Both McKenzie and David Mazouz as the young Bruce Wayne handle themselves well given the space here and again in a later scene near the end. Gordon is the right mixture of eager and able and is hopeful without being hopelessly naïve, while Mazouz manages quite an edge of darkness for a young boy, playing grief and anger well together. Meanwhile, the casting of Sean Pertwee as Alfred and John Doman as Carmine Falcone offer a lot of delicious promise – Falcone gets the best line of the episode with the lip-curlingly delivered “You can’t have organised crime without law and order”.

Harvey Bullock (played by Donal Logue), can’t seem to figure out if he’s in a bad Bugsy Malone remake or a cheese factory.

Other than that, we’re rushed through a veritable ID parade of younger versions of Gotham’s villains, including Penguin, The Riddler, Catwoman, Poison Ivy, Scarecrow and possibly the Joker. Some of them are the wrong ages in relation to Bruce, but you expect a reimagining like this to play around with timelines and that’s forgivable. What would be a mistake would be to mess around too much with the characters themselves. 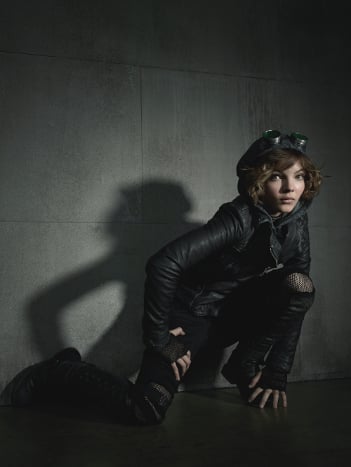 Look, I can stick my leg out to one side!

The girl who’s going to end up being Catwoman is spotted a number of times in the pilot, most frequently in that edge-of-the-building pose favoured by comics, and the poor girl doesn’t get to say a word. Not only is it just plain annoying that she keeps hanging around silently, she’s also a crappy pickpocket and Catwoman is supposed to get turned into herself at some point in an incident with some cats, not just be a glorified parkour expert that likes sticking one leg out when she’s perched on stuff.

It is the pilot though and, somewhat ironically, a TV series should never be judged on its pilot. There are enough promising set-ups and standout characters to hint at a series that could be great with the right handling, and a closing scene that suggests the kind of murky morals and blurred boundaries of all the best Batman adaptations are being kept firmly in mind. ®

Gotham debuts in the UK on Channel 5 on Monday, 13 October.