Lights off, nappies on! It's Alien: Isolation and The Evil Within

Game Theory H.R. Giger’s Necronomicon used to be my bedtime book of choice. There’s something about the design of the original Alien that left me with a pseudo sexual queasiness, all moist egg vaginas and huge phallic headed xenomorphs. As the flickering 20th Century Fox Logo fills my screen, like some Videodrome VHS tape, I get a familiar uneasy shiver down my spine. 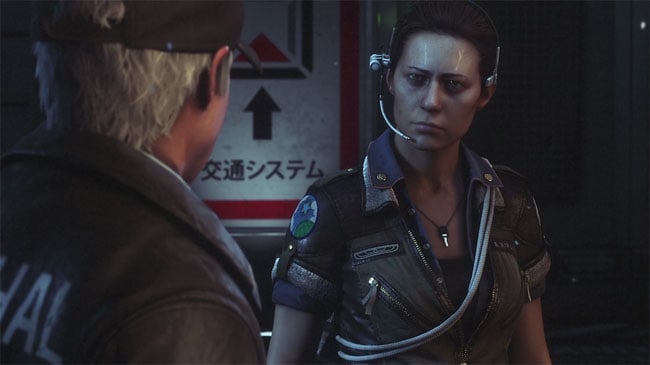 Another Ripley incarnation, and this time it's Amanda

I play engineer Amanda Ripley, the daughter of Ellen Ripley, who was lost when the Nostromo disappeared 15 years ago. It's just about time for a visit from Weyland Yutani, whose rep offers me a trip to find some closure and, as things go, a whole lot of android/alien-related hurt. My destination is the Sevastopol, a big space station Junker, to track down the flight recorder of the Nostromo.

Unable to dock with the Sevastopol, I grab a couple of crew mates, don a spacesuit and embark on what should be a routine spacewalk to access the Sevastopol via an airlock. Here things start to go awry and there’s an overly long cut scene where I was gagging for some button-flicking interaction similar to the beginning of Wolfenstein. Way to lose my attention, Creative Assembly. 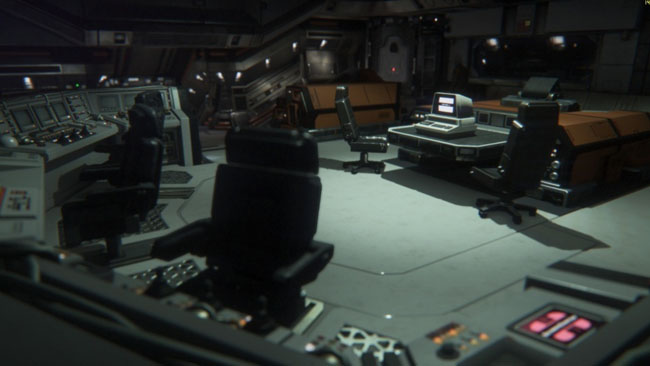 The lights are on, but nobody's home. Or so it seems

But soon, all is forgiven, as suddenly the atmosphere kicks in. I’m all alone aboard an eerily quiet space station which looks somewhat like a dodgy Berlin squat – with no way of contacting the ship or my colleagues.

Several levels in and there’s still no sign of the alien but I have had plenty to keep me busy and on my toes or just plain dead. Ah, the tension, bringing on pangs of a coffee-induced coronary due to anxiety and paranoia. I’m already struggling and things never improve, this sense of layer upon layer of unease and angst is Alien: Isolation’s defining feature and what makes it feel authentic... well, as much as a game of hide and seek can be. Move slowly and stay down are the winning tactics, where the odds are never in my favour. 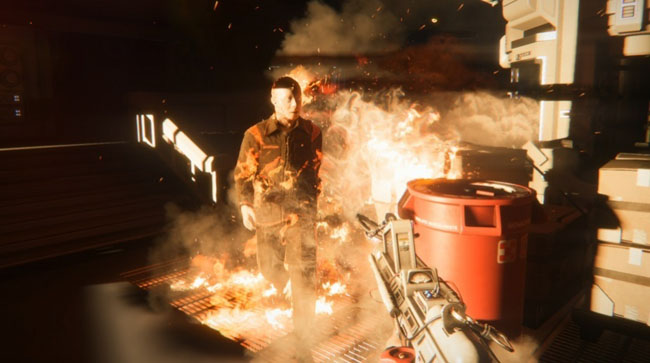 Pesky synthetics: just be sure to pick them off one at a time

Packs of space pirates give themselves away by being chaotic and generously raucous, so I hear them a mile away. Synthetics follow strictly defined patrol paths and timings. They are possible to avoid but getting into a fight with one of them uses lots of risks and resources, trying to fight two will result in instant death and unfortunately they seem to come in pairs.

I find useful bits and pieces such as blueprints and materials to craft items that can act as distractions, such as smoke bombs and flares. And then just as I start to feel like I’m getting the hang of things, here comes the alien and my fingernail grip starts to slip. 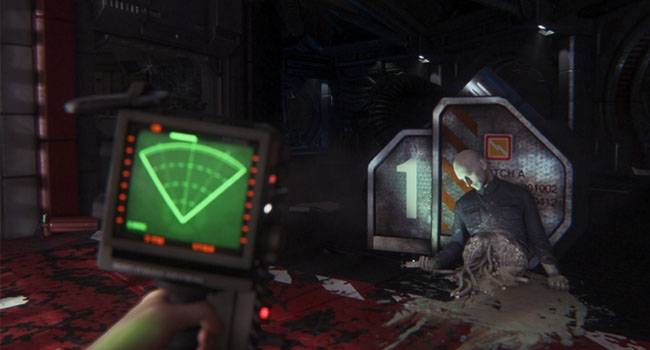 The Motion Tracker can be a help and a hindrance

The alien is a clever so-and-so, who cannot be killed and listens for my motion tracker to find and kill me. I have to restart three levels back because all those resources to cause distractions that I wasted are now essential to my progress and survival, and I need to rethink my game. Manual save points in the form of vintage telephone booths are suddenly all too sparse, just like my hiding places.

Like some xenomorphic Einstein, the alien learns that a loud noise is worth scrutinising and if I’m not in the next room, then surely I must be in a locker or cupboard and best to leave no fucking stone unturned. But this seems doubly unfair when there are areas with other humans who don’t seem to agro it at all. 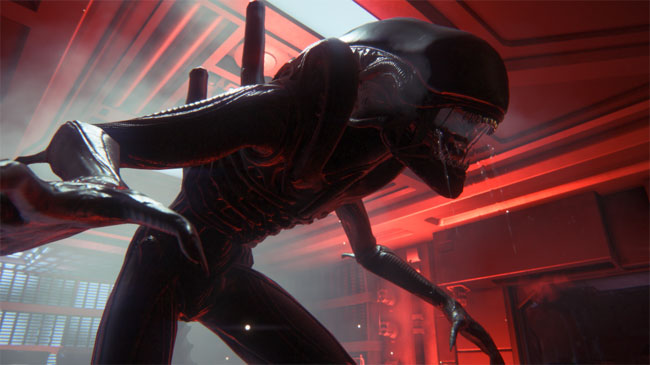 The hiding round a corner taking furtive glances at my motion tracker has become a staple of my evening lately. The fear of the alien behind me is ever-present and just the few seconds needed to enter a passcode have me jittering and fumbling in fear. That said, hacking into doors and computers were fun minigames but on the whole I found there was too much to-ing and fro-ing.

Merciless and obviously intended to be challenging, this is definitely the best Alien game I have ever played. It has stunning visuals, particularly the atmospheric lighting, haunting sound design and feeling of complete immersion into the Alien universe. As I can’t shake the feeling I’m intentionally created as prey, it makes for astonishing and unique gameplay. Well done on such a bold move, SEGA.

Next page: The Evil Within
Page: