Ada Lovelace Day: Meet the 6 women who gave you the 'computer'

You thought YOU dealt with a rat's nest of cables? 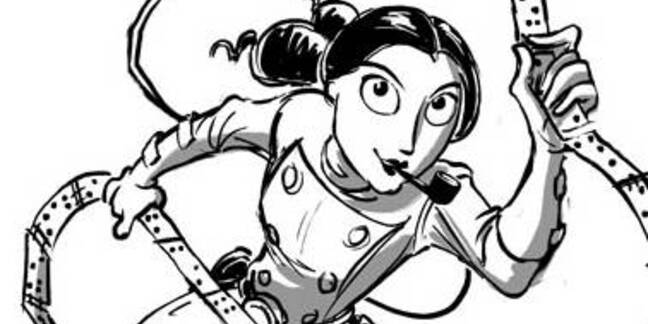 Ada Lovelace Day Ada Lovelace Day, the second Tuesday of October, marks the achievements of women in the fields of science, technology, engineering and maths (STEM).

Women have ascended to great heights in the technology sector – Ginni Rometty is chairperson, president and chief exec of IBM, Meg Whitman and Marissa Mayer are CEOs of Hewlett-Packard and Yahoo! respectively, Safra Catz is joint CEO of Oracle, Padmasree Warrior is chief technology and strategy officer of Cisco, Sheryl Sandberg is Facebook chief operating officer. But at the grassroots, the number of women in our field is low.

Women comprise 49 per cent of the UK’s workforce, but make up just 17 per cent of IT professionals.

If you attend tech events, you'll find that the further you stray from the CRM, social network and blog footpath and the deeper you get into the programming woods, the more this is evident.

The reasons for this reality are hotly debated: reasons floated include the "nature" of the subject; the manner in which it is taught to boys and girls (or not taught, as the case may be) at school; and the dynamics of a business that sees women forced to chose between having a career and raising children.

Around 181 years ago, in 1833, Lovelace met the man who cemented her name in history and they began an entirely unique relationship.

Mathematician and mechanical engineer Charles Babbage was working on his prototype computers the Difference Engine and the Analytics Engine when they met.

Lovelace is credited with developing an algorithm for Babbage’s engine that would calculate a sequence of rational numbers.

Lovelace was the daughter Lord Byron and mathematics-loving mother Annabella Milibanke who ensured rigorous studies in science, maths and logic.

Lovelace’s contribution and status as "world's first programmer" has become subject to debate, but one thing you can’t deny is without women in high tech during its pioneering post WWII period, the device you’re reading this on probably wouldn’t be called a “computer” – it might not even have existed.

In the 1940s, the US military was building the Electronic Numerical Integrator And Computer (ENIAC), developed by John Mauchly and John Presper Ecker. Packing 17,468 vacuum tubes for switching and computation and weighing 30 tons, ENIAC is considered the world’s first general-purpose electronic computer.

ENIAC was used by the US military to calculate missile trajectories in 1946. Before this, they had been employing women who had the job title “computer” who'd been calculating the numbers by hand. In 1945 the military put out the call for “computers” to program the then-secret ENIAC. A name was born.

All six are now sadly no longer with us – Bartik was the last to pass away. But their achievements were profound, not just in terms of inadvertently cementing the name "computer". In the absence of manuals literally working out how to use this giant, the team of six installed computer programs working from sheets of paper, nimbly unplugging and replugging a rat's nest of cables and resetting switches.

In their footsteps came Grace Hopper. An Ivy-League educated mathematician, Hopper devised an operational compiler for Mauchly and Ecker’s UNIVAC, helping make UNIVAC more than just a giant calculator. She also led the development of COBOL.

One of the first computer languages to be standardised, COBOL became most closely associated with mainframes like IBM's S/360, the next chapter in popular computing in the 1960s and 1970s, immediately before the PC. Around 70 per cent of business transactions are believed to still run on COBOL.

According to a Chartered Institute for IT members study this year, 79 per cent of respondents thought the IT profession would benefit from more women working in IT roles.

It already has, but we can do better. ®