Bargain gadget of the year?

While there was nothing individually outstanding about Tesco’s first tablet, it had a good HD screen, a decent Rockchip CPU, a more-than-adequate battery life and was well glued together.

For £129 – or a darned sight less if you had any Tesco clubcard vouchers to hand – it was impressive value. 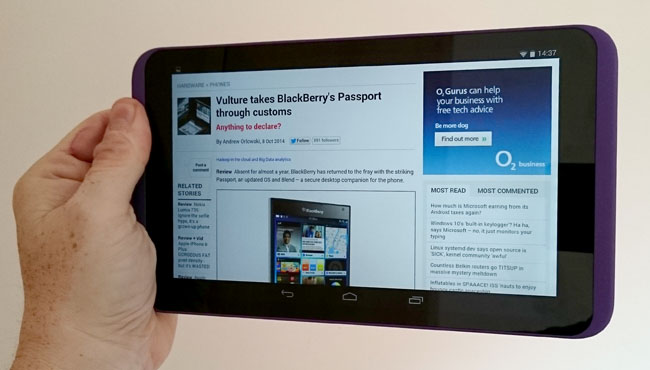 So is the Hudl 2 – built by Taiwanese OEM Pegatron, as far as I can gather – just more of the same? Not a bit of it. For an extra £10, Son of Hudl blows the original out of the water and offers extraordinary value for money.

Just about every aspect of the Hudl 2 is The Hulk to the Hudl 1’s Bruce Banner. To start with, while the original had a 7-inch 1440 x 900 display, the new incarnation has an 8.3-inch 1920 x 1200 panel. It’s not just bigger than the original Hudl’s display, but brighter, more colourful, sharper to the tune of an extra 30 pixels-per-inch (273dpi vs 243) and it supports broader viewing angles. 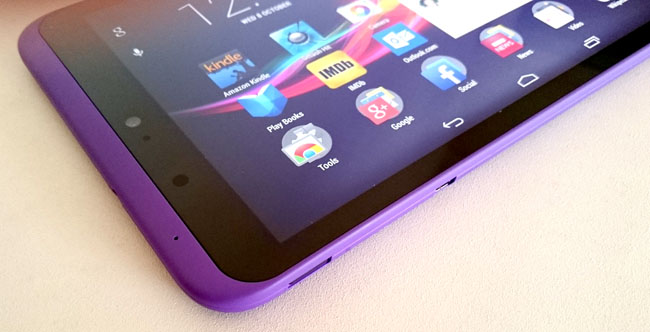 Only a 1.2Mp front-facing camera but the quality is better than the previous model

Interrogate the system and you’ll find that in place of the original 1.5GHz quad-core Rockchip CPU with 1GB of RAM there is now an Intel Atom Z3735D 1.33GHz quad-core component with 2GB of RAM. The new chipset returns an AnTuTu score of just over 30,000, which, if not as superficially impressive as that generated by the also Intel-powered Asus MeMo Pad 7, still ain’t half bad. 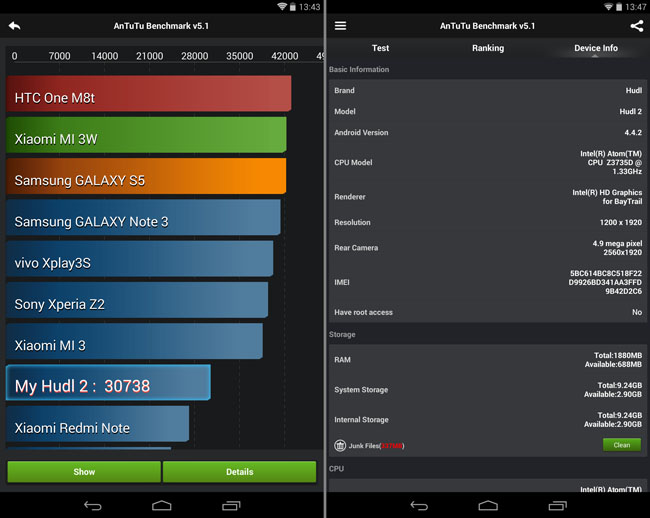 More importantly, the Hudl 2 is the first Atom-powered Android device I’ve used that exhibits not the slightest pause or delay in the user interface. Thanks to that 2GB of RAM, the Hudl 2 is Nexus 7-smooth and supremely responsive to the touch.

Ergonomically, the new Hudl is an equally big a step forward. The matte-finish sides and rear make for a warm and comfortable hold while the speakers have been shunted up the sides so they now sit in the top corners when held in landscape. This means your hands don’t cover them when you are gaming or holding the thing to watch a movie. 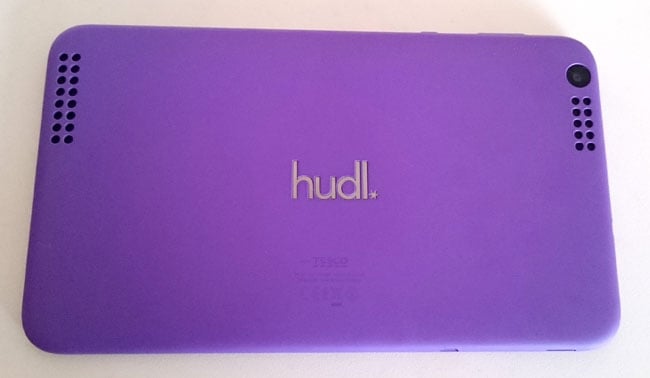 Speakers sound fine for a tablet

The speakers are also larger and more powerful than before and the audio gets some Dolby signal processing too. They give little away to the speakers fitted to the likes of the Samsung Galaxy Tab S 8.4 in the sound quality stakes.

There’s no official word from Tesco on the weight of the Hudl 2 but what I can say is that it feels significantly lighter in the hand than the 374g Kindle Fire 8.9 HDX, which is also sat on my desk at the moment. At 224 x 129 x 9mm, it’s a pretty compact device too considering the size of the screen. Tesco, similarly, doesn’t say what the capacity the Hudl 2’s battery is, just that it is good for “eight hours”. I’ll not argue too hard with that. Looping a 1080p video drained the battery in just over 7 hours.