Room with a view

It’s worth pointing out that my room is probably atypical. For starters I have a dedicated theatre (aka a spare room) with in-wall and in-ceiling speakers, so I couldn’t balance the tiny Onkyo up-firers on any existing enclosures. My solution was to place the Atmos speakers on their own speaker stands. The room itself is not overly large, around 3m x 5m, with a ceiling height of 2.4m. Screen and seating face off across the longer measure. 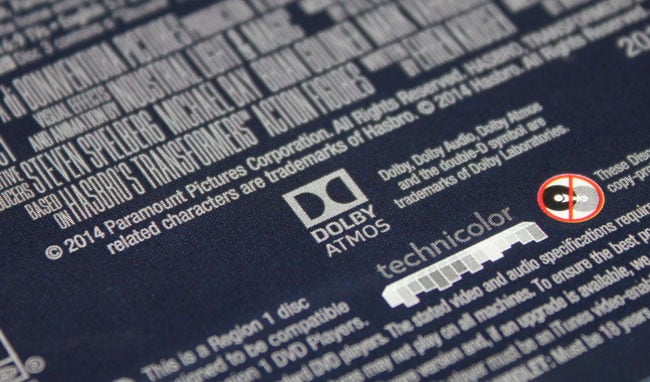 I tested the system with the only Dolby Atmos software available, a Dolby Demo Blu-ray disc of theatrical stings and a BD import of Transformers: Age of Extinction.

It quickly became apparent that placing the upfiring speakers near the screen, where a standard left/centre/right speaker arrangement would be positioned, didn’t work. Any reflected sound was undetectable from my listening position some 3.5-4m away. 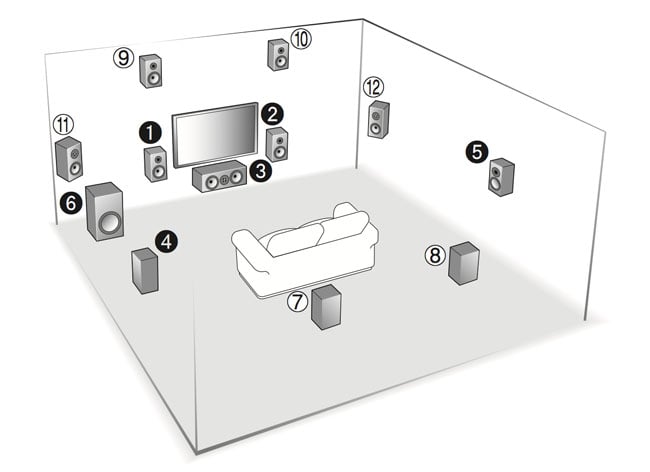 It wasn’t until they were 1.5m from my sofa, that these upfiring speakers eventually clicked. Had this been a living room, this would have been woefully impractical. Of course, other makes of Dolby Enabled speakers may well perform differently; we’ll know when they eventually come to market.

I also experimented with my in-ceiling speakers, re-purposing a pair of rears for Atmos, although this proved unsatisfactory. With my relatively low ceiling, I found the Atmos channel was localizing in a distracting way. One of the reasons I originally preferred THX-style dipole speakers for rear surround was the ability to sit in a null and negate nearby localisation. Dolby Atmos poses a similar conundrum. 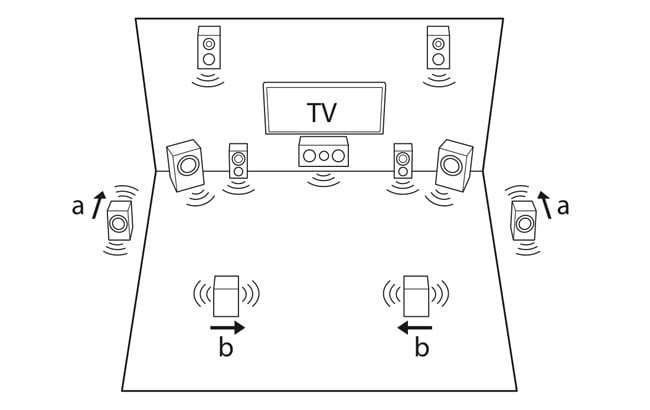 While I haven’t yet given up tuning in my in-ceilings (time consuming experimentation with levels and phase required) my first impression is that for most users reflective Dolby Enabled speakers will give a more convincing, immersive effect.

So, in a nutshell: seven channel AV Receivers able to decode Atmos in a five front/back and two height speaker configuration (also known as 5.1.2, where the 'point one' is the LFE pre-out for deep bass from an attached subwoofer) are probably going to work best in relatively small rooms, where your upward firing Dolby Enabled speakers can be parked in a sensible position. 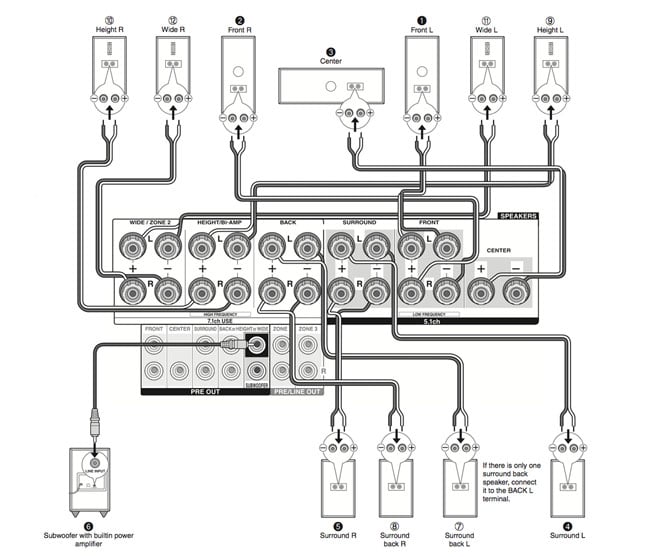 Next page: Some choice
Page: