Citizenfour: Poitras' doco is about NSA and GCHQ – not Snowden

Forget the character - concentrate on the plot... against your freedom

Review There is no subtlety in the political stance of Laura Poitras, which makes Citizenfour a completely one-sided documentary. Yet oddly enough, this bias doesn’t detract from the power of the film that covers a week in a Hong Kong hotel bedroom, during which Edward Snowden reveals himself and the extent of the NSA’s cyber-surveillance to Poitras, Glenn Greenwald and fellow Guardian journalist Ewen MacAskill. 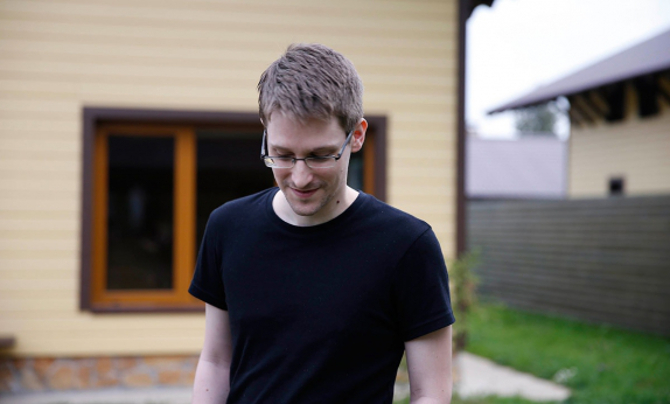 This is not a documentary that interrogates either Edward Snowden or his motives. Poitras is clearly on his side – the film is dedicated to “those who make great sacrifices to expose injustice” - so her movie is less an examination of why this came about than a chronicling of how.

We open in a car in the dark of a tunnel, with faint lights overhead, as Poitras, never seen on-camera, reads from the emails that Snowden first sent her about his NSA information, signed "Citizenfour". Rather than have talking heads tell us about the state of high alert America has been in since 9/11, Poitras outlines her own experiences of being constantly stopped at US border control following her earlier critical films about the Iraq War and Guantanamo – My Country, My Country and The Oath - documentaries she considers a trilogy with this one.

This surveillance and her films were some of the reasons that Snowden reached out to her. The NSA sysadmin had originally attempted to contact Greenwald, but was unable to persuade him to use security precautions. Poitras peppers the slow building of trust between the two with scenes from US government hearings where the NSA denies monitoring electronic communications in the country. A talk from former intelligence official turned whistleblower William Binney outlines some of the activities of the NSA he was privy to before leaving in 2001.

These tactics are also used to highlight the scope of what Snowden reveals, once Poitras, Macaskill and Greenwald meet him in Hong Kong. It’s in an Occupy Wall Street talk on surveillance that she neatly hamstrings the idea that metadata, as opposed to content, is in any way a harmless kind of information about someone. Security researcher Jacob Appelbaum illustrates how metadata locates you and how just a few more links, such as between your debit card and your travel pass, can fill in all the details of your life and place you where a crime occurred or a meeting was held, putting you under suspicion.

It’s tempting to dismiss many of the elaborate precautions required to evade such surveillance as paranoia and it’s clear that Macaskill and Greenwald initially do when they first meet Snowden. A complex series of tells and passwords are given to them by Snowden - that he’ll be working on a Rubik’s cube, they’ll ask about a restaurant, he’ll reply, they’ll reply, all in set responses – before he’ll trust they are who they say they are.

Once in the room, Snowden uses his “magic mantle of power”, a red blanket, to hide what he’s typing, to the bemused smirk of Greenwald. When he scolds Greenwald for having too short a password on his computer, Greenwald tries to brush it off with a joke, “I just type fast”, but Snowden is not amused. Even a fire alarm going off in the hotel shortly after Snowden unplugs a VoIP phone he feels can be used to listen in on them is treated with the utmost suspicion. Yet as the evidence of what the NSA, GCHQ and other intelligence agencies have been doing piles up, it becomes harder to imagine any level of paranoia being enough to stop government surveillance. By the end of the film, Greenwald won’t even say half the things he wants to say in the same room as Snowden, he writes them down and then tears up and discards the pieces of paper when they’re done.

Aside from his occasional bouts of paranoia, Snowden comes across as almost frighteningly calm about what he’s about to do. His passionate idealism and determined commitment make him appear young and almost naïve, but his position is calmly and intelligently argued, so that you begin to wonder if it’s your own cynicism that greets such apparent sincerity with scepticism.

That jaded reaction to Snowden and to the leaks - that we all knew something like this was probably going on and what of it - is taken to task by Appelbaum in another talk later in the film. He says that the fatalistic reaction of his generation to their own loss of privacy, which he sees as really a loss of liberty, is frightening. By the end of Citizenfour, you’ll be frightened too.

Despite the wealth of media hours devoted to Snowden and the NSA, Citizenfour does make the whole thing fresh again, with its tight thriller-like filming and the claustrophobic images of the same four walls around him as Snowden systematically dismantles his life for the sake of disclosing what he knows. It also throws in the occasional unknown tidbit, that the NSA loves Britiain’s GCHQ’s Tempora programme, for example, “because they can query it all day long”, something that the US doesn’t allow.

This is a film that reminds you about the magnitude of the NSA revelations and forces you to confront again the loss of privacy and curtailing of freedom that we’ve come to expect and accept in the modern world. While a deeper view of Snowden himself would have been welcome, by refusing to delve into his personality and taking at face value his claims that the leaks came at the prodding of his own conscience, Poitras keeps all the focus on the NSA’s spying and asks the audience to question a society that allows such mass surveillance of its citizens. ®