Want a more fuel efficient car? Then redesign it – here's how

43mpg from a Jaguar XJ-S

Crawling from the Wreckage Cars are mass-produced consumer products sold to users who mostly know very little about them. They are optimised to make a profit for the manufacturer, so low build cost is paramount for most manufacturers – which automatically excludes many design and engineering ideas that would raise efficiency. John Watkinson has been busy in the garage and applied those concepts to his own vehicle and found that they work.

Like many others, my greatest problems are, or at least were, energy costs. I’ve solved my household energy problems, but that’s another story. Here I’m talking about solving vehicle efficiency problems – basically reducing the cost and the environmental impact of running a car.

As a designer, one of the problems I find is that consumer products are, almost by definition, sub-optimal and the more cut-throat the market, the more sub-optimal they will be. Cars fall into that category. Under that nice paint job can be some very questionable engineering. Accept that and the process of ceasing to be a consumer has begun.

Running a car has fixed costs like purchase price, tax and insurance, and dynamic costs like fuel and maintenance. Looking at the overall picture, buying a new car that has better fuel consumption and attracts reduced road tax frequently doesn’t make economic sense.

The only thing that’s more stupid is taking out a loan to buy a new car. Unless fuel consumption is gross or it is falling apart, the best thing to do with a car is to keep it and maintain it.

While cars can be modified to have significantly better fuel economy, again the cost of the modifications will never be recovered. But hypermiling is a growing trend and it’s a hobby with a purpose – a good thing as far as I'm concerned.

What I am doing is at the radical and scientific end of hypermiling. As far as I can see, the only route that makes economic sense is to apply fuel efficiency modifications to a car that is being restored. As the restoration requires an investment in new parts, it costs no more to replace worn out original parts with different technology. I’m not counting my labour, because I’m doing it for fun and to learn. 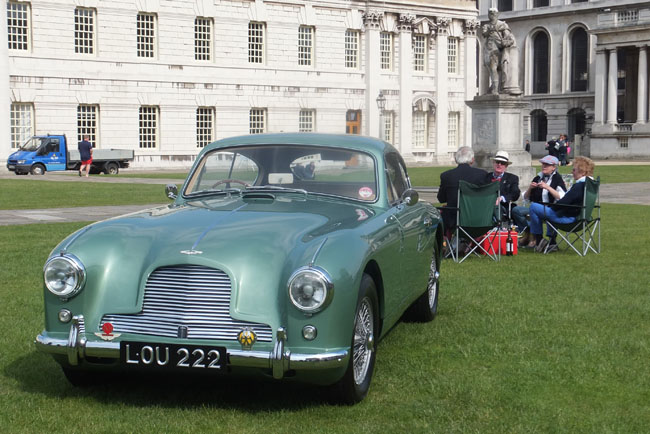 Conversation piece: own a classic car and meet new people

Classic cars are typically inexpensive to insure because owners tend to look after them and drive in a way that will preserve them. They are more interesting to own and are a good way of meeting people. People come up and chat when you get out of a classic. Turn up in a modern car and you are just another face in the crowd, unless you drive a Konigsegg or something, in which case you won’t be reading this.

I have been running the six-cylinder Jaguar XJ-S for years and the standards of comfort and road manners are such that these vehicles are still entirely relevant to today’s driving conditions. Not only that but they can be taken to pieces and repaired. There has always been one glaring problem: their abysmal fuel consumption. I thought if that could be improved, I would have my ideal car.

Next page: Pull your weight
Page: