Page File This is an enthralling but slightly flawed read written by Walter Isaacson – of Steve Jobs' authorised biography fame.

Since that seminal time, the history of computing has progressed through a combination of staggering leaps and force-fed innovation, from an array of brilliant minds and collaborative teams. Isaacson began this history of computing and the personalities involved in it before starting the Jobs bio, and finished it afterwards.

Many shrewd hypotheses come out in the book. Isaacson believes massive increases in innovation come from collaborative teams with a clever and charismatic leader/chairperson holding things together, such as John Mauchly and ENIAC's origination at the University of Pennsylvania, and the invention of the transistor at Bell Labs with the egotistical William Shockley driving things.

He says multi-disciplinary teams with random, serendipitous interactions foster hardware innovation much faster and much better than single focus teams. Teams with quantum physicists, chemists, materials scientists, engineers, communications theorists and others devised the early vacuum tube computers and then the transistor.

Isaacson points out that, typically, men worked on hardware with women doing the less highly regarded (at the time, anyway) software. Since then of course, software has become much more highly regarded, now even pre-eminent over hardware, and people like Ada Lovelace and Grace Hopper have received their due. The book resets the role of women in computing history in a positive way without being didactic about it. 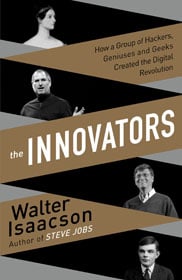 Research labs embracing open academic style research can be wondrously productive in innovations but not generally in productising innovations. Two examples: Xerox PARC invented the WIMP GUI but didn't profit from it, and Bell Labs invented the transistor but didn't profit from it. Instead Fairchild Semiconductor, Texas Instruments and others did, benefiting from the fantastic work at Bell Labs and its inexpensive licensing policy.

Some of the writing and personality descriptions are a joy to read, such as that of Gordon Moore: "With his self-effacing and genial manner cloaking a precision-guided mind ... a true-bred Californian, easygoing and affable."

William Shockley is pictured: "His prickly personality meant he was passed over for promotions ... bizarre but brilliant ... crossed the line from being visionary to being hallucinatory."

Isaacson also quotes Tom Wolfe on microchip man Robert Noyce: "Noyce realised how much he detested the eastern corporate system of class and status with its endless gradations, topped off by the CEOs and vice-presidents who conducted their daily lives as if they were a corporate court and aristocracy."

At Intel, Noyce had a battered old desk in the middle of a common work area – no sealed-off high-status corner office for him.

It's interesting to note that this idea, of companies ideally being a meritocracy with no hierarchies, has long gone, not least at Intel. 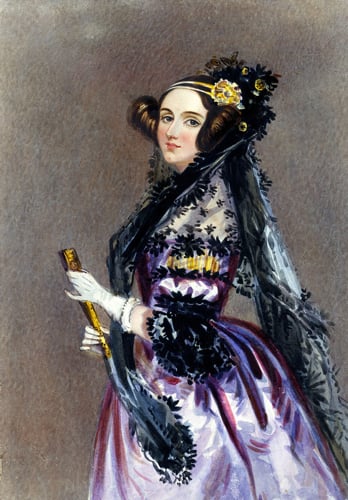 Some criticisms of the book: the explanations of technology can sometimes be incomplete but generally it's just right, detailed enough for understanding but not submerging you in technological minutiae.

Sometimes it uses remarkably odd words, like "lagniappe", which means something extra given to you when buying something – a small gift. It sent me scurrying to the dictionary.

The book is great on so many things, like the foundation of the internet, with great descriptions of the decentralised network concept, routers and packet switching, but it is vanishingly light on Ethernet, minis and mainframes – reflecting, possibly, Isaacson's interests and experience.

But then he does write: "The digital age could not become truly transformational until computers became truly personal." That's the arc of computing history that Isaacson follows so well in this book. All of us who are and have been involved in this transformation, with our smartphones, tablets and PCs, will enjoy the story that Isaacson recounts. ®