Guns, or objects licensed as guns? Big difference between the two

Analysis The Association of Chief Police Officers (ACPO) has claimed that more legally owned firearms were lost or stolen over the last few years than appears to be the case, according to an exclusive analysis by The Register.

The discrepancy casts doubt on a new initiative pillorying gun owners for being careless about gun security.

Last week ACPO released a set of statistics to accompany a new initiative highlighting the number of legally held firearms lost or stolen over the last five years.

However, The Register has cross-referenced ACPO's figures - which it says are taken directly from the National Firearms Licensing Management System, the police database of all privately owned rifles and shotguns in the UK - with data obtained by BBC Radio 4's World at One show* under the Freedom of Information Act.

When compared, the figures appear to show that ACPO is over-reporting the number of losses and thefts of lethal barrelled weapons by an average of 10 per cent. If shotguns are removed from the data, ACPO's statistics seem to record double the number of firearms stolen than is actually the case according to the detailed Home Office stats.

We compared the Home Office figures for the years 2009 - 2011 with ACPO's figures for the same years. To begin with, we tabulated the Home Office statistics for the relevant years. By sense-checking the data to filter out objects held on firearm and shotgun certificates that are not complete firearms in themselves - such as sound moderators** and spare barrels - we uncovered the true number of lethal barrelled weapons that were lost or stolen.

The number of shotguns lost/stolen remained more or less the same once the figures were sense-checked, chiefly because there are far fewer licensable components available for shotguns than there are for firearms. 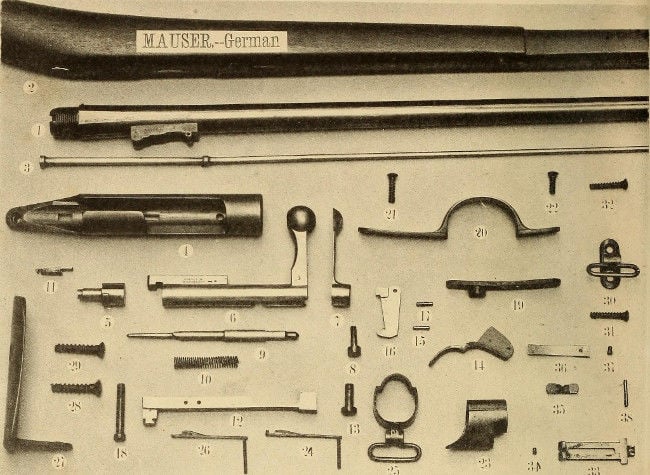 Dismantled rifle: Item number 1 is the rifle barrel, while item 4 here is the rifle's receiver. Under UK law both of these must be entered on a firearm certificate in the same way as a complete rifle. Many other parts pictured here are also licensable. Click to enlarge

We then compared the number of actual firearms and shotguns lost to ACPO's numbers for each year.