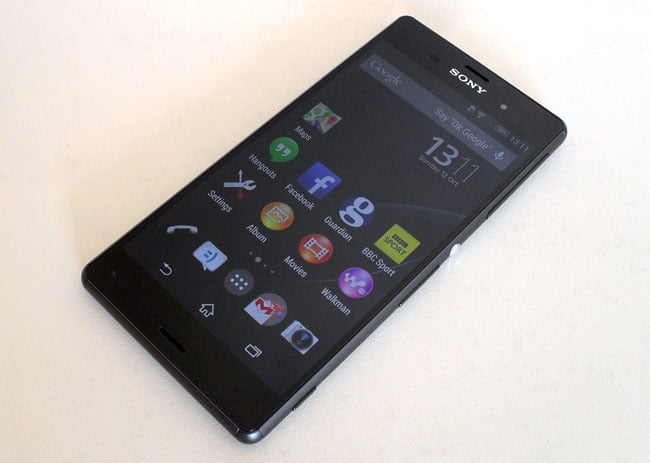 In the round: the curvier Sony Xperia Z3

Don’t get me wrong, I’m all for shiny new kit landing on me like seagull droppings on a busy dockside when the trawlers tie up, but Sony’s refresh rate is starting to make me dizzy. I suspect Joe Public is getting a tad nauseous too.

Unlike its Z-series forebears, the new Xperia Z3 is an altogether more rounded lump, especially at the edges and corners. Out have gone the slab sides of the Xperia Z, Z1 and Z2, replaced by a gentle curve that’s easier on the eye and more pleasant in the hand. The chrome power button and camera shutter key are smaller than before, but still do their respective jobs and the positioning of the volume control just below the on/off button is still a Very Good Idea.

Not before time Sony has taken the axe to the overly wide bezels on its flagship phones. So despite housing the same-sized 5.2-inch display as the Xperia Z2, the Z3 is smaller at 146 x 72 x 7.3mm vs 146.8 x 73.3 x 8.2mm. It’s lighter too at 152g vs 163g. Some of that weight reduction has been achieved at the expense of battery capacity. The new phone has a 3,100mAh battery compared to it’s predecessors 3,200mAh unit, but as we shall see that's nothing to get bent out of shape about. 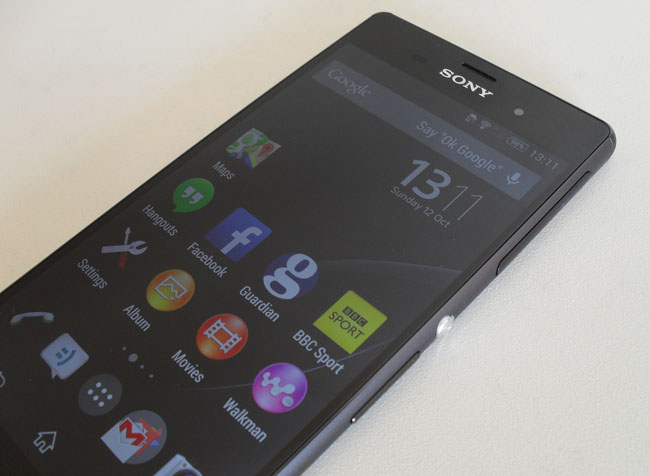 The one design feature that Sony hasn’t tinkered with is the glass back. Aesthetically, this works a treat but my God it makes the Z3 a slippery little so-and-so, something iPhone users are all too familiar with. I left mine sat on top of my wallet one night and after about 45 minutes it gracefully slid off, skittered across three inches of coffee table and hit the floor with a crash, scaring the bejeezus out of the other half. It brought to mind the sliding stones of Death Valley. You never see the thing move, but move it does.

It performed the same trick on the upstairs banister (dumb place to leave a phone, granted) and proceeded to cartwheel down a flight of wooden stairs onto a tiled floor. The fact the handset survived both misadventures without a scratch is testament to the excellent build quality but I’d still suggest buying a decent case.

Like all top-end Xperias, the Z3 is both dust and waterproof but the degree of proofing has been bumped from IP58 to IP68. Behind waterproof covers are the nano SIM and MicroSD slots as well as a micro USB port, so you can drop the Z3 into the khazi and not worry about it… apart from fishing it out, of course. Less impressive are the stereo speakers built into the front of the Z3, which could be louder. 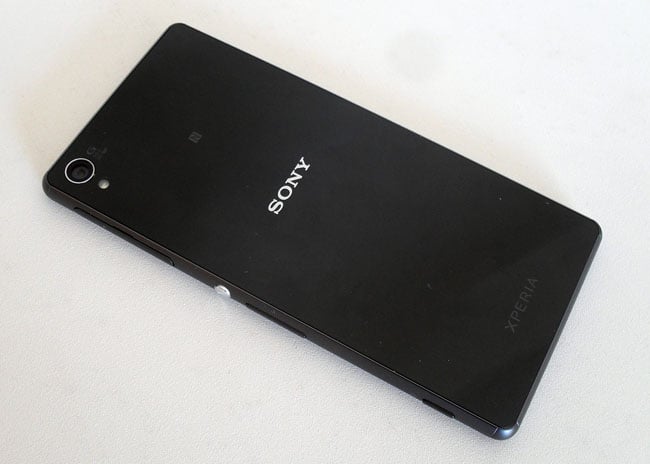 On paper, the Xperia Z3 looks to have the same screen as the Z2 – a 5.2-inch 1080 x 1920 IPS affair but there have been a few subtle changes. First and foremost this latest Triluminous panel includes what Sony calls Live Colour LED, which, and I quote, “gives you the world’s deepest and most intense colours on a smartphone...by combining red and green phosphor with blue LEDs and customised colour filters to produce a brighter and more uniform light.” Apparently, this not only makes the screen brighter but also uses less power.