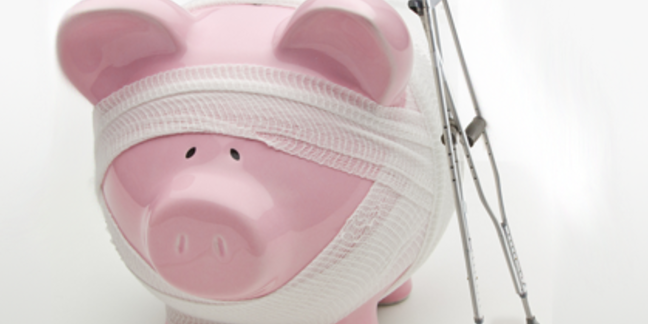 Internet-enabled frauds reached £670m across the UK in the 12 months running up to the end of August, according to new figures from the National Fraud Intelligence Bureau.

Since the majority of internet-enabled fraud cases still go unreported, the true economic cost to the UK is likely to be significantly higher.

The figures were released as part of the 2014 edition of the annual Get Safe Online Week, which runs from 20 to 26 October.

As part of Get Safe Online Week, credit reference agency Experian unveiled research on illegally traded information, which shows an increase of 300 per cent over the last two years. More than 110 million pieces of data bought and sold by criminals so far in 2014. The figures come from independent study was commissioned by Experian using web monitoring technology.

The vast majority (96.5 per cent) of the illegally traded data consists of login credentials – username and password combinations. Online accounts can give identity fraudsters access to huge amounts of information such as where you bank or shop, linked accounts that may have passwords saved automatically and all the personal information you may have shared over email. Compromised email accounts also contain personal contact lists that allow fraudsters to target other potential victims.

Separate research commissioned by Experian discovered evidence that people are also closing down the accounts that they don’t use, leaving less opportunity for criminals to exploit their online identity. The average Briton now has 19 different online accounts (27 per cent) lower than 2012, according to a survey of 2,000 consumers. One in 10 of those quizzed had online retail accounts that are no longer used (21 per cent in 2012) while 10 per cent had inactive email accounts open (down from 18 per cent).

Despite some improvements, online password behaviour remains poor. One in 10 Britons use an average of just seven different passwords to keep their information safe. But one in 20 use the same login details for all their online accounts, and 10 per cent of Britons never change their passwords.

More than half (51 per cent) of those surveyed for Get Safe Online have been a victim of online crime1 but only a third of those who'd been a victim (32 per cent) actually reported the offence. Around half (47 per cent) of victims did not know to whom to address their online crime complaints. Action Fraud, the UK’s national fraud reporting centre, is aiming to boost awareness about crime reporting through an ongoing educational campaign.

The survey found that most people still fail to apply basic security precautions to their actives online. For example, more than half (54 per cent) of mobile phone users and around a third (37 per cent) of laptop owners do not have a password or PIN number for their device.

A significant minority of victims change their behaviour after becoming victims of fraud. For example, nearly half (45 per cent) opt for stronger passwords and 42 per cent report being extra vigilant when shopping online. The figures are based on a poll of 2,000 people by Vision Critical for GetSafeOnline.org

Francis Maude, Minister for the Cabinet Office, said that the government was committed to boosting cyber-security awareness as part of its strategy of making the UK the world's best location for e-commerce.

“We want to make the UK one of the most secure places to do business in cyberspace," Maude said in a statement. "We have a £860m Cyber Security Programme which supports law enforcement’s response to cybercrime and we are working with the private sector to help all businesses protect vital information assets.

“Our ‘Get Safe Online’ and ‘Cyber Streetwise’ campaigns provide easy to understand information for the public on how and why they should protect themselves. Cyber security is not an issue for Government alone – we must all take action to defend ourselves against threats,” he added.

Tony Neate, Chief Executive of Get Safe Online, commented: “Get Safe Online Week this year is all about ‘Don’t be a victim’ and we can all take simple steps to protect ourselves, including putting a password on your computer or mobile device, never clicking on a link sent by a stranger, using strong passwords and always logging off from an account or website when you’re finished. The more the public do this, and together with better conviction rates, the more criminals won’t be able to hide behind a cloak of anonymity.”

Detective Superintendent Pete O’Doherty, head of the City of London Police’s NFIB, added: “I would also call on anyone who has fallen victim to an online fraud to report to Action Fraud. Only by doing this will local police forces be able to track down the main offenders and ensure victims receive the best possible support as they try to recover from what can be an extremely difficult and upsetting experience.”

Victim of cyber-enabled economic fraud should report it to Action Fraud, the UK’s national fraud reporting centre by calling 0300 123 20 40 or by visiting actionfraud.police.uk. If you are a victim of online abuse or harassment, you should report it to your local police force. General advice on how to stay safe online is available from GetSafeOnline.org here.

1Online crime - as covered by Get Safe Online's survey – is defined to include anything from ID theft to hacking or deliberate distribution of viruses as well as online abuse.

Let us pour you some of this CloudSpin juice, upstart says

Roundup Your guide to this week in infosec

No, I'm not surfing smut. I'm trying to score a bug bounty from P0rnhub