Can ICANN be forced to agree to oversight of its decisions?

Analysis When was the last time you gave any thought to how the internet actually works? Despite the extraordinary and never-ending growth in people and devices that connect to the internet every second of every day, we have never seen the equivalent of Twitter’s Fail Whale. The internet, as a whole, just doesn’t go down.

There are two main reasons why. One, a very clever decentralised and lightweight design, and two, an engineer culture focused on the network first and everything else second.

There is one potential flaw, however. In the middle of this vast, global, decentralised network exists a central core around which the internet binds, and without which the network would start to erode and break apart.

And in charge of the upkeep of that core are two organisations: the Internet Corporation for Assigned Names and Numbers (ICANN) and the United States government.

Such is the importance of the core that ICANN has been purposefully lumbered with an organisational design that tests the limits of sanity: three supporting organisations (one of which is broken up into another four components and then sub-divided again); four advisory committees; a 20-person board; and a permanent staff.

Just like the internet, however, this global and decentralised organisation has a potential flaw: a central core of staff and board, without which the rest of it would start to erode and break apart.

And that’s where the US government comes in. Since the creation of ICANN in 1999, the US government has overseen the organisation. Uncle Sam was supposed to step away within just a few years but for various complicated reasons, in every one of the 15 intervening years, ICANN’s core – its staff and board - have made at least one fundamentally stupid decision, usually against the explicit wishes of the majority of the organisation.

And then refused to change its mind.

Each time it has done so, the United States administration has done the equivalent of walking into the room, smacking ICANN over the head and leaving again.

How the US government has been able to do this is very simple: it controls a contract for what are called the “IANA functions” which are effectively the core technical functions upon which the internet relies. ICANN has been awarded that contract every year for $1 – but each time it gets too big for its boots, and the US government makes it clear that it owns the contract and it is prepared to award it to someone else. So each time, ICANN gets over its wounded pride and fixes the issue. 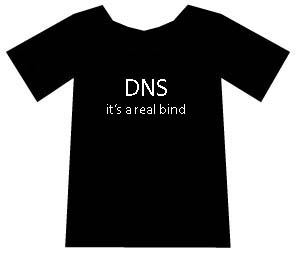 Thanks in large part to Edward Snowden, this unusual Lord of the Flies approach to running the internet’s core is no longer sustainable. When it became clear that parts of the US government had been abusing its unique position for mass online surveillance, the gig was up. The US Department of Commerce announced in March that it would step away from the IANA contract altogether, and rely on a transition plan drawn up by ICANN as a whole.

Aside from making sure that such a fundamental and important handover is done carefully, seamlessly and hopefully invisibly to the rest of the world, there is one big unanswered question: who gets to smack ICANN around the head when it makes the next big, stupid decision?

ICANN’s core – staff and board – already has an answer to this question, and you’ll never guess what it is. Yes, that’s right – it’s that ICANN doesn’t need an overlord at all.

It should be free to make stupid decisions in future and have everyone just suck it up. Unfortunately, everyone that isn’t on the staff or the board would beg to differ.

And so since the announcement in March, the internet governance world has engaged in back-and-forth arguments, with ICANN trying to work around any suggestion that it be given some form of oversight, and the community responding that, no, it wants it.

How the decision finally gets made will likely decide the future health of the internet itself.

Next page: Some examples of why no oversight would be a very bad idea
Page: