From ashes to acquisitions

But this wasn’t the end of Tom Sopwith or his presence on Richmond Road: Sopwith was rebooted as H.G. Hawker Engineering in 1920 and he bought back the Ham factory in 1948, for £585,000. I’ll come back to that.

Back on our tour, I’m at the junction of Canbury Park Road and Elm Crescent looking at what's left of The Island. Now called Sopwith House and strictly residential, it's a Grade-II listed building. 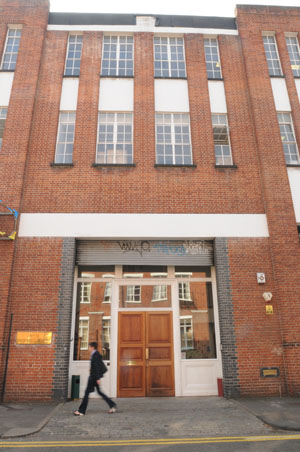 and home to the Hurricane. Credit: Gavin Clarke

You can walk a loop of the old Island. Sopwith House fronts a small, Brookside-like housing development called Sigrist Square. Sopwith House is part of Sigrist Square, behind a brick and iron fence featuring a motif of propeller blades. Look at the ends of Sopwith House and you can see where the new bricks join the old, where the building was cauterized after its other parts were cut off. Walk a few yards from the corner, down Canbury Park Road, and you find a pair of brick gateposts bearing two plaques from Kingston Aviation.

Come back to the corner of Canbury Park Road and Elm Crescent and you’ll see the first-floor bay window – that was Sopwith’s office. From the early 1920s to the 1930s the design offices of Sopwith’s chief designer Sydney Camm were behind the upstairs windows along Canbury Park Road.

Turn 180 degrees: breathing down your neck in this narrow road is a redbrick, fort-like building fronted by high windows. This is Siddeley House, also listed.

Leased offices now, owned by Search Office Space, in the 1930s this was Sopwith’s Experimental Shop – used to develop top-secret projects. The first aircraft built here was the prototype Hawker Hurricane in 1935. Peek inside and you’ll see the original block and tackle with runner in the ceiling and the dangling hook used to load lorries that pulled up to the spot where you’re standing.

The Experimental Shop was self-contained: on different floors were canteen, fitters and assembly facilities. Space was tight, with large, semi-assembled parts passed between floors down the outside fire escapes.

Also developed in this building were the Hawker Henley, Hotspur, Tornado and Typhoon but it was the Hurricane that made the biggest hit.

Camm joined Sopwith’s firm in 1923 becoming chief designer in 1925 and, in addition to working more than 3,000 biplanes, started on an Air Ministry tender for a monoplane fighter.

Rivals at Supermarine – later Vickers-Armstrong – in Southampton were working on the Spitfire, too, but the Hurricane flew first, in November 1935, and entered mass production ahead of the Spitfire. The Hurricane also dominated the RAF’s count of mono-wing fighters – outnumbering Spitfires at the pivotal Battle of Britain. Hurricanes scored more aerial victories, too, during that conflict: 1,593 of a total 2,739.

All this while Germany’s Willy Messerschmitt had prototyped his Bf 109 in 1935. This became the Luftwaffe’s lead fighter in the Battle of Britain but got its first combat experience in the Spanish Civil War, between 1936 and 1937.

The Hurricane was the epitome of Sopwith’s design ethos: practical while scoring a number of firsts. 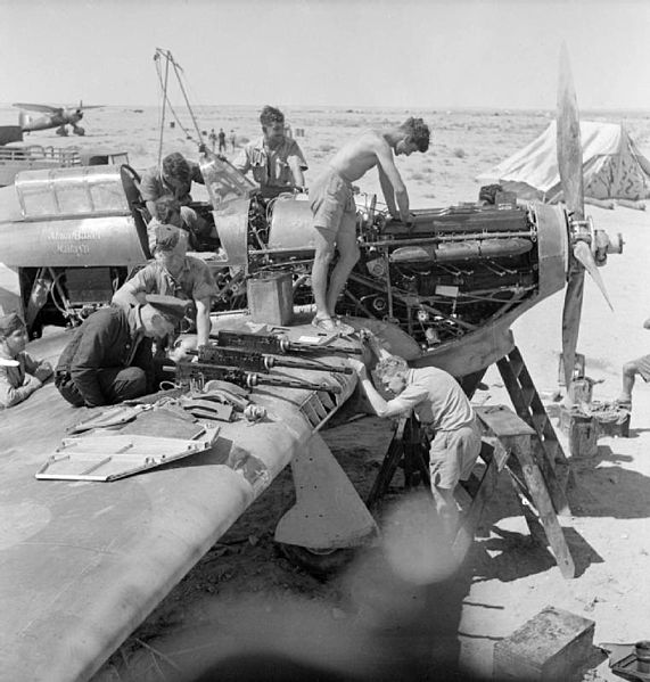 An all-theatres workhorse - the Hurricane in North Africa in WWII

The Hurricane was the RAF’s first fighter capable of exceeding 300mph. It featured a retractable undercarriage and had space for eight wing-mounted machine guns capable of firing without striking the propeller blades, doing away with synchronization mechanisms in the engine.

The aeroplane was tough: an engine capable of operating in all theatres of war – European, desert and tropical while the Spitfire suffered engine problems outside Europe. It was light, too, being constructed in part using lighter-than-wood aluminium.

Camm, with Sopwith’s managing director Sigrist in the 1920s, had developed and patented a technique using steel tube frames that helped ensure the overal airframe light yet tough. They squared off tubes that were replacing wood as the structure of modern airframes so that they could be bolted together instead of welded. Bolting was critical: the quality of welding could vary, making it a potential critical weak spot.

Camm also took two important steps to ensure his Hurricane beat the Spitfire. One was to adapt the design of his existing Hawker Fury biplane. Another was employing a combination of wood and canvas with aluminium not just in the frame but also in the skin - a technique that helped spread weight and stress and, again, meant a lighter and less bulky airframe.

Camm’s approach meant the Kingston production lines could accommodate the new model with relatively little disruption. Supermarine, working on the Spitfire, didn’t have it so easy: it was building a new type of aeroplane with a completely aluminium frame, skin and wing design that used flush rivets for greater speed. It wasn't just a brand new aircraft – it was a brand-new manufacturing process, too, which caused problems in construction and helped ensure delays and missed deadlines. 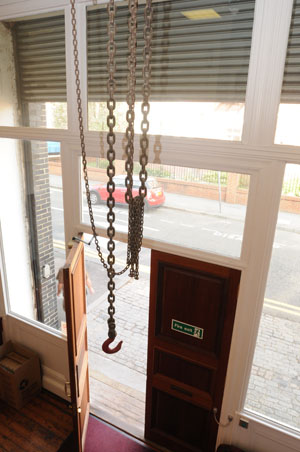 The block and tackle with hook inside

“What he did was design for manufacturing; he made sure even though they were building the best aircraft, they could be built effectively and efficiently. He was keeping an eye from on top saying things like: 'Don’t do that, we can’t build that that quickly,' or: 'We can’t build that time and time again',” Hassard told The Reg.

For all that, the Hurricane was a gamble. Sopwith pressed into production on the first 600 fighters without actually ever receiving an order from the all-powerful Air Ministry – the customer. That meant investing in the people and the plant to produce a new aircraft with no guarantee of an actual buyer.

“They took a big risk,” Hassard said. “That was Tommy Sopwith all over – he was a man who was very quick at taking decisions. A brilliant businessman for those reasons.”

After the Hurricane, Camm went on to design the all-aluminium Tempest, the RAF’s fastest fighter of WWII with a top speed of over 450mph that played a major part in downing Germany’s V1 flying bombs and Messerschmitt’s jet-powered Me 262 – the world’s first operational jet fighter, flying at 870km/h.

Next page: From wood to metal
Page: