From wood to metal

It was during this period that the character of the Kingston plants changed, as aeroplanes went metal.

Hundreds of technicians were deployed on experimental work with test rigs to stress-test airframes through endless cycles of take offs and landings, checking for fatigue or engine failure. Boffins from the National Physical Laboratory (NPL), in Teddington, ran their slide rules over the planes, testing and recording performance in the facility’s wind tunnels. 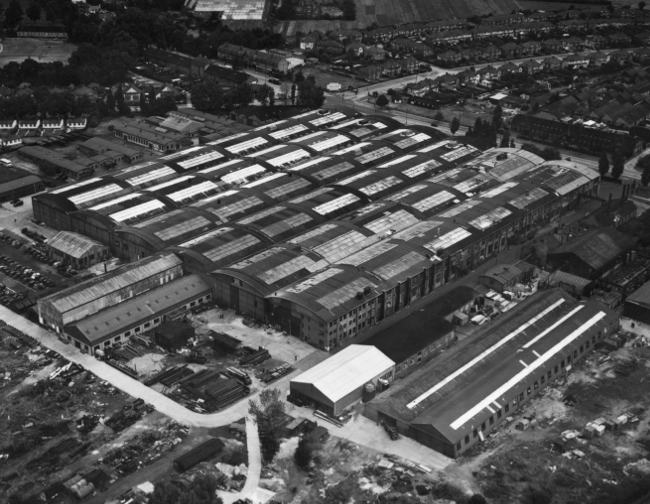 It sounded busy, but everything is relative: Hassard reckons this wasn’t mass production as we’d know it today – the factories in Kingston turned out just a few dozen planes a month in the 1930s and one hundred Hurricanes a month during WWII.

But it was enough: a some points during the 1930s up to 80 per cent of the aircraft serving in the RAF were a Sopwith design. Sopwith's company was a cash-flow positive as a result of the business, and he bought up rivals including Gloster Aircraft, maker of the nippy little Gladiator biplane fighter and later a manufacturing plant for Hurricanes and Typhoons. He also bought Lancaster-Bomber maker Avro. During this period, through a spate of acquisitions, H G Hawker Engineering became Hawker Aircraft.

At the end of WWII, as Sopwith’s factories turned to jets, it was clear Canbury Park was too small. Following a brief search, in 1948 Sopwith bought the Ham factory he’d had to surrender 28 years earlier.

It’s here that our tour goes back up Canbury Park Road, past the rink, and heads north up the Richmond Road/A307 to the site of that factory. In the car, you’ll need to navigate Kingston's one-way maze to get back onto the A307. Or, you can take the 65 bus from Kingston station, and get off at Tudor Drive.

Ham spanned 47 acres so you need to make two stops. First, up to the junction of the A307 and Dukes Avenue. If in the car, turn left and pull into Northweald Lane; if bus, get off at Tudor Drive and walk a short distance. This is the start of a village in all but name; an estate of neat homes and eddying lanes with names like Camel Grove built on half of the old factory site. Head back to the corner and at the junction you’ll find a brick pillar bearing two stainless steel plaques from Kingston Aviation marking the location’s significance and featuring a Harrier – one of the main aircraft built there.

Get back in the car, or walk past the Tudor Drive stop, and travel a few hundred yards back down the A307, turn right onto Lower Ham Road and you end up at a sports field and the YMCA Hawker Centre. This is the other half of the Ham factory – the half that didn’t fall to developers. 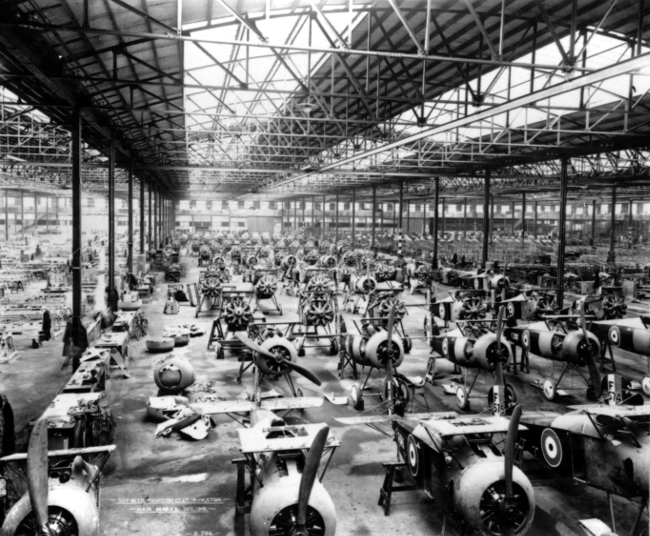 Sopwith Snipes, at Factory No. 3 in WWI. Credit: BAE Systems via the Royal Air Force Museum

To the right, the field runs up against the wall marking the housing estate we just left. Ahead and to the left, the YMCA Hawker Centre. On the right-hand wall of the centre inside the reception is a bronze commemorative plaque. Go in and turn right, past the reception: you’ll find a glass wall bullet-pointing the history.

Back outside and standing on the sports field, you’ll have to imagine Sopwith’s factory surrounded by a cluster of busy offices and facilities.

It was 1958 when the focus moved out of Canbury Park to here as the design office moved into Ham. It was also the year when Richmond Road received massive facelift, acquiring a brand-new façade that was reputedly the work of the architect who’d designed the Milk Marketing Board’s offices in nearby Thames Ditton. It was a grand exterior of tall windows and towering columns looking more like some suburban municipal offices rather than an HQ of national defence.

The only thing that gave anything away was a humble wooden sign reading Hawker Siddeley Aviation Limited, then British Aerospace Company and then just British Aerospace, when the company’s name changed again in 1977 following mergers with other British aircraft makers and nationalisation by the then Labour government.

In addition to design and build were test facilities, including the Mithraeum to strength- and fatigue-test large parts such as entire airframes. Additional testing equipment put fuel, hydraulic, flying and electrical systems through their paces.

It was Ham that became the manufacturing centre for another first in aviation: the world’s first viable vertical take off and landing (VTOL) aircraft. 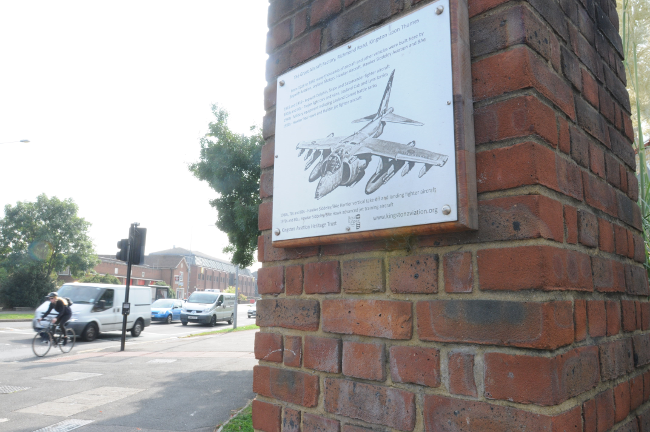 That VTOL aircraft was the Hawker P.1127, which evolved into the Harrier. Nearly 1,000 Harriers were built overall - a seemingly small number, but they made an impact. Harriers were ordered and adapted by the Royal Navy and the RAF. Harriers were also ordered by US forces, normally served by their own defense contractors. Harriers flew with the US Marine Corps under a design produced by US giant McDonnell Douglas and BAe. The last 74 Harriers were only retired by the Brits in 2011 – and they were bought at fire-sale prices by the USMC for parts to keep their Harrier II fleet airworthy.

Next page: Vertical take off, at last
Page:

Schools' laptops are out if this one gets around, but beware bricking
Security30 Jan 2023 |