Exciting possibilities. Just not yet

Review For a celebratory 10th birthday release, Ubuntu 14.10 is a bit of a damp squib.

I've been covering Ubuntu for seven of the release’s 10 years and 14.10 is the first time I've had to dig deep into the release notes just to find something new to test.

If you needed further proof that Canonical is currently solely focused on bringing its Unity 8 interface to mobile devices, 14.10 is the best evidence yet.

Almost nothing Canonical develops has changed in this release - there isn't even a new desktop wallpaper. There are some updates to be sure, but they don’t hail from Canonical. Point release updates for default GNOME apps are included, as is a new kernel, the latest version of Mesa, and some other underlying tools.

The lack of updates isn't unexpected, in fact that's been the plan all along.

Desktop Ubuntu is currently in a kind of suspended animation, waiting on Unity 8 and Mir to be ready for its coming metamorphosis. The short story is that it makes no sense for Canonical to keep refining Unity 7 when it will soon be retired.

There have been enough delays in the Mir and Unity 8 projects already; that Canonical is more or less punting on 14.10 is actually a good thing. Both Mir and Unity 8 were originally scheduled to be ready for this release, but only the most optimistic of Ubuntu fans ever believed the project could write an entirely new display server and integrated, device-spanning desktop interface in such a short period of time.

That Ubuntu is tackling the mobile world at all is reason enough to celebrate - even if you're not an Ubuntu fan. Sure, you can argue that Android is Linux on mobile devices, but it's not what anyone wants when they say: "I want Linux on my phone".

Unity 8 for mobile promises to be much closer to what most would call "real" Linux on a mobile device. And if it's necessary to sacrifice development of the desktop version of Ubuntu for one release cycle to make Unity 8 work, so be it. 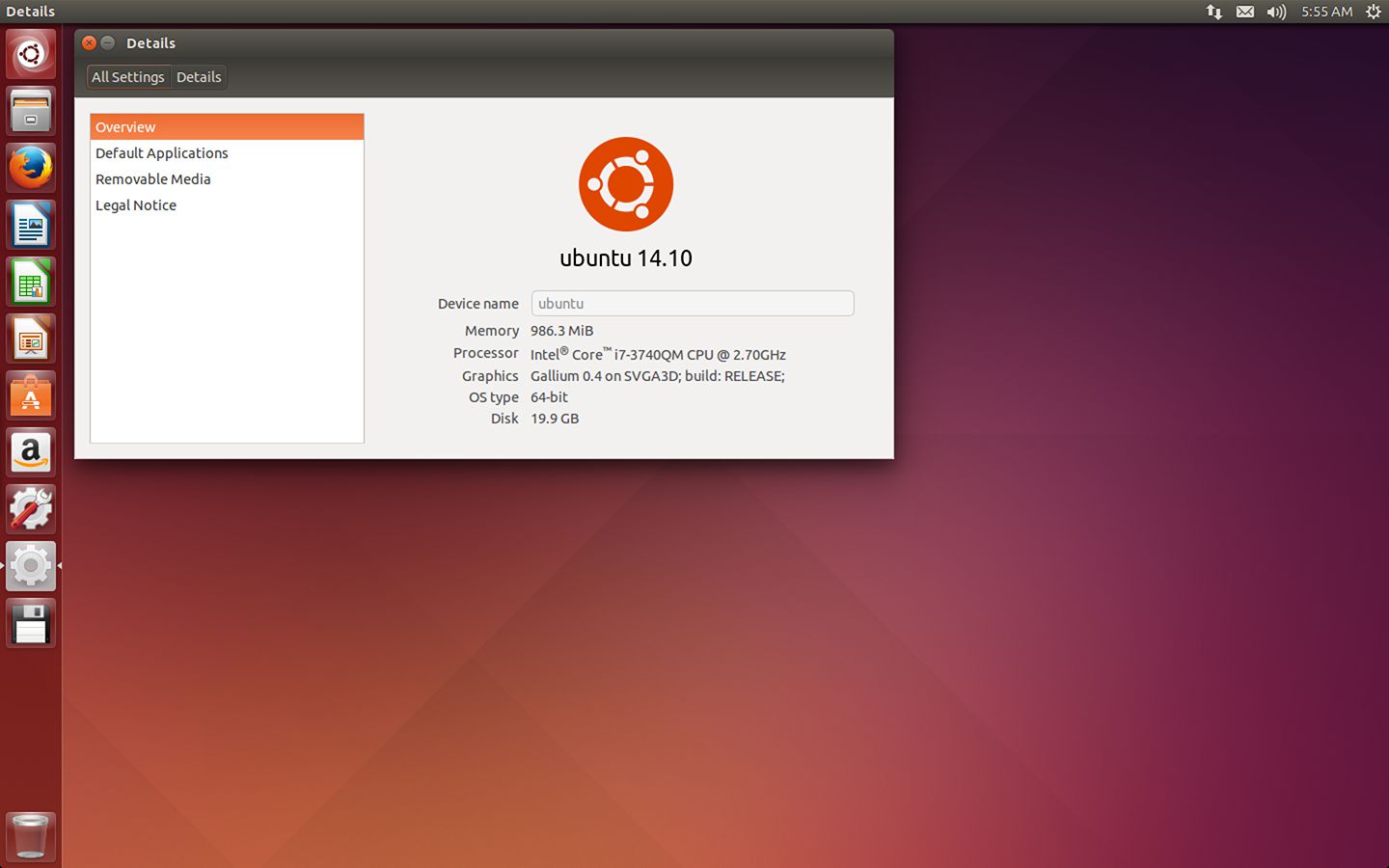 You get what you see - new Ubuntu, same desktop (click to enlarge)

Even Apple (which is several orders of magnitude larger and richer than Canonical) put its desktop OS on the back burner in order to work on its iOS mobile interface.

As I pointed out in the beta review of 14.10, Canonical never had big plans for this release. Head over to the Utopic Blueprints page and you'll see there are only 35 items listed. Compare that with the 13.10 release cycle of last year, which had 195 items.

There are some worthwhile updates in 14.10 from other projects, which will likely be back ported in time.

The GNOME stack that powers Unity 7 has not been changed, which makes sense from a pragmatic standpoint. Why spend a bunch of effort updating to GNOME 3.12 when Unity 8 is coming anyway? While many GNOME elements remain at 3.10 in this release, several of the standard apps Ubuntu includes have seen minor updates - Firefox, OpenOffice, Thunderbird and Rhythmbox are all at the latest stable releases.

Utopic Unicorn also brings an updated kernel, which is now at 3.16. Ubuntu 14.04 LTS shipped earlier this year with 3.13, so there's quite a few new things to be had in 14.10. It might especially be worth testing 14.10 and its updated kernel if you've got newer hardware that's been giving you problems.