Exciting possibilities. Just not yet

Among the notable updates to come down since the 3.13 kernel is stable support for Intel Broadwell CPU graphics, quite a few improvements for Nouveau (including the beginnings of NVIDIA Maxwell GPU support), support for NVIDIA Tegra PRIME and a new Synaptic input driver, which might fix misbehaving trackpads if you've had problems. A full list of what's new in 3.16 can be found here.

Unity itself has also had a slew of small improvements and bug fixes. Among the notable things in this extensive changelog are some HiDPI fixes that make Unity look nicer on high resolution screens. If you've got a HiDPI screen you might notice there's better UI scaling, nicer looking Dash Previews and some refinements to the lock screen.

That's about it for visible changes in this release, though.

Whether or not it's worth upgrading comes down to hardware support. If everything is working fine for you under 14.04, then stick with it - 14.10 is not the 'droid you're looking for. If, on the other hand, you've got new hardware that needs the latest kernel, 14.10 might be the easiest way to get it.

In a way it's fitting that Ubuntu's 10-year anniversary release isn't much of an update. Ubuntu has always been more focused on the exciting possibilities of the future and, that its currently pouring all its manpower into mobile demonstrates that, even a decade on, Ubuntu is still trying to push the boundaries of Linux. 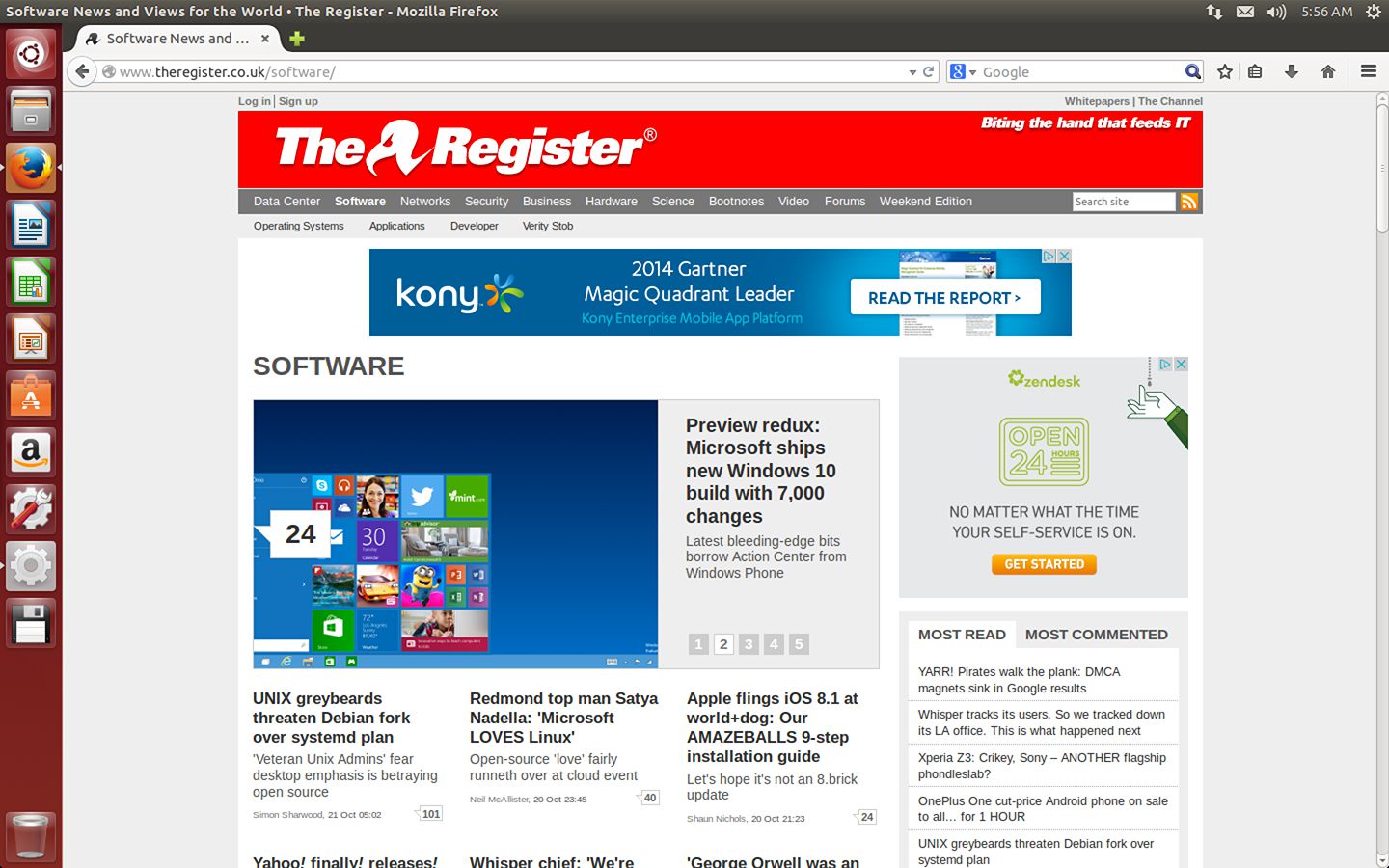 That Canonical has taken its developers off the desktop and put them to work exclusively on the future - Mir and Unity 8 - shows the company isn't resting on whatever laurels it may have accumulated over the last decade.

There are after all, plenty of Linux desktops with flashy new features if you really want something visibly different. Indeed all of the various Ubuntu flavors are turning out much more significant releases for 14.10 - in terms of new features anyway.

Ubuntu though has always been a risk-taking distro and it's nice to know, even if you don't always agree with its decisions, that it’s pushing the definition of what a Linux distro is. It polished the desktop and made it more welcoming to newcomers, something few other distros at the time were interested in doing. In doing so Ubuntu quickly became the most recognized name in Linux.

Ubuntu's role has changed over the years, but perhaps its most significant has been providing a gentle, welcome landing pad for Windows and other "switchers." While many might eventually move on to other distros, Ubuntu was and may well still be the gateway Linux distro.

What makes Ubuntu's mobile efforts so exciting is that the project might be able to do the same thing again, this time in the mobile world. And if Ubuntu can win new users over through the mobile space the way it has in the desktop space I'd argue the entire Linux community wins.

If you want to see what Unity 8 looks like and how it’s coming along, there is a new Ubuntu flavour called Ubuntu Next that you can download and test. Maybe.

Sometimes it installs for me in virtual machines, some times it does not. To say it's pre-release would be a significant understatement. But then, thus far, it's not even designed to run on a desktop so problems are to be expected

I suggest you skip Ubuntu Next. The first Ubuntu-powered mobile devices are supposedly going hit the market before the end of year. In the meantime, there's 14.10. ®