Back to driving's basics with a joyously legal high

Vulture at the Wheel When I took my seatbelt off, the Caterham 160 didn’t beep at me. I didn’t get electronically reprimanded when I got out and left the headlights on and I didn’t have any problems bluetoothing my phone to the radio because it doesn’t have Bluetooth. Or a radio.

An interactive photo of the Caterham. Click on a spot and the image will re-focus itself there

The entertainment system in the Caterham 160 comes from Suzuki, in the form of a 660cc turbocharged three cylinder engine putting out 80hp.

It represents a refreshing antidote to lardy, tech-laden cars. The Seven was famously designed by Lotus in 1957 under a mantra of “adding lightness”, and the newish 160 proves the point. It’s the same back-to-basics philosophy as Raspberry Pi has adopted. I may be the first person to have drawn parallels between Colin Chapman and Eben Upton, but it works.

Just as the Raspberry Pi is the best way to learn about computing by cutting out all the fluff, the Caterham Seven should be an essential part of everyone’s motoring education. This is a car where paint is an optional extra and the rawness is exhilarating. 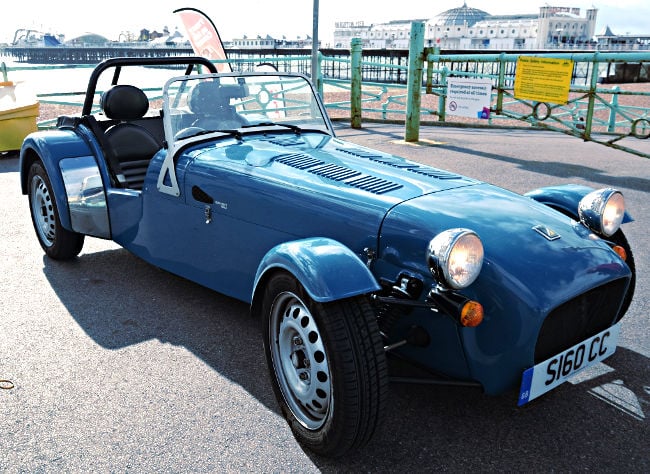 The “160” comes from the power-to-weight ratio. This car weighs a little under half a tonne. My 70 kilos makes a difference. The added lightness means the suspension is that little bit lighter, the 14 inch 155/65 Avon tyres thinner and there is a multiplier between lightness and finesse. The steering, unassisted of course, has a level of feel you don’t get in anything else. Not even a Lotus, and that’s leagues better than something with a German or Italian badge. 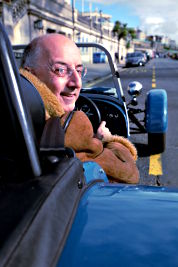 Watching the wheels work is fun. I have to admit to aiming at cats' eyes to see the wheel bobble, and I loved the sky reflected in the big chrome lights. The driving position is great and given the immediacy and delicacy of the whole experience you can be extremely precise. You steer with the power as well as the wheels; there is just the right amount of power to coax the tyres into relinquishing their grip. You won’t leave elevens along the street but you can modify the movement around roundabouts.

The balance of steering and oomph is something to relish. As I negotiated a chicane in a south London street, I thought “This isn’t traffic calming, it’s traffic exciting”. Speed bumps do, however, have to be treated with caution, particularly the dome-shaped “road wart” versions which need to be negotiated with two wheels up and two down to avoid scraping your bottom. I’d still not describe them as “calming”.

Next page: Paltry power? Pah - it's a perfect performer
Page: