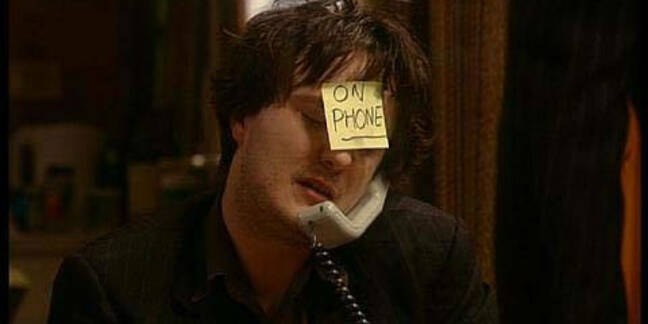 The UK government is hoping to force through a change in law to lower the legal threshold on punishments handed out to companies that make nuisance calls and send annoying texts to Brits.

A six-week consultation process was announced by the Department of Culture, Media and Sport this morning.

Culture Secretary Sajid Javid said that Whitehall was pushing for a change in the legislation, which currently requires the Information Commissioner's Office to prove a firm had caused "substantial damage or substantial distress", before proceeding with any action against such an outfit.

“Companies have bombarded people with unwanted marketing calls and texts, but have escaped punishment because they did not cause enough harm," said Javid.

“Being called day after day may not be ‘substantially distressing’, but that doesn’t make it acceptable. I want to make it easier for companies to face the consequences of ignoring the law and subjecting us to calls or texts we have said we don’t want.”

The public clearly want to see a stop to nuisance calls and texts. We welcome this proposed change in the law which will enable the ICO to make more fines stick, sending a clear message to the spammers and scammers that the rules around cold calls and spam texts must be followed.

The Ministry of Fun's consultation process runs until 7 December. Details this way. ®