Game Theory With every passing moment of Sunset Overdrive you can almost feel developer Insomniac Games' collective relief at it being let off the leash. It's the antithesis to the rather dowdy, oppressive affair that was Resistance. 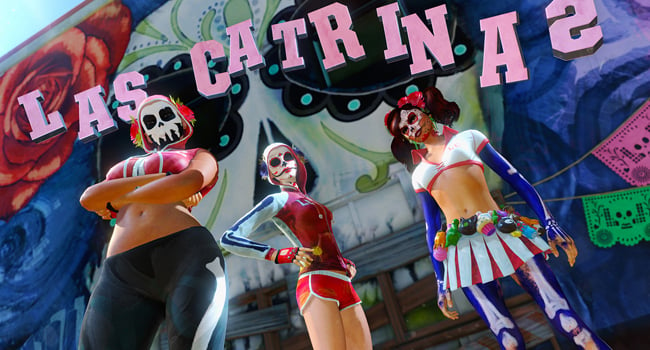 The evidence is there in every tangerine-coloured explosion, over-the-top weapon, and ridiculous monster. Not to mention in all those bizarre wardrobe unlockables that can leave the game’s nameless lead wearing a wolf mask, pink budgie smugglers and little else, should you wish it.

Like an Andy Warhol portrait, Sunset Overdrive is just about as bright, vivid and garish an undertaking as you're ever going to see. It's a kaleidoscopic playground designed to showcase its hero's moves as he grinds, bounces and blasts his way across the city.

Whether through coincidence or by design, Sunset’s central premise of taking on grossly mutated humans is actually remarkably similar to that of Resistance. The mutagen here might be a rushed-to-market soda drink – rather than Resistance’s more traditional alien virus – but the parallels are there nonetheless. 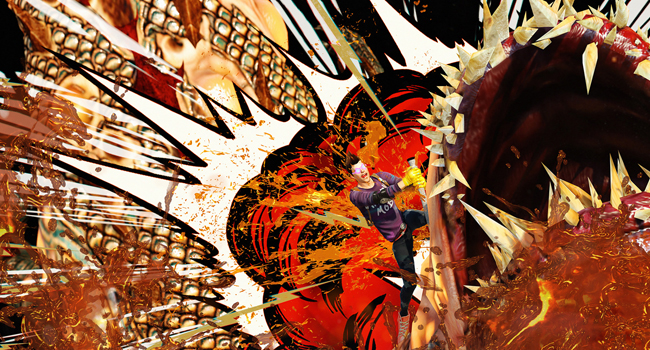 Where comparisons end, however, is in the game's approach. Sunset Overdrive takes place within a cartoon sandbox that could easily be the love child of Insomniac’s own Ratchet & Clank franchise and Infamous: Second Son.

Sunset City is alive with mutants, robots, and human gangs. You might have increasingly devastating weaponry to unleash, but their numbers are such that you won’t always have the upper hand.

Here's where the game's main mechanic of grinding comes to the fore though, with literally every rail, edge, wire and pipe lending itself to an unending grind – physics be damned. Combining grinds with bounces, wall-runs, gymnastics and non-stop violence gives power to your Amps – the ability modifiers. 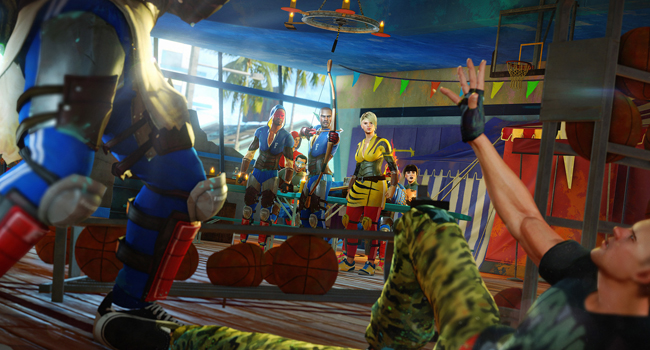 Fargathian knights at your service

Some Amps might give you the power to unleash tornadoes with every swing of your melee weapon, or cause fires with your every leap. Others will modify the game's already creative weaponry — freezing enemies on contact, for example, or turning your target into an exploding teddy bear.

The key to combat – other than ensuring you're in a constant state of locomotion – lies in finding the perfect combinations of Amps. For instance, I found adding the freeze modifier to my acid sprinkler delivered the maximum casualties. But there are all kinds of combinations to try in what is a deceptively sophisticated character upgrade system.

From the off, the game pulls no punches in ramming the fact it's 'self-aware' down our throats. Allusions are everywhere, from the gruff-voiced tutorial announcer that tells us that his is the voice that gamers will listen to 'according to research', to the many respawn animations that satirise gaming and popular culture 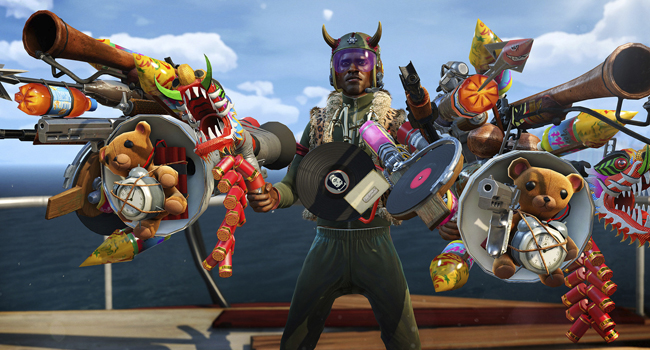 This doesn't prevent Insomniac from resorting to the well-worn tropes of sandbox gameplay, though. In fact, you'll be fetching items, completing timed challenges and defending your base before you know it – but at least the hero always has a pithy comment by way of apology.