New Nominet CEO: I'll embrace past but look forward to the future

"It's too early to tell what areas of growth will be best for Nominet," says Russell Haworth, "but the company has got some smart people, a good board and an active membership base so if we can corral all three, everybody wins."

Haworth has been announced as the new CEO at dot-uk registry operator Nominet after a six-month search. He will start in the new year.

He is not a name that will be known to Nominet members or even the broader domain name industry, however, coming from a corporate finance background and having spent the past six years in the Middle East.

Haworth got a degree in mechanical engineering at De Montfort University in Leicester, then moved to London to take a job with Deloitte & Touche and then Thomson Reuters, specializing in acquisitions and ventures in the information software market. He spent 14 years at Thomson Reuters, first in London, then seven years in New York, then Hong Kong, and finally Dubai, leaving in July this year – the same month that former Nominet CEO Lesley Cowley left.

We caught Haworth on his mobile phone in UAE and asked him how he heard about the job. "It was during a conversation with someone I know in Dubai," Haworth said. "He saw the ad and brought it to my attention. So I started to dig into the industry and saw a reasonable amount of change. Nominet struck me as very interesting, with plenty of opportunity for innovation."

After 14 years in the information software space he was looking for change, Nominet represents a "new vector for me, a new twist," Haworth admitted. As for the organization itself, Haworth feels Nominet has "a good heritage, good foundations and good potential for growth in the future."

Nominet has not been the happiest place in recent years, with the staff and board repeatedly attacked by the organization's members for pushing their own agendas and ignoring feedback.

There have also been several highly contentious board elections in which the board itself has intervened, publishing documents critical of people standing for board positions and authorizing staff to actively canvass on behalf of their preferred candidates. 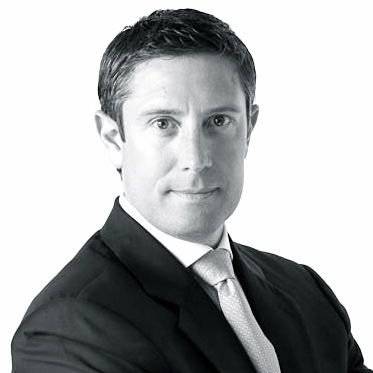 Haworth appears aware of the recent torrid history but as a complete outsider he has little to say about it. "I have spoken to board members and staff and a few members," he says. "Some want Nominet to stay exactly as it is; others are more willing to look forward. I plan to look toward the future: see what Nominet can do to support the membership but also see what Nominet needs to do going forward." Although currently living in UAE, Haworth, a Brit, will move back to the UK in time for his January start date. "It's too early to tell what areas of growth will work best," he told The Reg. "I will be looking closely at it when I start the job. But I understand there are already a number of things in the pipeline."

Nominet's board has yet to explain its choice or outline what it feels Haworth will bring to the organization, beyond a generic welcome quote from its Chair: "Russell brings an excellent mix of leadership qualities, experience working in complex stakeholder environments and a strong track record in developing a core business while exploring new opportunities," Rennie Fritchie said in the official press release.

Whatever the results, Nominet will be glad to have to someone at the helm after six months without a CEO, especially someone with no connection to the past five years of internecine battles. ®