Social media is something you would think your "future minister" is active on. Not so in Sweden.

As part of the Prime Minister's office, the minister for "Strategy, Future Issues and Nordic cooperation" is a significant and powerful voice. Kristina Persson's voice does not extend to the internet however.

Criticizing his new government's social media presence (Sweden had elections earlier this month), political scientist Ulf Biereld noted that while its previous foreign minister Carl Bildt had "ran a not inconsiderable part of Swedish foreign policy through his personal Twitter account" and built up a stockpile of over 100,000 tweets, his successor Margot Wallström has a little over 500, most about sexual violence against women.

But it was Biereld's observation that it is a "twist of irony" there was not a trace on social media of Persson as the country's future minister that set the internet alight. One newspaper article led to another, which led to Twitter getting involved.

Asked about her failure to interact online, Persson told Expressen that she was "looking at it" and had discussed with her staff whether she should start to be active. Her spokesperson tried not to sound defensive but failed: "It requires a commitment, and then you have to decide what your strategy would look like. One has to find your own way which is personal without being private."

Being responsible for looking at, and developing solutions to, some of Sweden's long-term issues means that the Persson looks into issues "which are often more complex than 140 characters". 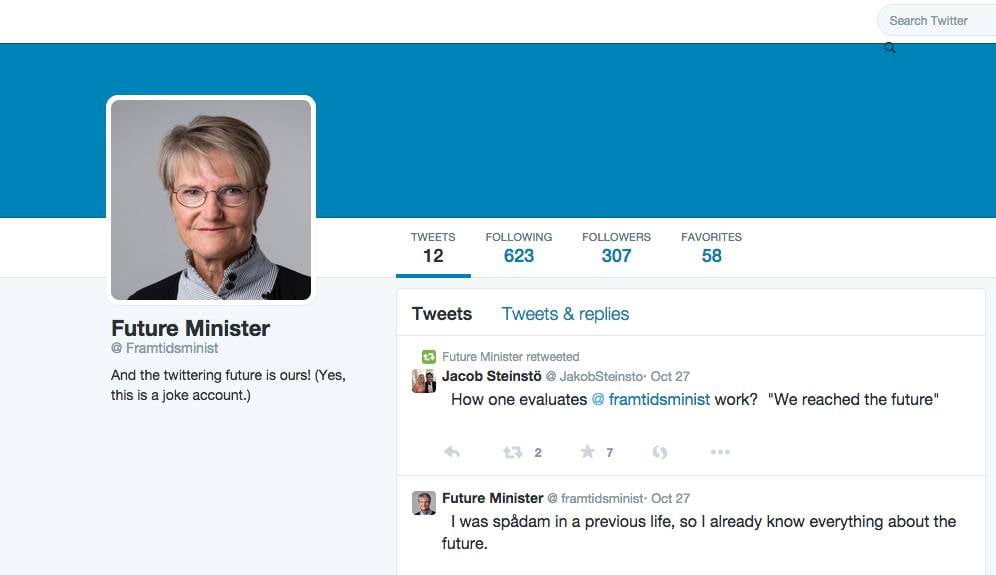 As Ulf Biereld, the man who pointed out the somewhat lacking effort to engage in modern communications, notes: "A social media presence should be as natural for a politician to have a computer or cell phone. It is not strange or unusual to be in social media. It's the opposite, those that are not there are the ones who are weird." ®