Speculation rife, but Orbital claims it's too early to tell

Speculation is rife that the Antares rocket accident at Wallops on Tuesday evening was caused by the 1960s-era Russian engines powering the craft, though the official investigations have only just begun. 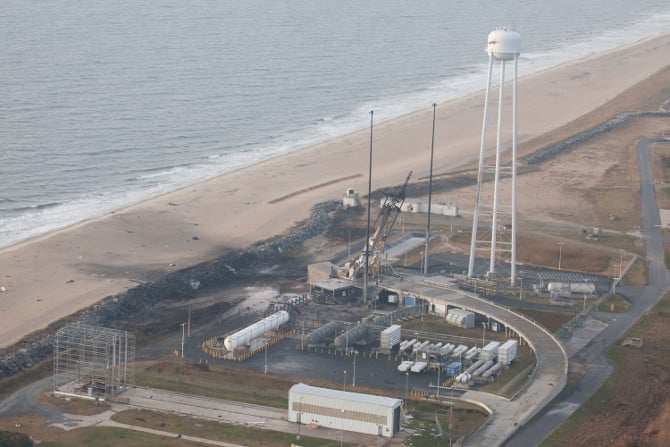 Private space firm Orbital Sciences has already faced criticism for the Antares design, which uses two AJ26 engines to power the rocket’s first stage. The engines are refurbished versions of the NK-33s built by the Soviet Union at the height of the space race.

Now the Antares is facing renewed scrutiny after an unmanned cargo-craft version blew up just seconds after launch from NASA’s Wallops Flight Facility on its way to the International Space Station.

The accident took out over 2,000kg of supplies and science experiments for the ISS as well as the $200m rocket itself and the Arkyd 3, the first tech and system test platform for asteroid mining hopeful Planetary Resources. The A3 was due to space-test the company’s avionics and control systems in low-earth orbit after a few months hibernating on the station.

No-one was hurt in the incident, but the explosion also caused damage to NASA’s Wallops facility, which the space agency is still assessing. NASA said that its initial examination showed that a number of support buildings in the immediate vicinity had broken windows and imploded doors, while a sounding rocket launcher beside the pad suffered the most severe damage. The transporter erector launcher and lightning suppression rods on the pad were also damaged.

“In the coming days and weeks ahead, we'll continue to assess the damage on the island and begin the process of moving forward to restore our space launch capabilities. There's no doubt in my mind that we will rebound stronger than ever,” said Bill Wrobel, Wallops director.

Orbital said it has formed an anomaly investigation board to work with government agencies and figure out what went wrong with the Antares rocket.

“It is far too early to know the details of what happened,” Orbital’s exec veep and GM of advanced programmes, Frank Culbertson, said in a statement.

“We will conduct a thorough investigation immediately to determine the cause of this failure and what steps can be taken to avoid a repeat of this incident. As soon as we understand the cause we will begin the necessary work to return to flight to support our customers and the nation’s space programme.”

Long before the accident, Orbital Sciences use of the 1960s-made Russian engines raised some eyebrows, with competitor Elon Musk of SpaceX mocking the Antares design for using engines that had been locked up in Siberia somewhere for decades.

In May this year, one of the two AJ26 engines set to lift an Antares rocket off failed during testing at the Stennis Space centre, exploding on the stand.

David Thompson, chief exec of Orbital Sciences also said in a conference call with analysts that the company had already been looking for a replacement for the AJ26 before the failed blastoff on Tuesday, adding to rumours that the engines were at fault.

Meanwhile, Planetary Resources said it planned for setbacks like this and would be able to go on with testing its technologies.

“A scenario such as this is part of any early-stage company, and certainly for companies like ours that are striving towards such an audacious mission. It would be very surprising if failures or setbacks like this did not occur, which is why we plan for them,” Chris Lewicki, chief asteroid miner, said in a statement.

“While we are saddened about the unfortunate consequences of this launch failure, our own development schedule, budget and plan are practically unaffected. In fact, we are already hard at work developing our next test vehicle, the Arkyd 6, which is planned for launch in third quarter of 2015. It will build on knowledge gained from our development of the A3 and iterate to our next level of design.” ®